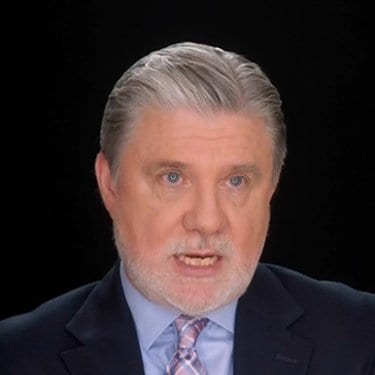 I dealt with Mike Rinder’s Office of Special Affairs while I was in Scientology. And when I left in 1999 to speak out against Scientology on the Internet, I dealt with Rinder then, too.

So I’ve been watching Mike Rinder for a long time. Knowing very well what he did when he was in, and watching closely what he has said about it since he’s gotten ‘out’.

I’ve seen and documented very clear patterns in the ways he lies and distracts people from the truth about his own career, what he did to people, and what he knows about what Scientology did to people.

A very clear example of how Mike Rinder lies and distracts people away from the truth occurred on Twitter on Friday 19 Feb 2021.

I’ll lay it out here so you can see it:

First, Tony Ortega tweeted out an article about the Danny Masterson trial: 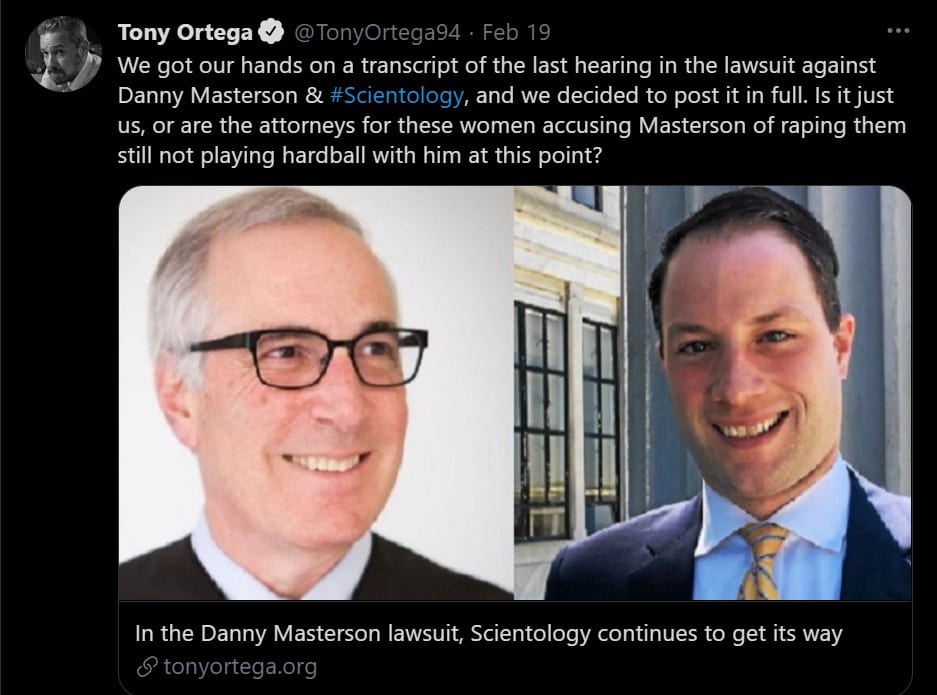 Mike Rinder’s role at the time these women were coming forward in 2002/2003 was the Commanding Officer of the Church of Scientology’s Office of Special Affairs, and Rinder’s role was to handle all “flaps and blows” and to report on his handlings to David Miscavige every day.

It’s clear to anyone who knows anything about how a staff job is run in Scientology, especially in the Sea Org at it highest most micro-managed levels, that Mike Rinder ran the program to silence Masterson’s alleged rape victims for the Church of Scientology and he reported to Miscavige every day about the actions he took.

Ortega has written about how these women were silenced at the time of their first reporting Masterson to Church authorities, but he’s never gone into any detail about WHO would have done the silencing, and HOW that would have worked within the Church of Scientology’s hierarchy in 2002/2003.

I don’t know why. But in any of these scenarios, Ortega has never reported nor apparently even tried to find out how this went down with Mike back in 2002/2003 when these women were coming forward and Mike Rinder was running OSA. 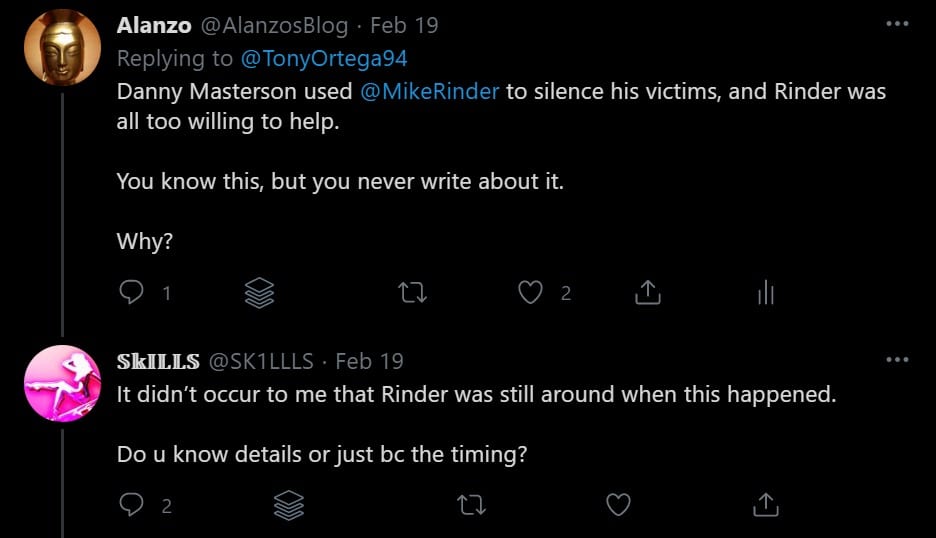 Twitter user @SK1LLS asked me to provide how I know this. 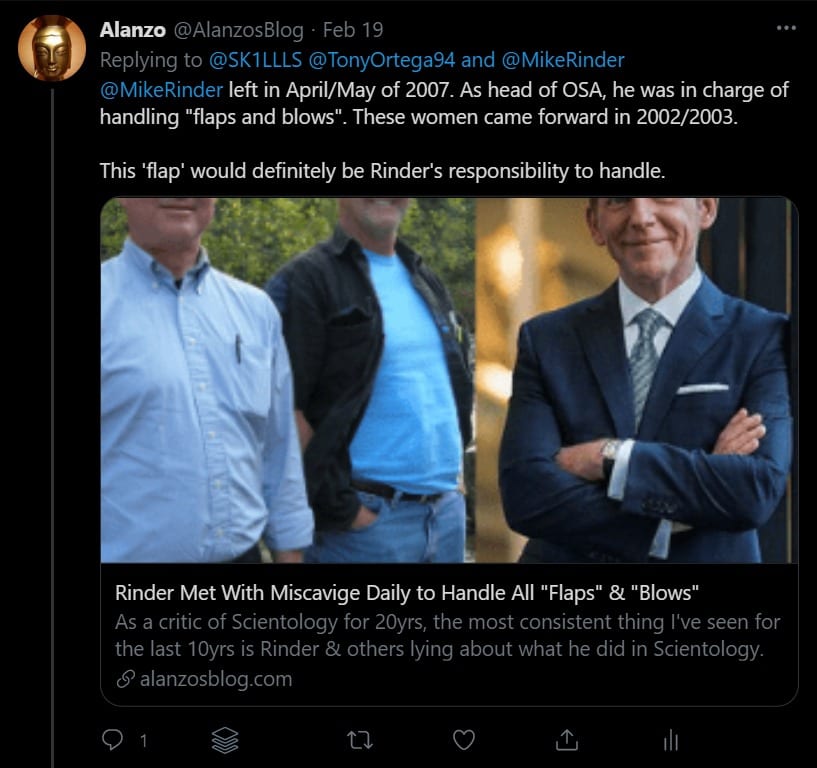 Then Mike Rinder burst into the conversation: 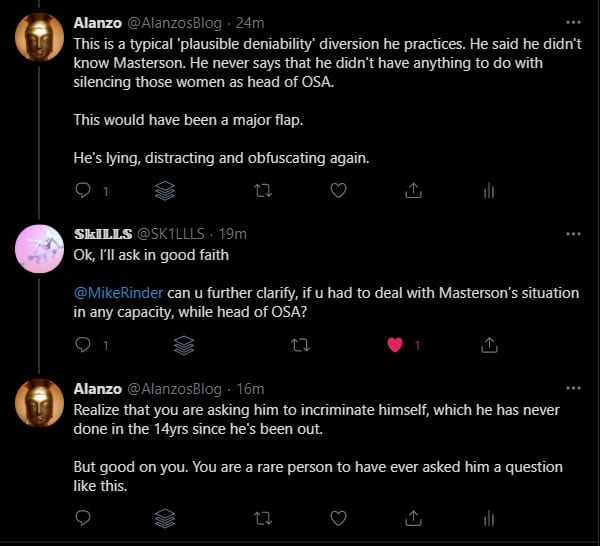 So @Sk1lls then asks Mike Rinder a direct question which could clarify the whole thing.

Watch her question and Mike Rinder’s answer back to her:

As you can see, Rinder did not answer her question.

He answered a different question than he had been asked.

This is a Scientology technique called a “no-answer”.

@SK1LLS wrote: “@MikeRinder, can u further clarify, if u had to deal with Masterson’s situation in any capacity, while head of OSA?”

This is Rinder’s “no-answer”.

This handling is taught in communication courses in Scientology, and is part of Mike Rinder’s “REPORTER’S TRs” training to handle questions you don’t want to answer – to lie and distract people from the truth.

I’ve watched Mike Rinder do this for 36 years, from both inside and outside the Church of Scientology.

He is still lying & hiding and distracting off the criminal parts of what he did in Scientology while running the Office of Special Affairs for David Miscavige.

The problem is, unless you have a lot of experience in dealing with Scientology, Rinder’s Scientology schtick works on you.

Remember, this was the guy who ran the Office of Special Affairs, the most criminal arm of Scientology for 22 years.

And yet he’s revealed no crimes?

Be watching Mike Rinder as the Danny Masterson trial gets closer. Once you see him do this, you can’t unsee it.

A whole lot of people are no longer going to be fooled by Mike Rinder.