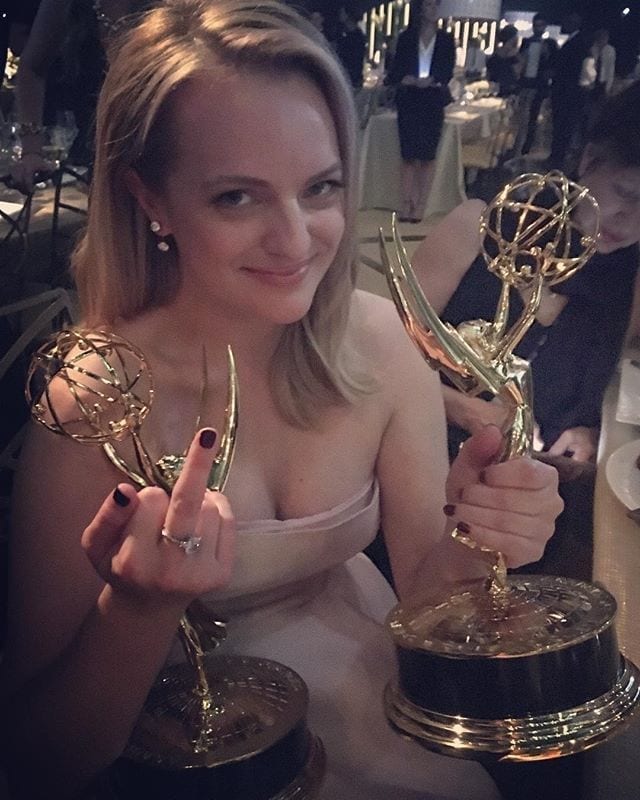 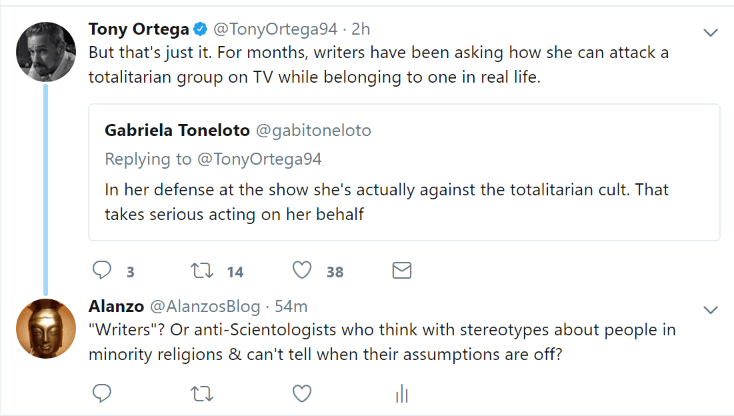 To hear Anti-Scientologists tell it, Elizabeth Moss was just a clueless & brainwashed Scientologist during her Emmy-winning performance portraying Offred in “The Handmaid’s Tale”. But is thinking with stereotypes about people in minority religions ever going to explain how Elizabeth Moss is such a great actress?

There is a word for this obstinate ignorance in the face of evidence which shatters the stereotypes they are thinking with but, for the life of me, I just can’t think of what it is right now.

Yes. Scientology – especially at the highest levels of its Sea Organization – as run by their leader David Miscavige, DOES QUALIFY as a totalitarian cult. But 85% to 90% of all Scientologists are not members of the Sea Organization and have never participated, nor would they, in the abuses that you see on Leah Remini’s “Scientology and the Aftermath”. They are good people who spend much of their lives doing things to help others.

Elizabeth Moss Scientology participation never included being a member of the Sea Organization, and from what is obvious in her spirited performance in The Handmade’s Tale, never fucking would be.

But if they did, would they still be able to whip up people into a prejudiced and intolerant lather against them?

I don’t think so: History has shown that multi-layered and highly nuanced truths are not really good at whipping up mobs of people against minority religions. They’re boring and take too much thought. Anti-Scientologists need something simple that mean, angry people can understand. “Brainwashed in a Mind Control Cult” will do.

If you want to understand the controversy surrounding Scientology, don’t stop at the kindergarten stereotypes like “brainwashed cult member” that anti-Scientologists want to give you. Look at brilliant Scientology artists like Elizabeth Moss, Chic Corea, Neil Gaiman (no longer in, but grew up in it) and others. The stereotypes just don’t explain these people.

So the stereotypes must be wrong.