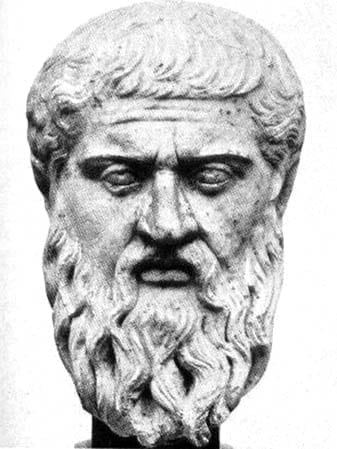 Another excellent discussion over on Mike Rinder’s blog prompted me to post this solution to the endless tribal warfare between “spiritualists” and “scientists”.

Although I almost always disagree with her, Marildi, once again does an admirable job making her case. As well as Eclipse-Girl, Roger Hornaday, and the rest.

FOTF2012: “JG can now sense magnetic fields. There’s a win that could be scientifically tested, so how about proving it so the world might be convinced?”

There apparently is evidence already. The first part of this video talks about birds, fish and animals. and then at about 4:00 is some info about humans and magnetic fields. https://www.youtube.com/watch?v=JydjryhEl5o&feature=youtu.be

Quoted from below the video:

Sheldrake is controversial.
He is stating hypotheses.

He has no science to base his hypothesis.

We also know that other species have other sensory organs that humanity.

I really wish there was an edit function.

“There is no evidence for human, or other species having telepathy.”

Eclipse-girl, it may surprise you to know – since many “scientific” circles deny it – that there’s a lot of evidence for telepathy. In the same article I quoted in my reply to you below, the author gives sources of evidence that ESP has been verified countless times. You can check those references for yourself.

“As to extrasensory perception, this phenomenon has been verified countless times in carefully controlled laboratory conditions. Such experiments are a matter of public record, and their significance has been confirmed by independent statisticians. Shermer [a critic of Sheldrake’s hypothesis] could read all about it in Dean Radin’s *The Conscious Universe* or Chris Carter’s *Parapsychology and the Skeptics*. Instead, he rejects it without investigation, as if all ‘psychic’ entanglement is simply impossible. If physicists had taken that approach with quantum entanglement, we’d have lost an opportunity to learn something about nature.” http://www.skepticalinvestigations.org/Debates/Dace_Anti-SheldrakePhenomenon.html

To educate others, please read the references below

Two other people found these references for me.
Thank you Mark Foster and Robert Hammond

This is important to me, and people like Espiando because we were educated about the scientific method and experimentation. I fully admit to being a skeptic and an empiricist.

Thanks for the links to the articles, Eclipse-girl, I enjoyed reading them immensely. I know some people think adherence to empirical science preempts spirituality and as a staunch man of science I am NOT a mechanistic materialist (which is a fancy way of saying “atheist”). I recall the Dalai Lama saying that if science were to disprove his beliefs he would have to side with science. The last time I checked he was still devoted to his religion.

Eclipse-girl: “I fully admit to being a skeptic and an empiricist.”

It’s wise to be skeptical but, as I imagine you know, any genuine scientist is both skeptical and open-minded. Unfortunately, that has not been the case with the leading critics of Rupert Sheldrake’s hypothesis. Here are some quotes from an article titled “The Anti-Sheldrake Phenomenon” (which, btw, includes a critique of that first article you posted a link to, the one at the Scientific American website, titled “Rupert’s Resonance” by Michael Shermer):

—————————
“Whether or not ‘formative causation’ [Sheldrake’s hypothesis] turns out to be true, that it’s a scientific theory is a simple fact. By denying this fact, Maddox [the journalist who started the ‘anti-Sheldrake phenomenon’] sinned against science.”
[…]

“Once Maddox opened the gate, legions of ideologues felt free to launch their own misguided attacks. Somehow it seemed acceptable, even for non-scientists, to ridicule a distinguished scientist with the audacity to propose a testable theory of development from the egg. What unites these dogmatic reductionists is their delusion that they represent ‘scientific skepticism.’”
[…]

“Skepticism is in the eye of the beholder. Though Shermer [in a column for Scientific American, ‘Rupert’s Resonance’] is correct that doubt is the default position when it comes to unproven claims, he doesn’t realize that when he says people are routinely fooled by their sense of telepathy, this too is a claim that ought to engender skeptical inquiry. Has he tested this claim? Has he conducted trials showing that people easily gain a false sense of being stared at from behind? Then again, why bother putting your claim to the test when you already know you’re right?

@ Marildi,
I read your article.

I have no problem with faith. My definition of faith is the belief in something that can never be proved.

I stand by my statements, that Sheldrake’s hypotheses have not withstood scientific testing. As a result, it is reasonable to call it pseudo – science.

Eclipse-girl, I appreciate your open-mindedness in reading the article I quoted.

You commented: “My definition of faith is the belief in something that can never be proved.”

I think you’d agree that it would also be mere faith to believe that what is considered (at least thus far) to be “paranormal” can never be proved. And it seems to me that this belief exemplifies the faith of many of Sheldrake’s critics. Their minds are made up about anything that has not been proven – which itself is in violation of the scientific method since it demands open-mindedness. Such critics are forwarding dogma, regardless of the fact that it is a dogma widely held by many “scientists”. The very least we could say for Sheldrake is that he is trying to explain phemonema that science largely ignores.

You also wrote: “I stand by my statements, that Sheldrake’s hypotheses have not withstood scientific testing.”

In answer to the question “Do you have evidence for your hypotheses?” Sheldrake stated the following:

“Yes. For the hypothesis for morphic resonance, several other scientists and I have tested it in the realms of human and animal behaviour over the last 30 years. This evidence is summarised in the third edition of my book *A New Science of Life* (2009), called *Morphic Resonance* in the US, and I propose 10 new tests in the Appendix to this book….

“For my hypotheses about the extended mind and telepathy, much evidence is summarized in my papers on these subjects, and in my books *Dogs That Know When Their Owners Are Coming Home* and *The Sense of Being Stared At.” http://www.sheldrake.org/about-rupert-sheldrake/frequently-asked-questions

For you or anyone interested in reading Sheldrake’s papers on these subjects, there are links to them at the above site.

Further back and forth on this topic is a waste of time. Nobody’s mind is being changed on either side of this argument. Just in case the participants hadn’t noticed.

“I recall the Dalai Lama saying that if science were to disprove his beliefs he would have to side with science. The last time I checked he was still devoted to his religion.”

If the Dali Lama could ever prove his beliefs, scientists would be on his side. Last time I checked, he can not.

The proof that specific knowledge will liberate a person from suffering, can only be known by the person who has been set free from suffering by that knowledge. How can I prove to you that there is a truth that when understood will liberate a person from unhappiness? I can’t, obviously, and the beauty of it is that I don’t have to in order to enjoy the benefits of it. Same goes for the Dalai Lama.

Roger,
I have no problem with theists.

I have an issue with pseudo science being taught as science, or thinking that that hypotheses are theories (in the scientific sense)

I also believe an atheist can have spiritual moments.
One of best evenings I ever had was watching a night sky on an island in Lake Titicaca and realizing how immense the cosmos is, and how insignificant I am.

Eclipse-girl, From a scientific standpoint, a theist and an atheist both have unscientific positions. Both are making position statements about something that cannot be as of yet tested, therefore neither position can be held with ANY scientific conviction. But only … faith.

Science is limited to what can be tested.

But human experience encompasses much more than what can be tested.

Therefore, science can not possibly address most of what a human being experiences.

Anyone who looks to science – from the quantum-“woo” spiritualists to the Dawkins radical atheists – to provide a meaningful philosophy of life as a human being is waddling in a stagnant pond.

Since science is limited to what can be tested, then there is no conflict between science and belief, and never has been. It is our tribal nature which causes us to fight endlessly with the other side over this bullshit.

My heartfelt suggestion is to read Plato. He addressed all this fully 2500 years ago, better than anyone since.

You can create a meaningful life for yourself which fully embraces belief and science, and which stays healthy and productive and never fanatical, and which never threatens you with bankruptcy from too much credit card debt.

It seems it is my lot in life to always have to step in and settle these things.

Perhaps one day, Man will be evolved enough to not need my advice.

Here’s a great place to start with the whole Plato-Thing.