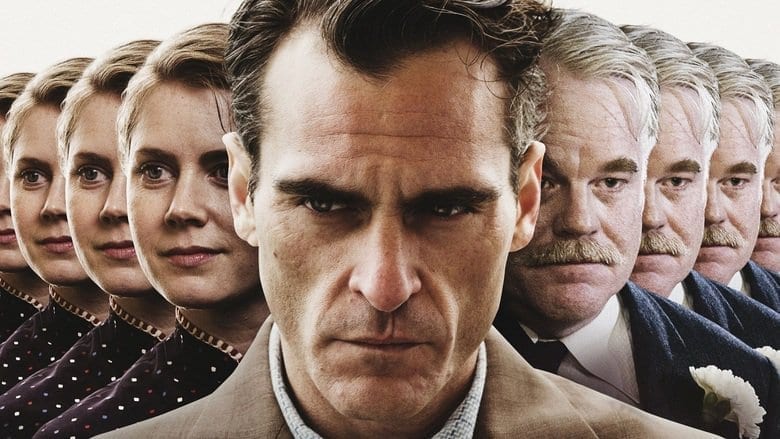 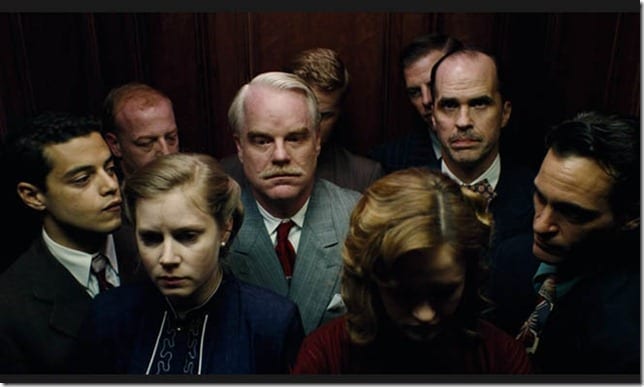 For anyone not intimately familiar with Hubbard’s writing and the early history of Scientology, you should know that almost every word that Hoffman’s Lancaster Dodd speaks in Paul Thomas Anderson’s The Master is either a direct quote or a paraphrase from L Ron Hubbard.

You should also know that the sequence of scenes in this movie follow the early history of Scientology, and the development of its early esoteric technology, almost exactly.

PTA [Paul Thomas Anderson] said that he did not know much about how Scientology exists today, but that he knew a lot about the early history of Scientology. This set me out trying to find out how he knew so much about this – because he has the timeline and locations almost exactly correct – with dates – in the movie. He did say in an NPR interview that he studied “The Aberee”, but he seems to say in the following interview that his father was involved in the early Dianetics movement.

There is a character in the movie from New York, the guy who greets them at the dock and who Jauquin Phoenix’s character, Freddie Quell, beats up in Phoenix. That character tells Freddie, as Freddie is leading him out of the room to go beat the s**t out of him, that he edited Dodd’s first book and considers him a first rate mystic, but that he believed his second book could have been edited down to a 3 page pamphlet.

I believe this character represents Forrest Ackerman, Hubbard’s first editor who was involved in the early Dianetics movement.

In some way, I think there is a connection between PTA’s father and Forrie Ackerman, and that PTA heard stories from these guys growing up. Because PTA’s portrayal of Dodd as a greedy, jealous, and insecure person (read the lyrics to the songs the characters break into for “Don’t Sit Under the Apple Tree with Anyone Else But Me” and “Get You on a Slow Boat to China”) show a very deep insight into L Ron Hubbard.

These insightful character traits that PTA creates for Lancaster Dodd explain to me why Hubbard did almost everything he did in Scientology – from Scientology’s socially coercive influence techniques, to the strict ideological environment he developed, to Scientology’s operand conditioning techniques and everything else that makes “standard” Scientology what it is today under David Miscavige.

But maybe I’m wrong about all this, and this post is simply what I myself bring to this particular cinematic tour de force.

All in all, as an Ex-Scientologist, this movie was a truly cathartic work of art for me. And I very much appreciate Paul Thomas Anderson’s artistic genius in creating it.

Further thoughts on The Master: