I used to think that as long as I was not in the cult of Scientology, I would never fall into the unquestioning, partisan mindset that I had adopted when I was a Scientologist.

During the 15 years since leaving Scientology, I’ve learned everything I could about logic. I’ve taken courses on decision-making because, obviously, I’d made many poor decisions as a Scientologist. I’ve studied a lot of atheist and skeptic philosophy from ancient Greece all the way up to Michael Shermer, Richard Dawkins and Sam Harris. I’ve also become as scientifically literate as I can be without becoming an all-out freaking scientist.

As an Ex-Scientologist, I debated Scientology on the Internet with Freezoners, Independent Scientologists and, in the early days, fervent Churchies. I found that every once in a while, one of the points they made would get through to me and I would realize that I had been wrong about a criticism of Scientology, or I had conveniently forgotten some valuable part of my own past as a Scientologist.

Identifying Too Strongly With Your Tribe

I began to realize that since the truth has no ‘sides’, then there was a problem with me adopting the Ex- or Anti-Scientology ‘side’ in all my thinking and discussions about Scientology.

I realized I’d been blinded by my own loyalty.

I started writing things that went against what my Ex- and Anti-Scientology group agreed upon, but which I sincerely believed to be true. My popularity suffered greatly. Instead of the public praise I had become used to while writing what my group agreed with, I started receiving public ridicule and insults, and people regularly blowing up at me. There were bannings and threats of bannings. And I lost whole lots of my Ex- and Anti-Scientology Internet “friends”.

You don’t have to go so far as to join a cult to develop an unquestioning partisan mindset, you just have to be a loyal member of a tribe. 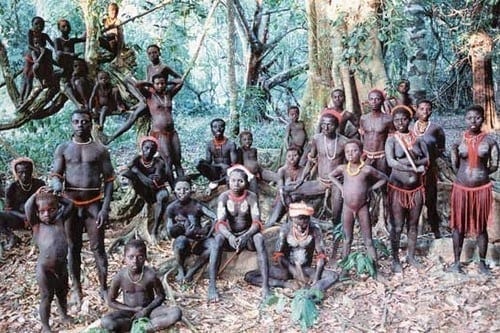 Human beings are a tribal species. Tribalism is literally built into your DNA. You don’t even have to think about how to do it. You join a tribe naturally.

Any member of a tribe is a willing member. They willingly shut off their questioning mind, and turn on their partisan tribal mind not because a cult leader tells them to, but because their tribe needs them to if they are to remain a member. Because human beings are fundamentally a tribal species, people instinctively know what ideology and behavior to adopt to remain popular, and to keep their standing, in a tribe.

The problem was never cultic thinking, or being in a cult.

Not even the atheistic, anti-scientologist never-ins can claim that they are exempt from tribal thinking.