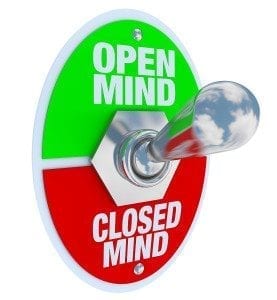 If you came upon an article on the Internet about psychiatry which made some of the same outrageous claims that the Citizen’s Commission on Human Rights made, it would be an important critical thinking point to know whether the author was a Scientologist.

Knowing whether the author was a Scientologist would allow you to know the context of the author’s ideas, and you could better understand where the ideas were coming from, and why.

In the same way, when you see an article about the abuses of Scientology, calling it a “cult”, and leveling charges of “brainwashing” and “mind control” and comparing Scientologists to “robots”, it would be important to know the religious and spiritual background of the author.

Because studies of the anti-cult movement show many representatives from mainstream religions inhabit their ranks, and just as it was important to know it was a Scientologist who wrote the article against psychiatry, knowing the context of the author’s ideas here would provide you with important critical thinking points.

For centuries, mainstream religions have been threatened by newer minority religions and have fought against them. Ever since the 1970’s and 1980’s however, their religiously-motivated attacks on these newer religions changed to a more “psychiatric mental illness” paradigm, than the satan-inspired spiritual deception messaging they were using before.

All have ideological teachings against “cults” and “new religions”.

For instance, how many Catholics have you seen who are up in arms about Leah Remini’s episode where a single adult Scientologist was indifferent to the pleadings of a child victim of sexual abuse in the cadet org, but who never raised a peep about the thousands of children abused by pedophile priests in the Catholic Church?

Did you know that Ted Patrick, the notorious father of deprogramming, is a devout Christian?

And did you know that Tony Ortega is a devoted atheist?

Just as it is important to know that a Scientologist has written a screed slamming psychiatrists, it is equally important to find out the religious and spiritual backgrounds, and ideological rationalizations, for members in the anti-Cult movement.

So next time you see a rabid anti-cultist, find out what their religious and spiritual motivations are. If it’s important to know if someone is a Scientologist, it is just as important in their case, too.

1 thought on “What Do Religious & Spiritual Beliefs Have to Do With the Anti-Cult Movement?”