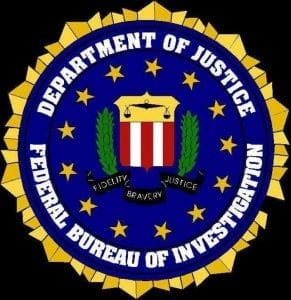 Tony Ortega’s charge, that the Church of Scientology has so much political power that it can shut down a FBI probe into human trafficking at its international headquarters, is quite a claim.

But I don’t think any of Ortega’s followers are really thinking about this claim of his, and what it actually requires in reality if it is true.

As a “datum of comparable magnitude” at a critical time during the 2016 presidential election, FBI director James Comey wrote a letter to the press that Hillary Clinton says contributed to her loss of the election. If the FBI was a law enforcement agency that ran and hid itself from anyone with political power, how could this have happened?

Does the Church of Scientology have more political power than Hillary Clinton?

What Tony Ortega is not showing his followers in his atheist-inspired daily biased broadsides against Scientology, is the every day real world life of a federal prosecutor. Or any prosecutor, in fact.

Hillary Clinton is another instructive example here. When the FBI released the findings of their investigation into Hillary Clinton’s home-brew email server as Secretary of State, they showed that the best they could charge her with was a misdemeanor, and even that had too little evidence to gain a conviction. So they ended their investigation and did not charge her with a crime.

Yet no nowhere in Tony Ortega’s article does he even mention this fundamental dynamic in law enforcement investigations which lead to criminal charges being filed. Instead, he uses these documents as PROOF that Scientology is engaged in criminal activity and the Church of Scientology is so politically powerful that the FBI is simply afraid to prosecute them.

In fact in NONE of his articles has he deigned to acknowledge that the most likely reason the FBI dropped their 2009-2010 investigation of human trafficking by the Church of Scientology was that there were a lot of accusations but too little proof to prosecute.

What Tony Ortega will never tell his followers is that the evidence that RadarOnline uncovered from the FBI probes acts as a vindication that the behavior reported by these Ex-Sea Org members does not rise to the level of criminal activity. And the fact that no charges were filed acts as evidence that the Church, no matter how immoral and reprehensible, is not breaking the law.

That’s also a possibility for what we are seeing here, and a much more likely one than Tony Ortega is passing off on you.

And I know that it is the height of heresy for me to bring this up. But a little heresy never hurt anyone – especially if you really want to see justice accomplished with Scientology.

Remember, following a leader with out questioning him is a mistake.