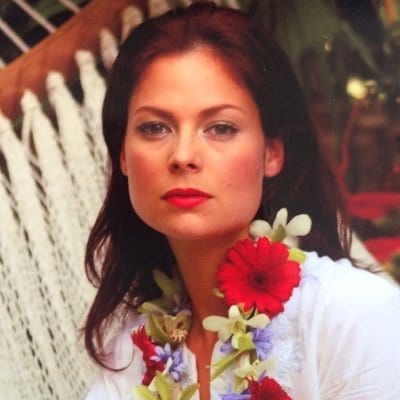 I’ve had a lot of Ex-Scientologists contact me about their negative experiences in dealing with Tony Ortega, but this one takes the cake.

Carmen Llywelyn is an Ex-Scientologist who has spoken out a lot in the media about the abuses she has seen and suffered in Scientology. She is the author of “Why I Left Scientology” which appeared on Gawker in June of 2015.

She was also interviewed on RADAR Online about her experiences as the then-wife of actor Jason Lee and part of the celebrity clique at the Scientology Celebrity Centre in Hollywood. Her inside account of what it’s like in the center of the bubble of Scientology celebrity was a rare first-hand glimpse into a world so many journalists try to write about, such as Tony Ortega himself, but few ever see.

So why do you think Tony Ortega said this about Carmen Llywelyn on his blog – out of nowhere and prompted by nothing in particular?

And here’s what his flying monkeys chimed in with on Tony’s cue: 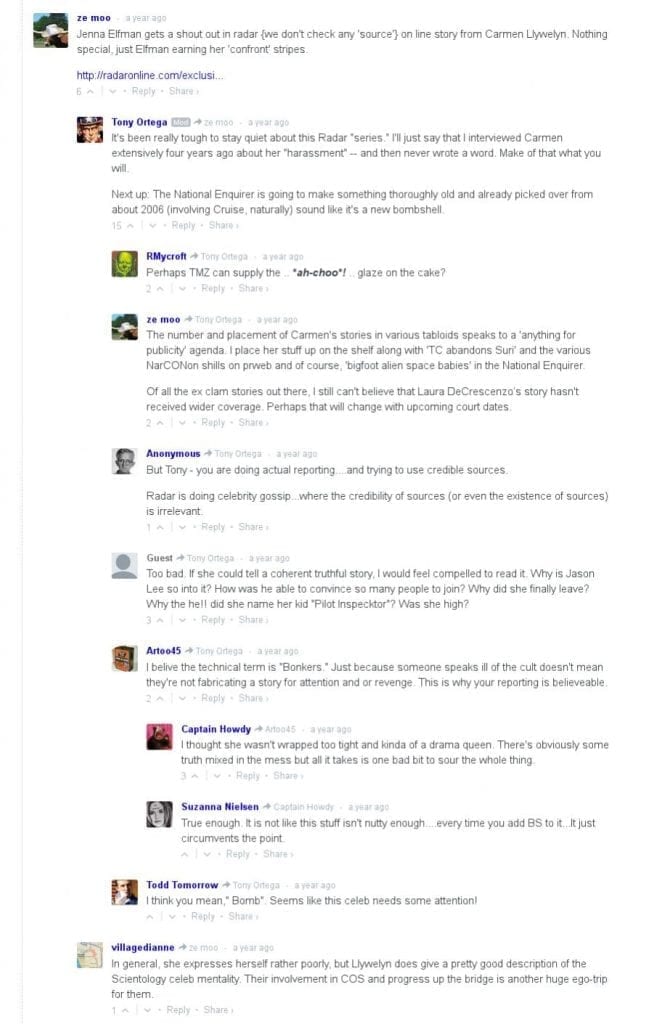 In her Open Letter to the Proprietor of Scientology Tony Ortega, Carmen recounts that any contact she had with Tony Ortega consisted of a 10 minute phone call where Tony did most of the talking.

Tony says above “…make of that what you will”.

Here’s what I make of it: This Ex-Scientologist is courageously exposing herself to Scientology Fair Game and warning the public about the abuses she has personally witnessed in Scientology, and while she is in the middle of doing that, Tony Ortega tries to undermine her work in exposing Scientology and discredit her on his blog.

So here’s something Tony Ortega needs to get: Scientology does their very best to humiliate anyone who leaves. On top of that, the experience of losing all your friends, your business contacts, your family members – the whole life that you built during your years as a Scientologist – is an extremely demeaning and degrading experience. Often, it takes years for an Ex-Scientologist to get their self-esteem back after having experienced the business end of Scientology.

But if an Ex-Scientologist summons the courage to speak out in the media, rising above all of that, as Carmen Llywelyn has?

That Ex deserves all the support in the world – and NOT this kind of degradation from a sneering and shallow reporter who has infinite disrespect for the very people he is trying to make a buck off of as a “reporting columnist working the Scientology beat”.

Tony Ortega should publicly apologize to Carmen Llywelyn for trying to undermine her work and discredit her on his blog.

123 thoughts on “Tony Ortega Should Publicly Apologize to Carmen Llywelyn”