I think it might be a tease for Leah Remini’s new show on A&E. Maybe?

You can see that Leah disagreed with the Scientology way that Tommy Davis and Mike Rinder were treating John Sweeney, and that she actually refused to sign her release so she could be used as a pawn to discredit him.

I think that Leah Remini is one of the smart, and good, people who got involved in Scientology, and who should be proud of what she has done. She was a Scientologist as long as she could see that it was doing good, but as soon as she began to be exposed to things that were clearly bad, she got out and started making trouble for them.

She passed the test of her character that Scientology conducted on all of us.

There is nothing to be ashamed of about that, and much to be proud of.

I think there are a lot of Ex-Scientologist just like Leah Remini who should remember that about themselves and disagree with those who want to make them feel like pieces of dooky for ever being involved in Scientology.

Ex-Scientologists who now hate themselves should reconsider the stereotypes and degradation they are accepting about themselves by people who are never going to get Scientology, and the experience of having been a Scientologist.

I think Leah Remini is a great example of the type of person who got themselves involved in Scientology – and then who left it – for all the right reasons.

The Hollywood Reporter has announced that Leah Remini’s TV show on Scientology will launch on A&E on Tuesday, November 29th, at 10pm. 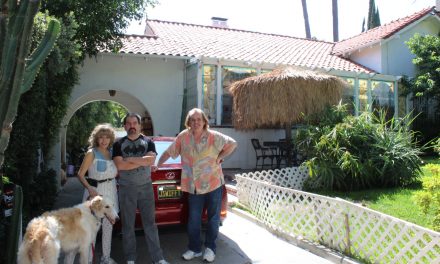 Does Anti-Scientology Deserve Any Criticism?