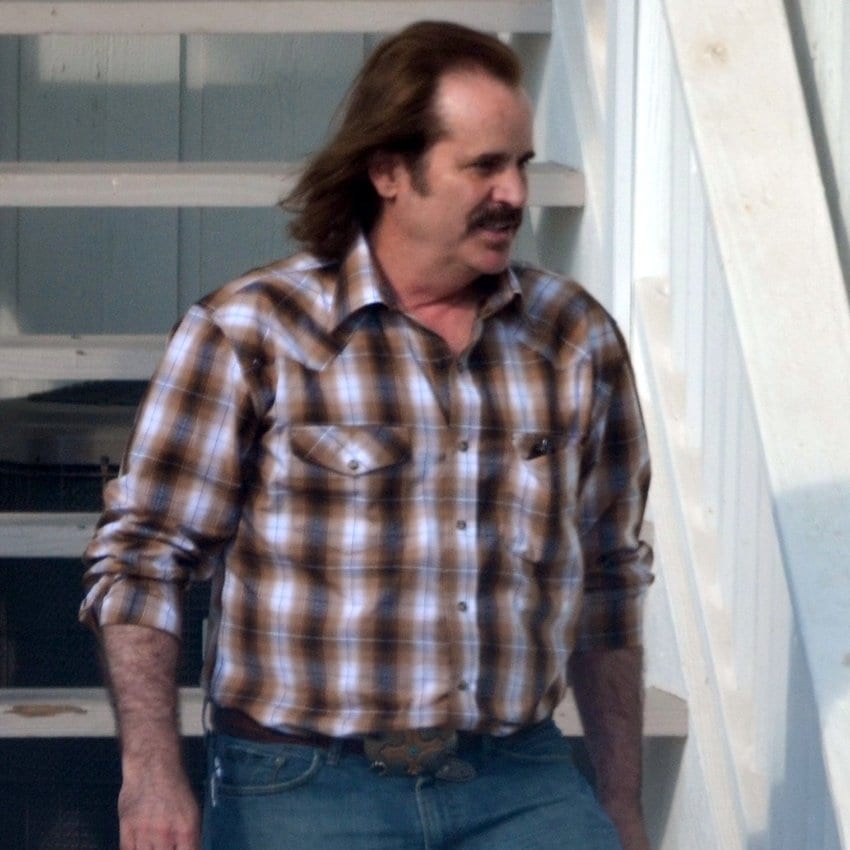 As if Jeffrey Augustine didn’t creep you out enough yet, now it’s been disclosed that he is also a licensed private investigator in the State of California, and holds a “Qualified Manager” status, as well. 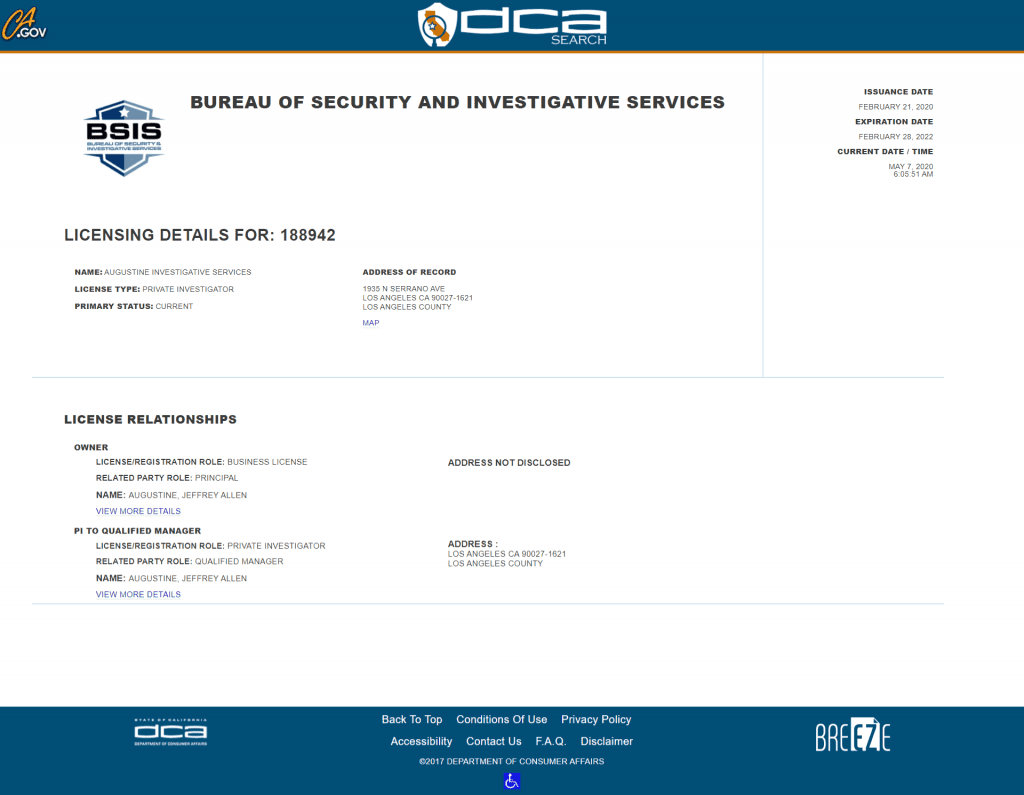 What percentage of time does Augustine Investigative Services License #188942 spend using its PI license to investigate the Church of Scientology vs other critics of Scientology?

With Karen’s career in the US Intelligence Services, are these guys really doing what they pretend to be doing?

With Steven Mango’s recent revelations about Karen’s Independent Scientology Auditing scam, I think that it’s clear much more is going on here than the public is allowed to see.

Karen de la Carriere has finally publicly admitted that her husband Jeffrey runs a private detective agency after we broke this story over a year ago. What took her so long?

Why would she keep this hidden? 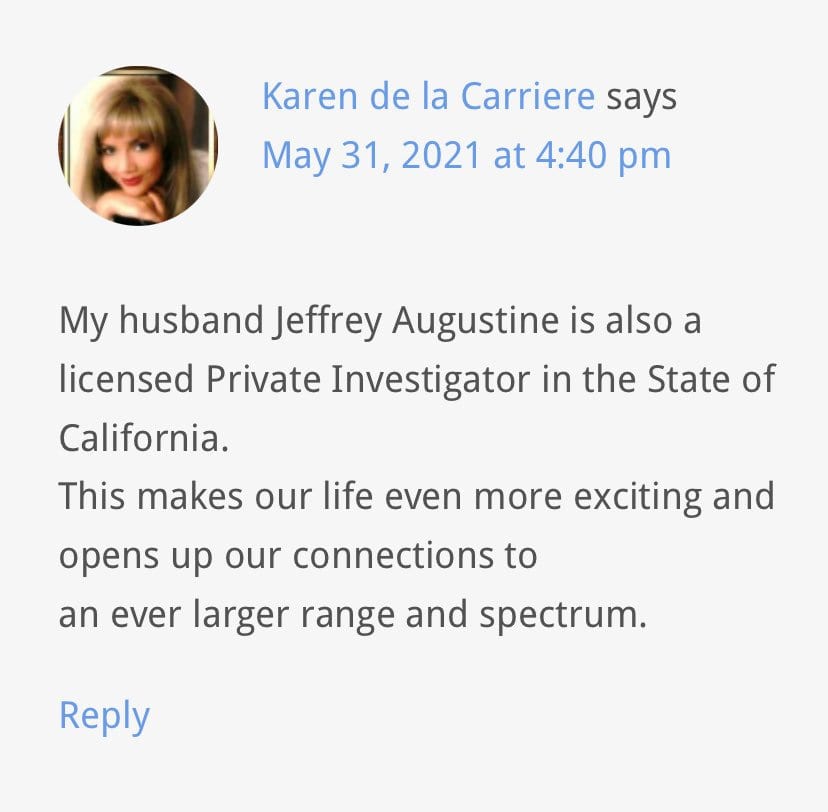