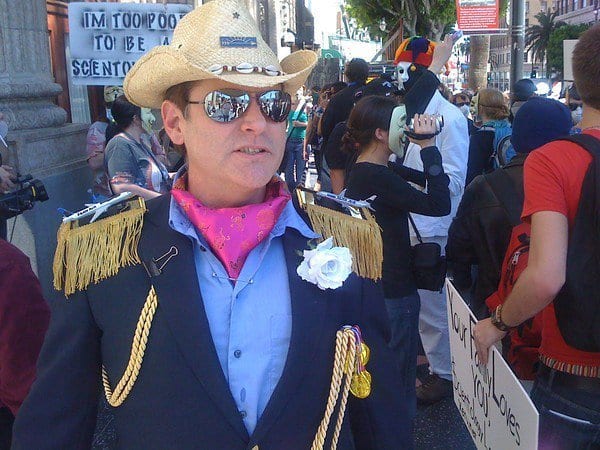 Mike Rinder seems to think so.

In an over the top article in the Daily Mail a few days ago, Jeffrey Augustine (OTVIIs Great, The Scientology Money Project, Scientology and the Aftermath) makes many speculative claims that he would have no way of knowing about John Travolta leaving Scientology now that has wife has died.

Some of Jeffrey more hysterical claims in the article are:

Ex member and open critic Jeffrey Augustine told DailyMail.com: ‘The statement was unequivocal in the support of medical staff… It shows they’ve backed away from Scientology.’

He continued: ‘It’ll hurt to lose your wife of 30 years… there will be grief, it’s human. There’s no acknowledgement in that statement of Scientology, David Miscavige, or auditing, there’s nothing – that’s critical, he took care of it in his own hands, this is a personal matter, like ”I don’t need the Church”.

Augustine said: ‘Hubbard was really opposed to chemotherapy and radiation. But people realize it [auditing] doesn’t work when it comes to serious diseases.

‘In the Church, they’d say you lost Jett, so that’s why you got cancer, so we need to audit that out.

Many other celebrity anti-Scientologists such as Sam Domingo, Spanky Taylor Brendon Tighe and others were quoted in the article as well. Brendon Tighe’s last appearance in the media commenting as a celebrity antiScientologist on Megan Kelly’s Chat show didn’t go so well. He claimed that Scarlett Johansson auditioned at the Church of Scientology to be Tom Cruise’s girlfriend, to which Scarlett publicly replied:

Are the wheels coming off the cart for Celebrity Anti-Scientology?

Is their capitalization and exploitation on the misfortunes and personal tragedies of celebrities and public scientologists finally beginning to reveal who they really are – no more ethical, moral or sane than Scientology itself?

I think more people are finally beginning to reject their cruelty and tribalism, that in many cases is just as bad, or worse, than Scientology’s.

Who are these people to be telling others what religious beliefs they should have? How low will they stoop to get their names in a news article or onto a TV Show?

Celebrity Anti-Scientologists are constantly criticizing Scientology for going to disaster sites and taking pictures of themselves to provide photo ops for promotional reasons. But look at these guys – cruelly exploiting suicides and the deaths of spouses of people in Scientology – Scientologists who are not responsible for any “abuse”, never harmed anyone, and never would.

Don’t get me started!

How long will it last?

Until the numbers of listeners to his podcast start dropping.