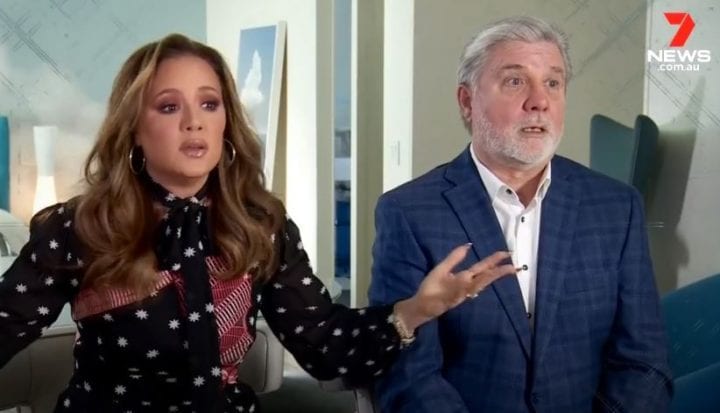 Marty Rathbun filed a detailed affidavit in a Texas court which lay out his and Mike Rinder’s daily reporting procedure to David Miscavige on Scientology Fair Game and Black Operations.

Here is the relevant portion of that affidavit:

17. “The Office of Special Affairs (OSA) is the legal, public relations, and intelligence network of CSI. One or more network representatives are employed by every Scientology organization across the world. Each of them is operated and managed by OSA International (OSA INT) which is housed within CSI. Although OSA is formally answerable to CSI’s management, from OSA’s inception in the early 1980s, until my departure in December 2004, the formal management structure was a sham. OSA was carefully micromanaged by David Miscavige. he exercised his control through me, Inspector General of RTC, and Mike Rinder, Commanding Officer of OSA International.

18. “Between 1982 and 2004, it was my job to act as a go-between for Miscavige and OSA. The manner in which we shielded Miscavige was elaborate. Much of Miscavige’s control of OSA was done “off the record.” Every evening I would receive an intelligence briefing in writing from OSA. The briefing was usually several pages summarizing reports from private investigators and Scientologists serving as undercover spies watching and interacting with Scientology critics. The written briefing, contrary to established corporate policy, had no routing information on it. That is, the daily briefing had no indication who wrote the report or who it was directed to. If a report ever got out of the Church, it could not, on its face, be used to incriminate any of its author or recipients.

19. “After I read the report each day, I was instructed by Miscavige to put it into a fresh envelope with no routing information on it. I then personally carried the envelope into Miscavige’s office and set it on his desk. I was the only person in Scientology, aside from his wife and secretary, ever authorized such access to his desk. When Mr. Miscavige read the reports, he would enter my office with the report in hand. He would say ‘beat it’ to my secretary or anyone else who happened to be in my office. Once any visitors had left, Mr. Miscavige would discuss the contents of the report. Often, he would instruct me to order OSA to direct an operative or private investigator to find out something to do concerning the target of infiltration or investigation. On other occasions, Mr. Miscavige would joke about what was reported about a particular target, or rant about the target’s activity. When Miscavige was done discussing the daily OSA briefing with me, he would throw the report on my desk. That was my cue to pick it up and shred it after he left the office and before anyone was permitted to return to my office.

20. “For 22 years, my schedule was to wake up at least an hour before David Miscavige’s scheduled wake up time so that I could collect all important information on any matter of concern to him being handled by the OSA network. Every morning, I was required to brief Miscavige verbally on any major developments on matters handled by the OSA network around the world or matters concerning security. My briefing to him would begin with major problems which he insisted he know about. My briefing included reports about handling the media stories, investigations, legal cases, security breaches, and potential security situations. That briefing would last anywhere from a few minutes on a quiet day with no major developments, to all day when something was afoot that riveted Miscavige’s attention. Miscavige would issue orders to OSA that I had to accurately note on paper.

21. “After the conference with Miscavige, there were a number of options available for issuing his orders, depending on their scope and the level of security required. Most often, I would call Mike Rinder, into my office and I would brief him verbally on Miscavige’s directives. Mr. Rinder would then return to his own office and type up the orders as written directives to OSA. Those directives would be worded as if the orders were originated by him, with no reference to me or RTC, and especially not to Mr. Miscavige. On many occasions, Mr. Miscavige would require Mr. Rinder’s presence during briefings in which he wanted more detail than usual, or wanted to issue more detailed orders than usual. In such cases, it would be my responsibility to follow up to verify that Mr. Rinder relayed Mr. Miscavige’s orders to OSA as Rinder’s own orders.

22. “Mr. Rinder and I were ordered by Mr. Miscavige to keep secret virtually all of our communications, and to specifically keep them secret from any other managers or staff with CSI and RTC. All other CSI managers had little to no knowledge of any matters affecting Scientology from the world outside of the Church. Except for OSA staff, Sea Org members have little contact with the media or the world outside of their corporate duties.

So next time you hear Mike Rinder say “I was just as former spokesman – I wouldn’t know anything about that.” Or “Scientology is so compartmentalized!”

Or “This is the procedure THEY would do.”

Realize that he is NOT saying, “This is what I did to suppress Danny Masterson’s alleged rape victims, or Miriam Francis’ pedophilia incident, or helped to cover up Kyle Brennan’s, or Ken Ogger’s, or David Miscavige’s Mother in law’s “suicides”. Or Rex Fowler’s murder.

No government can act without evidence of a violation of a criminal statute. If anyone knows them in Scientology, Mike Rinder does.

Someone should #AskMikeRinder to be more specific, and forthcoming.

If they really ever wanted a “federal investigation” or a review of Scientology’s tax Exempt status, then it’s time for Leah & Mike’s Vaudeville side boob circle jerk to finally put up or shut up.