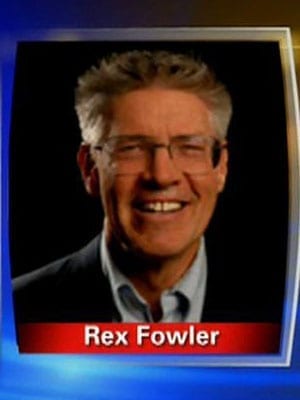 “Ciancio died Dec. 30, 2009 while he went to the office to collect a severance check from Fowler Software Design. Ciancio had decided to leave the company after the founder, 58-year-old Rex Fowler, had diverted $175,000 in company funds to Fowler’s church, the Church of Scientology.”

Scientology OT 7 Reverend Rex Fowler was convicted of murdering his business partner on the 25th of February 2011.

But it is a factual event like this which helps to put Scientology technology, and its real-world results, into perspective.

For Rex Fowler Scientology was everything. There was no better example of a trained “OT” Scientologist than Rex Fowler. He was a trained auditor, was on OT 7 – way past “Clear” – had founded and run a software company that was a member of W.I.S.E. for ten years. He was a prominent member of the Scientology community in the Denver area.

Rex was an in-tech and in-ethics OT Scientologist, auditing in the middle of OT7, when he realized that the greatest good for the greatest number of dynamics was to kill his business partner, Thomas Cianco, and then kill himself on December 30, 2009. After murdering Cianco, Fowler shot himself in the head, but failed to die.

But the prosecutor, in order to gain a conviction, did not need to bring up Scientology at all. And so nothing was mentioned at trail about Rex Fowler and Scientology.

You would think this would have been a fantastic episode of Leah Remini’s Scientology and the Aftermath.

Yet nothing was mentioned, ever, on the show.

L. Ron Hubbard claims that Scientology creates a “world without war, crime or insanity, where honest beings can have rights, and where Man is free to rise to greater heights.”

But does Scientology really create a world without war crime or insanity, as L Ron Hubbard said?