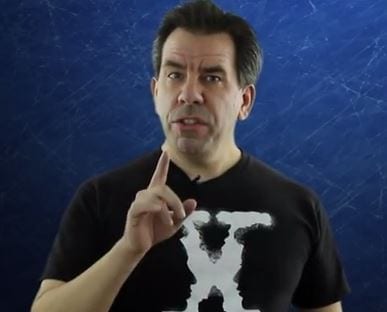 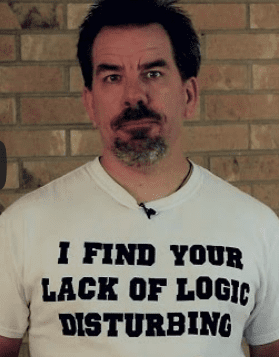 There are a certain set of assumptions that get repeated about the mental health of Scientologists and Ex-Scientologists. I didn’t actually hear these assumptions very often until Anonymous rose up in late 2007/early 2008, but they’ve been repeated over and over on their websites, and by lots of Exes on the Internet since then.

The line is: Anyone who was ever involved in Scientology is brain-damaged and crazy.

Along with the brutal and war-like moral values that Anonymous brought to the Post-Scientology Internet (“Never Forgive, Never Forget, Expect Us”, etc.) Anonymous did more to promote this idea that Ex-Scientologists were “damaged” and “crazy” than any other group.

When you see recent escapees from the Church of Scientology, such as Chris Shelton, denigrating their fellow Ex-Scientologists by forwarding this idea as part of an explanation for a completely unrelated topic, then you know that the Church’s campaign to discredit Ex-Scientologists as damaged and crazy has been very effective.

Here’s Chris Shelton answering a question about the Marty Rathbun legal case, and inserting his assumption into this topic:

“And don’t misconstrue anything I’m saying as you know I’m calling anybody crazy or any kind of extreme nonsense …because it’s not… just … [Look at] the words that are coming out of my mouth. ok? There is no labeling going on here. I’m simply making observations about the fact that Scientology screws people up and sometimes people were a bit screwed up you know before they got in and they got more screwed up coming out. And sometimes people were all right when they got in and they’re screwed up when they get out.’

“You know there’s a recovery process we talk about and we call it recovery for a reason. Because that’s what it is, you know? You have people especially Ex-Sea Org members suffer from various shades of depression, PTSD, other mental and psychological issues.’

“You know it’s just there’s trauma connected with it and it’s so easy on the part of many people, not just Scientologists, to say there’s no such thing as mental trauma or mental illness or PTSD and things like this and they just fluff it off. And I really don’t know where they get off doing that because it’s very real. As somebody who’s lived it I can tell you that it is very real.”

Chris’ generalized assertion above that ex-Scientologists are mentally damaged was fully 1/3rd of his answer to someone asking about Monique Rathbun’s legal case, and Marty Rathbun’s disagreement with the way that Tony Ortega wrote about it.

His assertion that Ex-Scientologists are damaged mentally from Scientology was completely unrelated to the question asked.

Chris takes great pains to emphasize that he isn’t labeling any one individual Ex-Scientologist as crazy (Especially not Mark Rathbun – oh my god no). But he asserts over and over that the mental damage from Scientology is “real”. And you’ll notice that there is no scenario he provides where someone who comes out of Scientology is better off mentally than they went in. All of his scenarios end with a Scientologist coming out of Scientology more damaged and crazy than they were when they went in.

When you do critically examine Chris Shelton’s assumptions for the mental states of all Ex-Scientologists, they tend to fall apart for most people who were involved in Scientology.

The “Recovery” Paradigm Doesn’t Cut It For Everyone

The paradigms we use to frame our experiences can limit our understanding of those experiences.

Chris is using a “recovery” paradigm to explain a person’s life after Scientology, and his use of it seems particularly sloppy to me.

I do understand it, though.

This “Recovery” paradigm was a whole mental package that I’d adopted for my life after Scientology while hanging out with Exes on the Ex-Scientologist Message Board, and Tony Ortega’s Underground Bunker. The longer I had been away from other Exes on the Internet, though, particularly on places like those, the more I began to question this paradigm for viewing myself and my life after Scientology.

There was even a time when I used the tag line “Recovery From Scientology” for this blog. I had been convinced that Scientology was something that I needed to “recover from” while I was a poster on ESMB. I still have a category of blog posts called “Recovery” From Scientology. I’m probably going to change that some day.

So right there, Chris’ generalization about the damage that Scientology does to Exes reaches too far. Having once been involved in Scientology does NOT mean that you were damaged by it. In fact, I am pretty sure that there are a great many people, if allowed, who would say that the time they spent in Scientology helped them overall.

They have nothing to “recover from”.

Because of the paramilitary brainwashing techniques that Hubbard built into Scientology (such as OW write ups and Sec Checks and the Truth Rundown), Sea Org members had very different experiences in Scientology than anyone else.

Sea Org members make up a minority of people who got themselves involved in Scientology, and their experiences are particularly fanatical and extreme. If you are an Ex-Scientologist, and you were never a sea org member, then I think you should not be accepting these interpretations of your own time in Scientology without, at least, lots of examination of them for yourself.

When I was on mission staff, I was often “handled” by fanatical Sea Org members at SMI. I also received sec checks and other thought reform auditing programs by Ex-Int Base staff for a short time in the 1990’s for writing High Crime Reports on David Miscavige and each member of the Exec Strata. So I did experience some of those brainwashing and thought reform techniques that a lot of Sea Org members were put through.

But the overwhelming majority of Scientologists never experienced anything like that in Scientology.

Was I damaged by that?

Not really. I’d have to try real hard for a long time to make myself damaged by those experiences, and that’s something I’m not interested in spending my energy on.

Yet 1/3rd of Chris’ answer regarding the dispute between Tony Ortega and Mark Rathbun is about how Ex-Scientologists have been mentally damaged by Scientology. This is either an unexamined assumption Chris has about all ex-Scientologists, or it is an attempt to discredit Mark Rathbun, just as the Church tries to do to Rathbun, and to anyone else who criticizes Scientology.

Chris has been a busy guy here just 2 or so years after leaving the Church of Scientology. He is a great writer and is doing a great job learning and promoting critical thinking skills after Scientology. He has a book out, a blog, a youtube channel and a podcast. And he puts out a lot of great ideas, seemingly reaching many people who would otherwise not be reached.

But I think it’s a little too early for him to be speaking for all ex-Scientologists about their own mental states. He’s still a little too embedded in a certain mindset about Ex-Scientologists that began in the Church’s Office of Special Affairs, and rose up through Anonymous, and continues on ESMB and Tony Ortega’s blog to this day.

It’s the idea that anyone who was ever involved in Scientology is damaged and crazy, and has to recover from it.

There are many more constructive – and truthful – ways of seeing his and other’s time in Scientology, and an Ex’s life after Scientology, than that.

Chris presents too many assumptions here that are not true for most Exes.

80 thoughts on “Are All Ex-Scientologists Crazy? Chris Shelton Seems to Think So!”