Apply Basic Skepticism to Scientology & See How it Holds Up 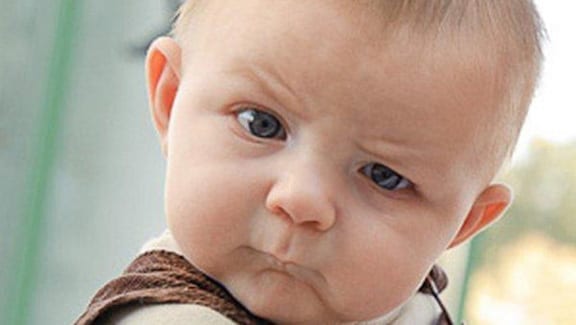 Basic skepticism is seeking out or asking for positive evidence in support of a claim, and then evaluating the soundness of that evidence.

It is simply looking for or asking for positive evidence in support of a claim.

Of course, this requires being aware of what a claim is, and being able to recognize evidence that is being used to support it.

These are not skills that L Ron Hubbard taught Scientologists.

All he taught Scientologists was this:

“What is true for you is what you have observed yourself. And when you lose that, you have lost everything.

Of course, we can talk about honor, truth, nobility—all these things as esoteric terms. But I think they would all be covered very well if what we really observed was what we observed, that we took care to observe what we were observing, that we always observed to observe. And not necessarily maintaining a skeptical attitude, a critical attitude or an open mind—not necessarily maintaining these things at all—but certainly maintaining sufficient personal integrity and sufficient personal belief and confidence in self and courage that we can observe what we observe and say what we have observed.

Nothing in Scientology is true for you unless you have observed it and it is true according to your observation.

This is Truthiness Galore.

And because of the feelings this piece of writing gives a Scientologist, they will never spot the logical problems inherent at the core of it.

Some Scientologists have been involved in Scientology for many decades, and are at the end of their lives. So to begin applying basic skepticism to the claims in Scientology will invalidate everything in their life that they have built for themselves.

And they feel that threat too – real strong – whenever someone gets close to questioning a claim in Scientology.

Those Scientologists, like the ones over at Milestone 2, are too far gone. They are the “Dead-Enders” who will never make it up and out of the trap that is Scientology, and will die Scientologists.

If you don’t want to be a dead ender and die a Scientologist, and if you have built your life upon the ideal of continuing to seek to live with the truth, then just seek out a claim in Scientology, and search for, or ask for, the positive evidence in support of that claim.

Then examine and evaluate that evidence and ask yourself whether it is strong enough evidence upon which to base your life and self-identity.

Because remember – even L Ron Hubbard said that emeter reads are not evidence that anything actually happened.

Even L Ron Hubbard said that.

So don’t die a Dead Ender.

Apply basic skepticism to Scientology and start building a life based on good evidence and sound reasoning: Continue to seek to live with the truth.

You’ll be glad you did.

Scientology vs. The Internet