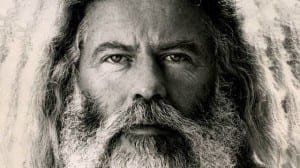 Last night, I watched a very good documentary profiling The Source Family cult. This was a cult that operated a number of health food and vegetarian restaurants in Los Angeles in the late 1960’s and early 70’s and which featured lots of great sex, drugs, and rock-n-roll.

I think it is a good “parallel study” for some who have been involved in Scientology. It helped me to gain a little better context for my Scientology experience.

It reminded me of the society at the time, and the wide availability of cults in the 70s. While watching this documentary, I realized that cults offer alternative value systems and alternative lifestyles for anyone dissatisfied with the main society around them. I further realized that, because cults offer these alternatives to people, people join cults for legitimate reasons.

I still feel the same dissatisfaction with my American society today that I felt back then. If it were not for what I know about the problems with cults, I probably would have joined another one by now.

The problems with cults of course have to do with their concentration of power.

Cult followers have a tendency to transfer all their hopes and dreams, and even their own accomplishments and their own talents, on to their cult leader. They transfer so much of their own selves onto their leader because many have come to believe that they could never have done anything on their own without him.

The leader receives all this admiration from his followers with unchecked restraint, and often with no recognition of their rights. He operates under no checks and balances. To remain in the position of cult leader, he also has a vested interest in keeping his followers believing that their own talents and their own accomplishments could only have manifested because of him and his special insight.

The followers give all of that power over to him willingly. Gladly even. It validates and confirms their beliefs, and their new sense of self-identity, and all the sacrifices they made to become part of the cult.

They trust him with their very lives.

It’s a festival of mutual admiration and ecstatic brain spooges, back and forth.

Over time, this causes the leader’s head to continue to swell. He is more and more corrupted by the transference of his followers’ hopes and power until all his inner demons are thoroughly unrestrained, and outwardly manifested. His every desire, his every greed, his every depravity, are all completely free to be acted out on his followers.

While all this is happening, the alternative value system of the cult comes under moral and legal scrutiny by the wider society around them. This heat and pressure from the wider society becomes oppressive to the leader and his followers, confirming their disassociation with society, and causing them to further insulate themselves. The cult leader, now under siege, gains even more power and is corrupted even further inside this pressure cooker, until they all finally explode into a climax of cult insanity.

These dynamics have played out in many cults, and are quite predictable now, especially with Scientology.

They weren’t so predictable back then.

At least not to me.

It all makes me wonder: Is it possible to have a cult that recognizes the rights of its followers and contains checks and balances on the power of its leader?

I watched the documentary on Netflix Streaming here: The Source Family

1 thought on “Scientology and The Source Family Cult”