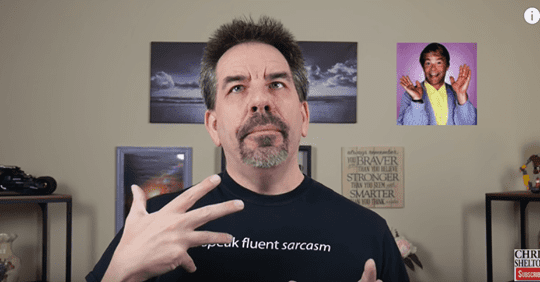 A Tribal Ninnie is a person who has adopted a particular tribal narrative, and is presently letting it do all their thinking for them.

They have almost no original thought of their own outside the tribal narrative they have been given to think. Except, perhaps, convenient defenses to line the pathways inside their pointy little heads.

They are terrified to question, or criticize, anything they’ve been given to think. Like baby birds, they simply swallow what they’ve been told.

A tribal ninnie works in sub-service to their tribal leaders, fanning out & attacking the enemies their leaders have identified for them. Tribal ninnies attack those who do not conform to their narrative, or, who question it.

Or, who are more loyal to the truth than to their tribe.

The Sub-species of the Tribal Ninnie:

The RinderNinnie: This is a sub-species of tribal ninnie which is blindly loyal, unquestioning to, and irrationally defends Mike Rinder. This sub-species is usually willfully ignorant of Rinder’s past as CO OSA for 22 years because Tony Ortega has never written about it, or acknowledged it, so therefore it can’t be true. There are some RinderNinnies who DO know Rinder’s past as CO OSA – and the amount of lying he did for decades – but they’ve flipped and believe everything he says now. They attack anyone who is skeptical of what he says, or who questions or criticizes him.

The ReminiNinnie: This is a sub-species of tribal ninnie which is blindly loyal to, never questions, and irrationally defends Leah Remini. This is by far the largest sub-species of tribal ninnie extant in the Scientology ecosystem. In the main, all that they know of Scientology is what has appeared on Leah Remini’s show. They’re convinced that’s all they need to know.

THE NINNIEHOOD, is the lower-level unthinking, unquestioning tribe to which the tribal ninnie belongs. Often, if they see Leah Remini go after an old friend such as Stacy Francis, the ninniehood responds, whether the attacks they wage on Stacy Francis which Leah set in motion have anything to do with “exposing Scientology abuses” or not. The NinnieHood is also used to go after critics, just like Scientology does. Leah points, and the ninniehood launches.

Tribal Ninnies also exist inside the Church of Scientology. Their taxonomy is presently under study from a grant from Alanzo’s Critic’s Institute.

First spotted in the wild a number of years ago, studies are ongoing.