Scientology Was a Test of Our Character

People who got themselves involved in Scientology were continually presented with all kinds of moral choices about how they would treat their fellow man.

Because Scientology is a cult, it takes all the social traits of human groups, and turns them up to an intensity that can only be described as ELEVEN.

If the bullies in grade school were mean to you, then Scientology Sea Org Executives took that controlling attitude to ELEVEN.

If your own mother had a heart to heart talk with you about your sexual life, then your Scientology auditor sec-checked you straight up into every private crevice that you have – which your own mother would never dream of doing.

Few people in real society have an Ethics Officer, but in Scientology, it is one of your new attachments. Every moral and sexual aspect of your life is expected to be displayed in front of this person who might very well be a 13 year old girl. People who have been through Scientology need reminding: This kind of thing is not normal. There are legitimate and important reasons that psychological counselors are licensed in the real world, and none of them can be 13 year old girls.

Every group moray and social norm was corrupted and fanaticized in Scientology. And in the artificial cult environment that L Ron Hubbard created for Scientologists, they were put through some of the most intense social pressures that have ever been devised. If there was a nazi concentration camp which threatened death for not conforming to the rules – GRANTED – then its consequences would have been more graphically real than the artificial social coercion created in Scientology.

But since Scientology threatened eternal death for not following the rules – if your thinking patterns had been completely taken over by the Scientology Ideology as they were for Scientologists – then the social coercion for them felt just as strong.

Death by Gas chamber vs death by Declare and Expulsion – to a True Believing Scientologist – was equally as threatening.

I know that doesn’t sound right. But for people who have never been through a concentration camp, (as most Scientologists never have been) they don’t know the difference. So a person unlucky enough to get involved in Scientology will experience the emotional responses that are similar in character, if not amplitude, to what a person threatened with death in a concentration camp will feel.

Cults use the Human Emotion and Reaction responses inside human beings to control them. A human being who does not understand this can easily become fully under a cult’s control. It doesn’t have anything to do with being stupid. It has much more to do with being sincerely loyal, and kind, and loving, and willing to help others.

Really. If you have been helped, and you can be convinced that the same thing that helped you can help others, then you are ripe for becoming a cult member.

That is all there is to it.

This social coercion scheme to use people who have been deceived into this Scientology Environment was all set up on purpose by L Ron Hubbard.

It was literally a Skinner Box of his own design.

And so when Mike Rinder wrote a post about Debbie Cook, I commented.

But a frequent poster there, Ideal Morgue, posted a comment after a few others that showed that this poster was not pleased with Debbie Cook’s actions.

People that were at the top of Scientology have a unique opportunity – some get the opportunity to get paid off in exchange for silence. The “buy out” Gag Order. This is one of many tactics Scientology uses to keep members silenced and others from knowing what happened within the criminal organization. The ones at the bottom (has nothing to do with anything except luck or misfortune) never have a chance to get money back or reimbursed for the years of service (working as a slave) or even have the resources to get proper help once they leave. They typically get NOTHING. They are left alone and shattered. Let’s not forget those people – they are reduced to nothing and have no admiration from others, no money, no home or life to build on. They are not celebrities and worshiped by others who have left.

This is an interesting phenomena. Homo Sap, which will never change.

There’s a reason why you go UP a Bridge in Scientology (rather than across) and why there are ranks in the Sea Org, and why people like Mike Rinder, Claire Headley, Marty Rathbun and Debbie Cook achieved hero status for all the “brave work” that they’ve done to “expose Scientology”.

This is, of course, after decades of creating and forwarding ALL of the deception and abuse that it has ever dished out to anyone since the mid-1980s from Int Base.

Scientology is an elitist cult which believes and coercively enforces that its “leaders” should never be criticized, or their failures discussed. Scientology plays on and exploits the hierarchical tendencies in human beings and has as its central monolith a Bridge to Total Status.

Mike Rinder, Claire Headley, Marty Rathbun, Debbie Cook and all the other Int Base Escapees are in completely impossible positions, having to explain the inexplicable to people they have harmed in the past. They sometimes have to defend each other against all the unimportant people they have harmed, and justify and re-justify why their hero status is valid.

The thing is that in each case of the people above, hero status is arguably genuine: Anyone who simply did not walk away from Scientology, and who saw it as their duty to a free society to warn the public about Scientology, and who did so despite sometimes ruinous conditions to their own lives, IS a hero.

Some scientologists were confronted with OSA criminality and abuse and stayed away because of it. Some scientologists saw how fascistic the Sea Org was and did not participate in it. Some Scientologists realized very quickly that Int Base was ground central for the crazy in Scientology and got themselves the hell out ASAP. Others stayed and rose to the top of the heap, and dished out all the criminality and abuse they could to anyone they could, and then only after it was turned around on them did they personally blow.

Thus, Scientology was a test of our character.

And some of those who failed that test had a chance to re-take it, and have since passed with flying colors.

Debbie Cook still has more to do. And she deserves both the criticism and the praise that she gets.

My main point was that Scientology was a test of our character.

Now, if you’ve never read Book 10 of Plato’s The Republic, then you really don’t know what I’m talking about when I say that “Scientology was a test of our character”.

But if you’ve been involved in Scientology, then you are familiar with the practice of studying philosophy to help you improve conditions in your life. And so you can read Book 10 of the Republic, and you should.

In my MIT link above, scroll all the way to the end, when Socrates tells Glaucon a tale from Homer.

I hope that you, as I did, find meaning in it after Scientology. 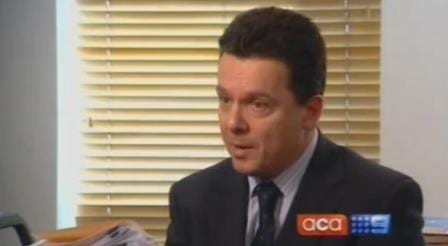 Scientology Tax Exempt? Look How Australia Addressed the Question in 2010 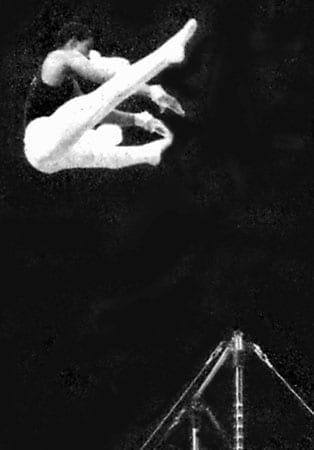 Here’s What Makes a Scientologist Stupid