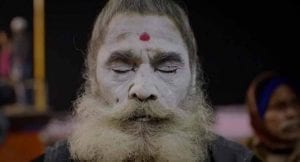 In an interview with Vulture, about the new show called Reza Aslan Believer, he said:

With Scientology particularly, you take a much more sympathetic view than we typically see. I had no idea there’s a reform movement going on in Scientology.
I don’t think the church knows that. That’s the one that is probably going to blow people’s minds the most. Not just because they are going to recognize that when you really get down to it, Scientology beliefs aren’t as weird as we think they are. But at the same time to think that, oh, there’s this whole other thing happening where these Scientologists have left the church, but not the religion. And the parallels that it has with the Christian Reformation, or with the reformation of almost any religion, are really stark.

There has already been a good deal of backlash before the episode from the anti-Scientology crowd, who are angry that we would even treat it like a legitimate faith expression. And then there’s been a little bit of concern from the church, having just seen the previews, that we’re going to be yet another one of these shows that are about the controversies and the scandals of the church.

And it’s clear in the episode that you tried to talk to the church.
I tried very hard. Very hard. I get it because it’s a religion that is demonized by the media, by the public perception. A lot of it is their own doing. I don’t think they’re very good at dealing with criticism, and it would behoove them to learn how to be better at that. But as a member of one religious community that is constantly demonized, I can’t help but feel a certain connection with them.

You get audited in the episode, which you note is the first time an auditing session has ever been filmed for mainstream American TV. What was that experience like? It looked a lot like therapy.
I went into it thinking to myself, Oh my God, I have to bare my soul. And it wasn’t that at all. It was basically a mental exercise. I refer to it in the show as aversion therapy, where there’s this thing that is bothering you, so let’s just focus on that thing over and over and over again. We clearly had to fast forward the auditing sessions, but that went on for hours.

That sounds exhausting.
It was exhausting. But I will say there was something about it where when it was over, you couldn’t help but feel lighter, you couldn’t help but feel as though a certain weight had been removed from you. And I get it, I understand why people who would undergo an experience like that think to themselves, this is something I wanna do over and over again.”

Atheists hate him because they say he is a “religious apologist”.

In an increasingly globalized culture, there comes a point where human beings need to recognize that other human beings have differing beliefs, and not demonize them for it. It appears to me that Reza Aslan might be trying to promote this important principle.

Atheists are really bad about understanding other human beings’ religious beliefs. They really don’t get the nature of belief at all, while being ruled by their own beliefs. So of course they will freak out over Reza Aslan, and it will all be very entertaining to me.

I am very glad that Aslan is doing what he is doing.

2 thoughts on “Reza Aslan Will Cover Scientology in His New Show: Believer”