Over at the Breitbart of Anti-Scientology Tribalism, Few Have Questions For Tony Ortega

Tony Ortega, the Unquestioned Tribal Leader of The Underground Bunker[/caption]Yesterday, to mark the occasion of the US premier of Louis Theroux’s “My Scientology Movie”, Tony Ortega printed a small snippet from the testimony of an obscure Scientology lawsuit going on in Tel Aviv Israel, translated from the Hebrew. Tony brags that “those who speculated that Rathbun had secretly settled will be feeling justifiably smug today”.

One must ask – on what day do they not feel smug?

I’ll turn my firehose of link juice from this blog over there so you can see what he wrote yourself. But I have questions about Tony’s evidence that Marty Rathbun is an OSA Agent which too few of the critical thinkers there are asking him.

There is a lot missing in what Tony presented:

1. Where is the actual email that was part of a court record, and where is the rest of the court transcript? Tony, to his credit, usually publishes these. Why hasn’t he this time?

2. Where is Dani Lemberger? What does he have to say about all this? Tony usually interviews someone who is so central to his indictments. Maybe Tony will have an exclusive with Dani Lemberger this weekend. No?

3. In Israel, can you enter evidence into court without having a live human being, like Marty Rathbun himself, swear under oath “I gave this email to this Church attorney”? That would help them justify their feeling of smugness, wouldn’t it? Why didn’t Tony present this?

And there are problems with this fragment:

Ben Shaul: I’m continuing with the same email, reading it to you. You said in that email that if you had a pistol, with just one bullet you would put it in Miscavige’s head. You said this at Flag. When were you at Flag.

Lemberger: I didn’t say it at Flag. I said it to my personal therapist in the course of therapy, privately. That is forbidden from publishing…

Ben Shaul: But it’s your email. Did you write it?

Lemberger: My email is my private email and I don’t know if he [Marty Rathbun] was allowed to give it to you, without my consent. But the fact is that he gave it to you.

4. You’ll notice that Dani does not answer the attorney’s question in the small snippet that Tony provided. Dani actually answers a question that was not asked of him and says “but the fact is that he gave it to you”. In Israel, can an attorney ask a question to someone on the witness stand and the guy does not have to answer it? Where’s Dani’s answer to the question (Did you write it?) that was asked of him by the Church attorney? And why is [Marty Rathbun] inserted in square brackets there? Who inserted that and why?

5 If this was something Dani said “during therapy” was Marty Dani’s therapist? And was Marty auditing Dani via email?

As I said, I notice that almost no one is asking these questions of Tony over at the underground bunker, except for EricS – which is very commendable of him. Most are just swallowing the “Marty is an OSA Agent!” tribal narrative which Tony Ortega has been hosing them down with since April of last year.

This obscure textual fragment, written in the original Hebrew, is not nothing. Marty could be an OSA agent. But this flake, as if from a Dead Sea scroll, is not yet something, either, until the rest of the missing context from the codex is exhumed.

I think that the extraordinary claim that one of the most effective critics of Scientology in the last decade is actually an OSA Agent requires evidence a little more extraordinary than this. Or at least some of these questions should be answered before we all start sucking each others’ Alex Jones’s just yet.

It is probably far-fetched to think that the Church’s attorney is lying. But we still need to know how, exactly, he got this email. Did he meet Marty in person and Marty handed it over with a signed affidavit? Or was all this done over the internet without anyone meeting anyone face to face? In which case, could Marty’s email be spoofed? Or could there have been a hack? How was all this verified?

And of course, the Church of Scientology would never lie or manufacture evidence to try to destroy the credibility of two of their most prominent critics at the same time. I think taking the Church of Scientology’s word for everything in this case is very convenient for the smug confirmation bias over at the Underground Bunker. It’s like all those conservative Ronald Reagan Republicans who love Russia now.

I wonder why Tony himself hasn’t addressed any of these questions. Unlike most of the other critical thinkers over at the Breitbart of Anti-Scientology Tribalism, he’s usually more thorough than this.

Except when it comes to his reporting on Marty and Monique Rathbun. 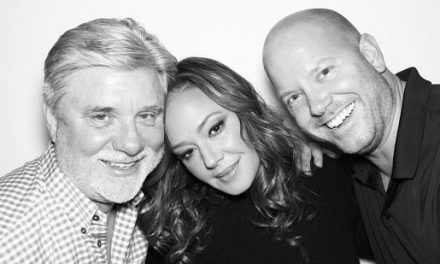 It’s amazing how malleable the minds of militant anti-Scientologists are. It’s like leading them around the floor with a little red laser pointer. They’ll believe anything as long as it fulfills their bloodlust for revenge. Any revenge at all.

That was almost as bad as what Tony is doing to Marty.

Almost. But Brian wasn’t as productive of a critic as Marty has been. So I guess it’s easier with Marty??

Questions for anyone to answer who does believe that Marty is once more a Black Hat:

1. Why are all his old postings and e-books criticising Miscavige and the Co$ still online
2. Why are Co$’s hate-sheets on him still online?
3. Why is Monique – a never-in who is related to a psych – going along with this?