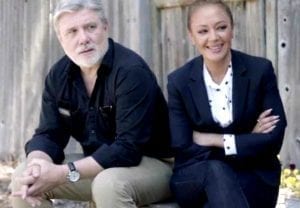 The Hollywood Reporter says that “Scientology and the Aftermath” will be picked up for a second season.

In my long and weird career, I’ve been involved in the development of two reality TV series. In each case, the actors were told that Season 1 was all their risk. The network would provide a director, a camera man, and a sound guy, and would help with some of the writing, but it was all up to the actors to make the season a success.

The per-episode rate in Season one, when compared to the hours worked, is in the Sea Org range of pay. But if the actors pull it off, and the show is a hit and the network decides to renew for a second season, that’s when the real money starts rolling in.

And so, after 25 years of running the Office of Special Affairs destroying the critics of Scientology, and for 10 years of hiding what he did there and who he specifically destroyed, Mike Rinder is about to become a solid citizen of the Upper Middle Class.

He will be known as one of the greatest critics of Scientology.

This season would be a great opportunity for Mike Rinder to address his past and to finally come clean to those he has harmed as the head of the Office of Special Affairs. I’m sure it could be made into must-see TV.

I’d like to know if anyone has any question that they would like Mike Rinder to answer for them in Season 2 of Leah Remini’s Scientology and The Aftermath, or even before the season begins from his blog.

Specifically, I’m looking for those subjects that you know that Mike Rinder has ignored or covered up because the information was embarrassing to him, or because mentioning it was not conducive to his own successful career path to Scientology’s most prominent critic.

Gerry Armstrong
Dennis Ehrlich
Arnie Lerma
Vaughn Young
Stacy Brooks
Jesse Prince
Robert Minton
Keith Henson
Lisa McPherson
Mike and Virginia McClaughry
Alt.Religion.Scientology
Beliefnet.com
Any hidden lawsuits against critics and their businesses in order to destroy their incomes
Critics Families he has destroyed, or attempted to destroy
Any Specific Apologies he’d like to make to any of the critics lives he had destroyed by the Office of Special Affairs, or that he attempted to destroy

Please add any people or subjects which I have missed. This list was only to get us started – I certainly do not want ANYONE left out.

Mike – These people need a “truth and reconciliation episode” to heal from this horrific fight that they fought knowing that you would use the full force and power of your position to try to destroy them for exposing the abuses of Scientology. These were people for whom there was no upside for themselves personally. They literally faced destruction for the good of others so that no one else could be harmed by the Church of Scientology ever again.

This will be a running theme on this blog until these questions get addressed.

The time has now come, Mike.