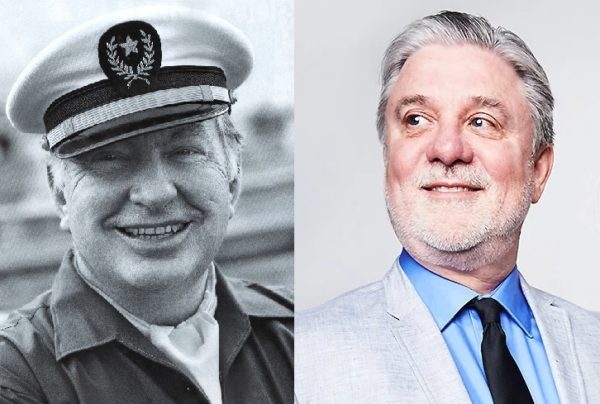 The debate is raging over on the Ex-Scientologist Message Board (Part Doo) in the discussion titled “Mike Rinder book ~~ less than a month away, it coming soon.“.

This was a thread started by the propeller-headed control freak, and effusive Mike Rinder Apologist, Karen de la Carriere. 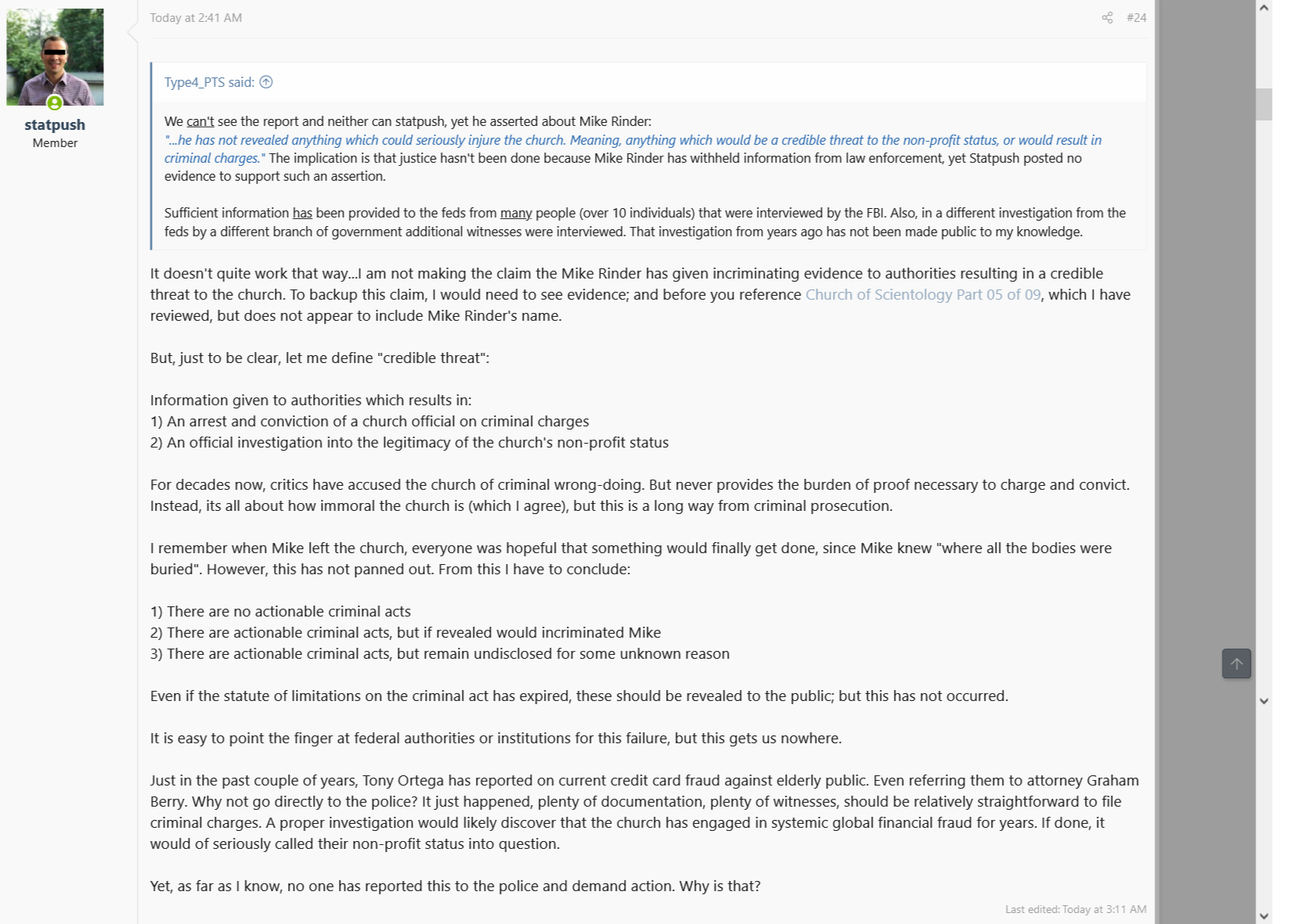 Karen invokes the name of Satan, and tries to associate Statpush with Him in order to “dead agent” StatPush’s character, rather than addressing any of the points he made. This is straight out of Karen’s training at the Office of Special Affairs under the CO OSA, Mike Rinder.

Unless the “Admin” deletes this thread, which he absolutely might because, God Forbid Someone Says Something Karen Does Not Approve of, it won’t be the first time actual discussion of the issues was censored on one of Karen’s properties.

UPDATE: The debate continues to rage on the heavily thought-controlled Ex Scientologist’s Message Board. Every single Karen-controlled thought-weenie says the same things – “We have no right to ask Mike Rinder to reveal anything that will get justice for Scientology’s victims”.

It is a complete 180 degree flip from what the Ex Scientologist’s Message board used to be 15 years ago, and what it should be today. It’s glaringly obvious what has happened here for anyone with eyes to see.

So, before they delete all StatPush’s posts and ban him, I’ll be posting them here. 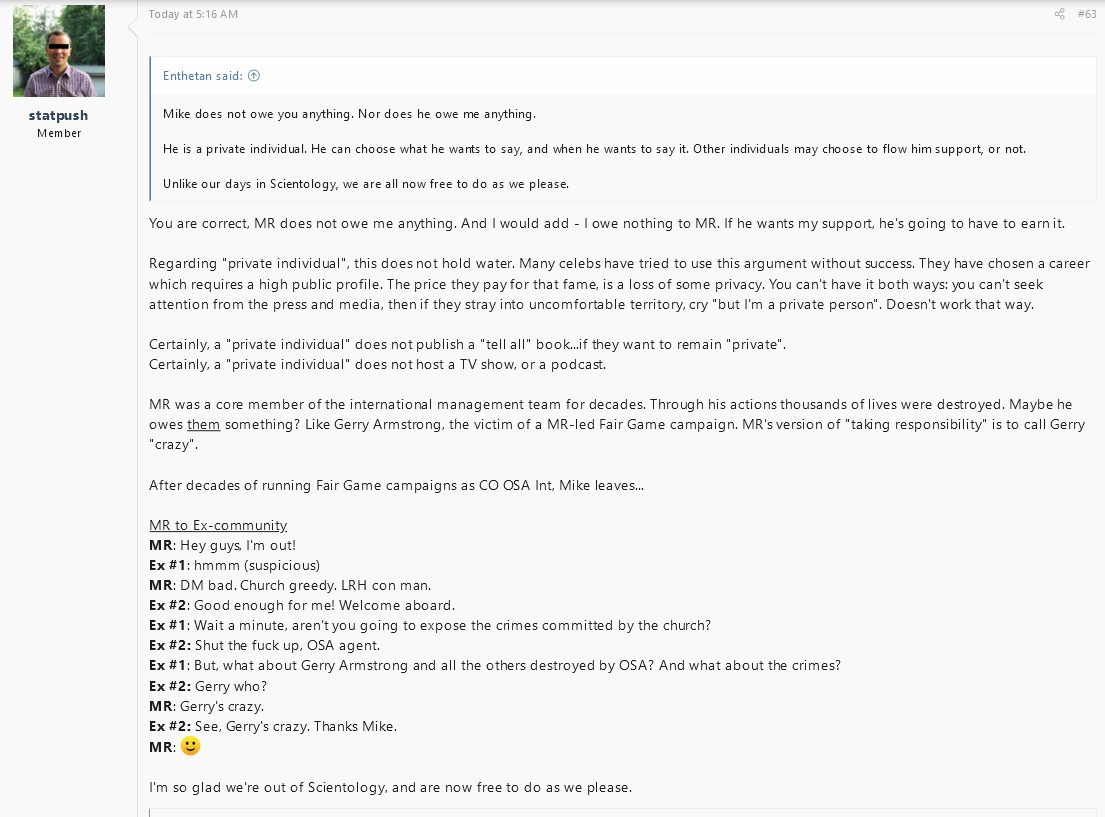 So good to see critics of Scientology who are still around and who have the social courage to speak the truth. 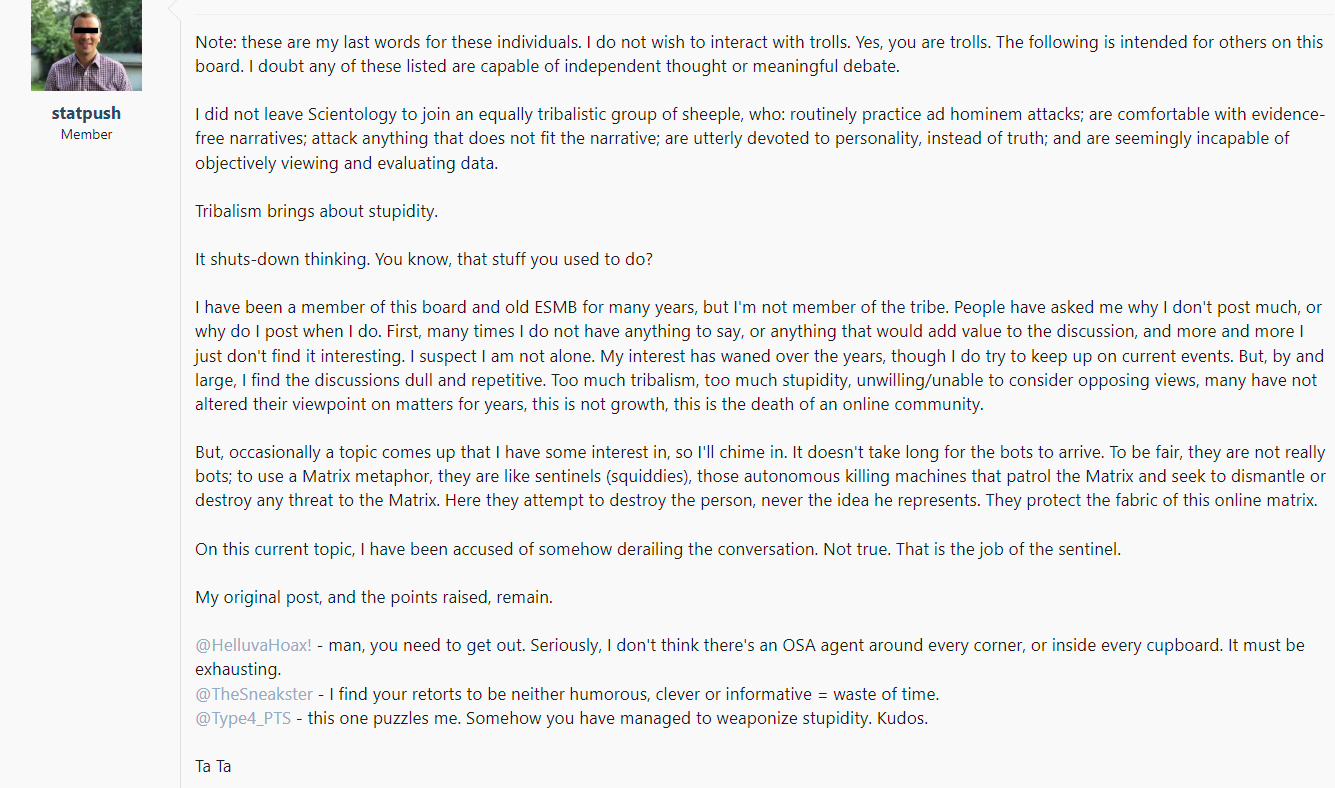 And with that, threats of deleting the thread have sprouted up by the most idiotically paranoid and fanatic posters on ESMB2.

If you were looking for a tightly thought-controlled OSA-style internet property and found ESMB2?

It would certainly serve.

1 thought on “Mike Rinder Will Lead Us to Where All the Bodies Are Buried!”