The goal of an AntiCultist is NOT to tell the truth.

Their goal is to ignite a MORAL PANIC about a minority religion who believes differently.

They need to recruit more people to become hysterical.

So, if the truth about a minority religion ratchets down the hysteria, they don’t tell it.

Some anticultists, like the belligerent AntiCult twitter troll below, just outright lie to try to defame and demean anyone who doesn’t tow the anticult line. In my experience, the same attitudes and behaviors that “cultists” are stereotypically accused of displaying, is way more consistently true of anticultists.

Here he is lying to his Twitter troll network:

Here he is surveilling and harassing my business, replying to a 2015 tweet of mine.

Here is proof that he is lying, as anticultists do: If you deactivate your own account, Twitter gives you 30 days to change your mind and reactivate it. If they “boot you off for violations” as this guy lies, then you obviously don’t have that option. So all I have to do is log in to my old twitter account and this Twitter message pops up for me: 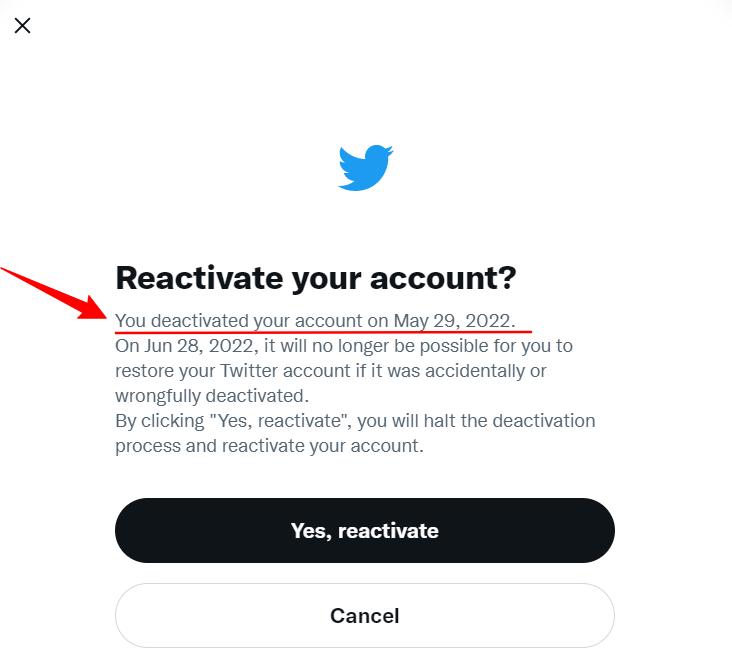 This is proof that I deleted my own Twitter account for AlanzosBlog and was not booted off for any violations.

The reason this guy has to lie about me is that anticultists don’t have enough people or enough power to get rid of their targeted cult, and the truth about cults is often too boring to instill fear and hysteria in others.

I took my own twitter account down because social media is a sap on my time and attention, and the internet in general has become the barnyard of the powerless.

So will this guy take his tweet down and apologize for lying? No. His goal is not to tell the truth, because the truth doesn’t get him what he wants. He wants more manipulated ninnies flipping their lids over unthinking tribalism. So he feels he’s done nothing wrong here by lying.

Here are some of the ninnies on Twitter who follow this particular lying AntiCultist and who consider him and his lies part of their “team”. Personally, I would be embarrassed to be seen following this guy, but that’s just me.