Learning & Growing Out of Anti-Cultism as an Ex

I’m a person who was in Scientology for 16 years, spending 7.5 of those years on staff in low level missions – not in the Sea Org, and especially not at Int Base.

In 1999-2000, when I first got out, former RTC Exec Jesse Prince was telling stories of the craziness that went on at the Int Base. One story he tells is of an SO member with breast cancer, who was placed, with no medical treatment including pain medication, in an empty house on the Base, alone, underneath an air-conditioner, and told to “End Cycle.”

She screamed in pain for weeks and no one did anything to help her. They were ordered not to.

When I read about that (and many other stories of abuse) I got very very angry. I could not believe that I had been deceived so thoroughly by these people. I would have NEVER given 7.5 years of my life, working for free for them, while they did things like this to people – if I had known anything about this.

And this person wasn’t even an “enemy” of Scientology. She was a loyal SO member to the end.

So I actually forgot about myself and my own experiences and began doing everything I could to expose Scientology. I wanted to warn the public so those completely inhuman fanatics at Int Base could not lie to or deceive anyone else ever again.

During those years, having forgotten all about myself and my own experiences, I began to re-interpret my own experiences in Scientology from the viewpoint of all the horror stories of abuse that other ex-members were writing about.

A person tells himself stories about his own life. My stories about my own life started to become distorted, and I began to assign all kinds of harm, lying, and abuse to people in my life who were simply being biased in favor of Scientology, or “tribal”.

The fact is, coming from the cornfields and staying at the mission level, I never saw any abuse in Scientology until I started being exposed to Sea Org members.

The Sea Org is the culmination of LRH’s brainwashing technology development. And it is the Sea Org which emanates and ingrains almost all the crazy fanaticism in Scientology. It’s important to recognize that. Low-level non-SO staff members can become radicalized – especially after they are “handled” by Sea Org management execs. But they usually have to moderate their fanaticism pretty quickly when they come back home, or the public will be too horrified by them.

The fact is that there isn’t so much abuse in Scientology outside the Sea Org. I think it is very important to remember that.

I had to become more disciplined in telling myself stories about my own time in Scientology. I had to re-examine my sometimes over-emotional reactions to what I had learned that the upper Execs in Scientology, like Marty Rathbun, Mike Rinder and David Miscavige, were doing to others. And I had to ask myself things like, “OK. That woman was forced to die underneath an air conditioner. But was *I* forced to die underneath an air conditioner?”

My answer in this kind of disputation process was “no” – it only felt like it was done to me.

Then I had to ask, “All right, exactly what was done to me?”

The great majority of Scientologists never joined the Sea Org, and public of non-SO orgs were never exposed to their brainwashed fanaticism. You should not let Sea Org stories of abuse become your own – if you were never abused. And if you were abused, you should maintain discipline in how you interpret that abuse for yourself, so that you do not allow that one incident of abuse in Scientology to ruin your whole life thereafter.

One of the most damaging things about “Scientology-watching” for Ex-Scientologists, is replaying and re-telling any abuse you suffered over and over for others in order to expose Scientology. You can create a PTSD type situation because you keep telling the same stories over and over and never allow yourself to move on.

You can even gain group status and admiration for your trauma.

Your trauma can become who you are.

Thinking with cognitive distortions can be a major cause of anxiety and depression. It’s important to watch out for these distortions in your own self-talk and be as disciplined and truthful as you can be with yourself.

Thanks for your question, and I apologize for taking so long to post it. I’ve been on an extended vacation and am just now getting back into all things “Critical Thinking on Cults and AntiCults”.

Your question prompted me to add more links for Exes of all “cults” on Cognitive Behavioral Therapy and how they can use it to evolve and grow from their experiences.

To answer your question, my observation is my own.

But because I’ve been out of a “cult” for 22 years, and have come to know the stories and struggles of so many people who have left them, I know my experience here is not peculiar to me. Perhaps someone can deny common sense and attempt to prove my point with a double-blind, tightly controlled scientific study.

I’d be happy to help out.

Did the woman die underneath the air conditioner? Did she have any food and water with her, or was she left to die without any food or water, aside from no pain medication? Was it because of her own request she made, or was she unduly influenced to accept that?

Your point on “replaying and re-telling any abuse you suffered over and over for others in order to expose Scientology. You can create a PTSD type situation because you keep telling the same stories over and over and are never allowed to move on.” is interesting. Is there any relevant research that speaks to this effect or is this purely of your own or someone else’s understanding / opinion? 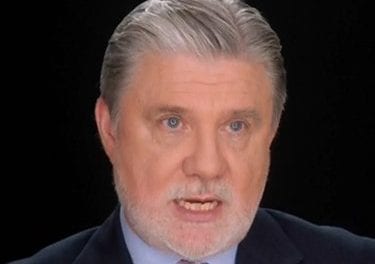 Watch Mike Rinder Lie About What He Did in Scientology

Tony Ortega Proves Once Again Its Not About Scientology ‘Abuse’ for Him, It’s About the Scientologists Themselves

Adjusting to Mainstream Society After Scientology is Not “Recovery”