Initiated by Karen De La Carriere and Jeffrey Augustine, and paid for by the sales of Karen’s Thomas Kinkaid “business”, De La Carriere and Augustine run a network of trolls, bloggers, V-loggers and “journalists” who avoid exposing any of David Miscavige’s criminal activity, and who seek to assassinate the characters of anyone who does.

Here, for the first time, Andrews has allowed us to see behind the curtain at exactly how this works, in all its paranoia and obsessive, propeller-headed control.

Corey Andrews Becomes Disgusted By What He Sees

He is continuing to blow the whistle too, despite massive Twitter and Facebook campaigns to discredit him.

Karen’s troll network is presently seeing to it that Corey pays the price for his integrity, exactly as OSA made sure that Scientology critics paid the price for theirs. They use the exact same tactics as Mike Rinder’s and David Miscavige’s OSA has since the early 80’s.

Is there a connection?

Here are the screen shots of Karen covertly running Corey as one of her operatives. This is an operation Karen ran against a Scientology critic named Micheal Hobson in the Facebook Group SPsRUs, a group she controls along with her paid helper Pete Griffiths. 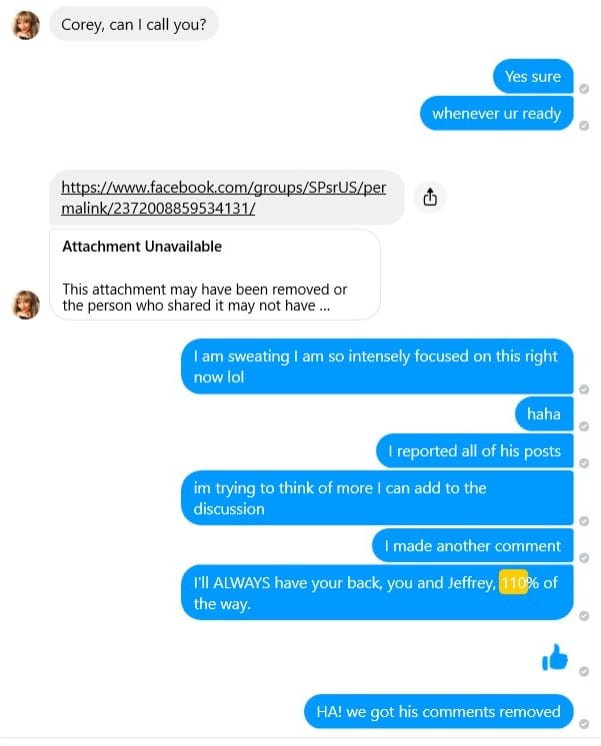 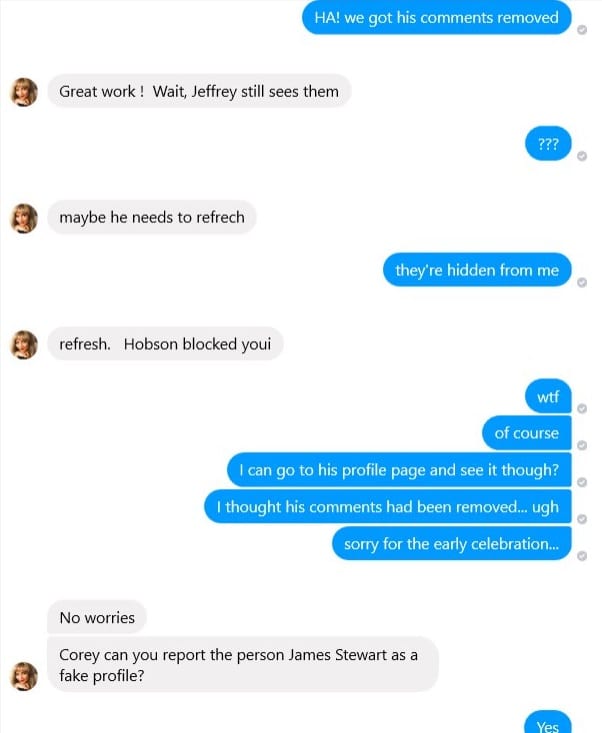 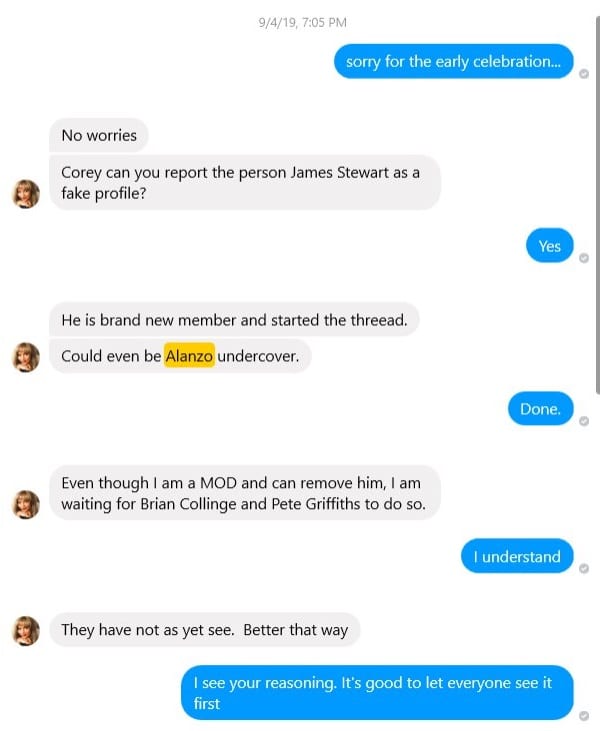 Have you been the target of one of these Anti-Scientology Information Control campaigns?

Let us know in the comments.

AlanzosBlog is NOT a Snow Suzy Property (a discussion platform controlled by Karen or Jeffrey).