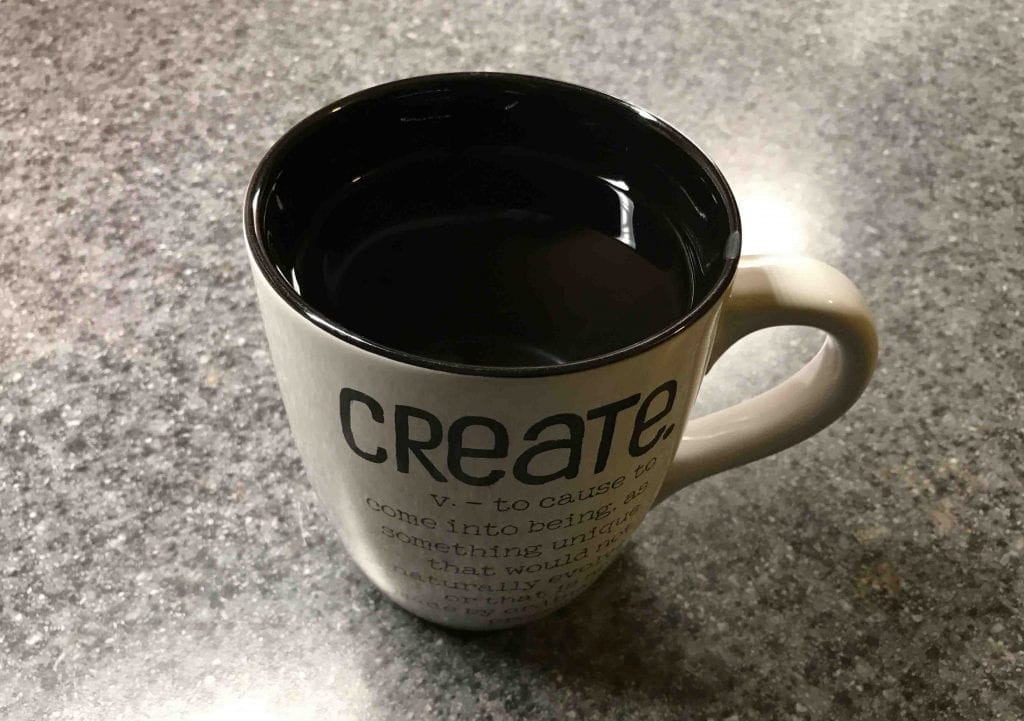 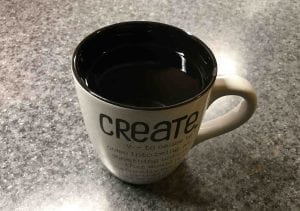 I am a creature of habit.

In the morning, I turn on the shower, go downstairs, fire-up the coffee machine, go back upstairs, shower, brush my teeth, get dressed for work using clothes laid out the night before. Monday through Friday I execute this routine with military precision.

It is my morning ritual.

It’s mine. I created it. I tweaked it, honed it, optimized it, to serve me. It has value to me, that’s why I do it. I have quite a few of these routines.

A scientologist may want to call this a circuit. But, I prefer ritual. A scientologist should know something about rituals, they’re everywhere in Scientology. The Model Session is pure ritual. Clearing a word, The Comm Formula, The Ethics Conditions…all behavior regularly and invariably followed. Standard Tech and KSW are all about how to properly perform the rituals of Scientology.

Thanks to my Catholic upbringing, I had some experience with rituals. My complaint with the Catholic church was that their rituals did not have an acceptable foundation. Scientology was very clever about its rituals. They all had a pseudo-scientific rationale behind them; making them seem less ritualistic and more technical.

So, after 10-20-30 years of heavy ritualistic living, you are shown the door (or you ran for the exit), either way – you’re out! Many found their way onto Anti-Scientology Community (ASC) blogs and forums, where they were greeted with open arms. Personally, I don’t know if I would have left, if it hadn’t been for Marty’s blog, Rinder’s blog, AlanzosBlog, Friends of LRH, Wise Old Goat, to name a few.

Reading these blogs became a daily ritual. No, it was more than that – it was an obsession. All of my free time was spent on the internet to read/listen/watch anything and everything that existed about Scientology.

Soon after leaving I was a regular on Mike and Marty’s blog. My new ritual.

Consider this: this ASC congregates around a web site(s), devotes attention, consumes the news and comments of the day, offers up their contribution to the virtual community with hope and anticipation that someone will respond to their posting. If one were lucky, the site host would respond = elation.

So why do all of this? Short answer, I got something out it. It had value to me.

Leaving the church can be unsettling. Things look very grim; some lose their family or their job. Instinctively you know you made the right decision, but a little encouragement doesn’t hurt. Daily revelations of tales of church abuse and wrongdoings was just what the doctor ordered.

So, this became my new ritual…and it was great.

Four years on and there is still value, but less of an appetite.

How many times can I relay my personal experience with IAS reges, or staff abuses, or illness, death and bankruptcy? Occasionally I will have an epiphany and put together a thoughtful post. But it has been less and less. I still find the need to expose the church for what it is, but it is less consuming.

Incidentally, all this recent brouhaha about Marty Rathbun…to me, the ASC expected, or maybe demanded, that he be the High Priest of the ASC. And for a time, it appeared he was. But, now he’s changed, just as I’ve changed. There is less need. It is difficult to justify the expenditure for the potential gain. Life can be hard enough.

I am eternally grateful to Mark Rathbun and Mike Rinder for what they’ve done. On a personal level, they have paid their “debt” to me for any wrongdoing. Just realize what their life must have been like. I would not trade places. Would you?

At the moment, I still perform the ASC ritual. What is different, is I know why.

How Hubbard Lied: ReDefining “Individuation” Like It’s A Bad Thing

Tony Ortega did me a service. His nasty, gloating hit-piece on the Lemberger’s trial which was supposed to “get” Rathbun persuade me to give up my own daily ritual of reading his and Mike R’s blogs every day. I check them out still if I hear there’s an important story, but actually this blog is my favourite one on the topic now.

I think this is a common theme for many of us, I eagerly swallowed up everything I could read on the post scn internet. I still read and sometimes comment but the enthusiasm isnt quite what it was.

Good points above about not taking everything too seriously and even interjecting a joke at times. I look for the occasional joke or laugh, but there are few. It’s mostly a reiteration of how bad, awful, terrible, evil, etc. everything was and is. Maybe that’s the basic purpose of a scn blog, along with providing some feedback for the occasional newbie or allowing him or her to vent. Alanzo was quite helpful to me in that respect.

Great post Stat Push. When I finally awoke from my Scientology delusion I had a very similar ritual. However for me it was more of an indulgence than a remedy. I had been out for awhile before I started reading and posting on the blogs. And my involvement on them for me was a mix of good and bad experiences. As far as people on the web who really helped in braking my delusion it would be in no particular order: Dave Miscavige, Bent Corydon, Jessie Prince, Mike Goldstein, Gerry Armstrong and Arnie Lerma.

Never underestimate the power of a joke 🙂

Yep! Save me a seat!

Richard, I wouldn’t worry too much about others thinking you might be too flippant about scn.

We all have our own experiences with it. Being too serious about it all is not a desirable frame of mind.

Someone said quite a while ago on one of the blogs, that humor was one of the most devastating weapons one could bring to bear against Scientology seriousness, a weapon for which Scientology had few, if any defenses.

Their “deadly serious activity” withers against a pithy, clever quip.

I want to mention that I don’t mean to be flippant about scn. The Co$ and the subject itself has caused great harm to many people. In my case I was single and just walked away with no disconnection or bankruptcy. I didn’t do the OT levels which have been a dangerous path of mental exploration for some people.

Even though its membership is low, there’s no way Scn is going to go away quietly. There will be epic moments. How often does something like this happen? Not too.

I want a front row seat.

I think the rise in ASC numbers is proportional to the decline in CoS membership. But even with the ASC I’ve noticed some of the veterans dropping off. At the same time new faces are popping up, many never-ins.

All-in-all, I think ASC does more good than harm. They are having “The Conversation” the church cannot have, and its destroying the church. It all needs to come out.

Laughter! That’s way up there on the “tone scale”!

I like your reference to ASC as the anti scn community. It’s much better than anti scn cult, although I can see why Marty coined it that. Some people, I would say not all that many, are entrenched and almost fanatical, book burners so to speak.

I’ve been blogging for less than two years and my writing skills are gradually improving. Experienced writers like yourself and Alanzo are able to express your thoughts clearly, which I admire. I’ve made a few faux pas on the blogs which, happily, I was able to clear up. I might still have a “reading item” of “Fear of making a stupid comment.”

As the number of active scn-ists steadily declines, it’s obvious that there will be less interest in scn blogs. I do think many people who were never in scn would find scn discussion interesting as it regards cultism in general, especially if the had been in another cult themselves, religious or otherwise. Many people also make mention and reference to other studies they’re doing, which I’ve investigated and I’ve gained an overview of a lot of things from Buddhism to occultism to classical music.

Regarding “hope and anticipation that someone will respond”, one time someone said I made a “wise comment” and my head swelled up for days.

Thanks for this Statpush. Nicely stated.

Me too. It’s part of my routine to check out the latest each day.

When I was first decompressing from and working on deconstructing my Scientology experience, there was an urgency about reading the blogs. It was like nutrition.

I was on that Scientology stage not all that long ago, strutting and fretting with the best of them. Now I’m just in the audience, eating popcorn and watching the drama unfold. And extremely happy about that!

Hi StatPush! – What more can I say than “I can relate!” A bit different than your experience, I split scn in 1982 and never looked back. After watching Going Clear I decided to reexamine my long gone participation and what a surprise.

I spent over a month of full time obsession reading at least a hundred topics and thousands of following comments on Alanzo’s, Marty’s and Mike’s blogs.The “wrong thinking” I’d carried forward for all those intervening years seemed to bubble up and come into view from reading the intelligent back and forth conversations. I might call it benefitting from the “Collective Wisdom” of the many.

I share other thoughts you mention above. Maybe I’ll post some later. It might interest you to know, StatPush, that I found many of your own posts to be a part of that collective wisdom from which I benefitted. 🙂