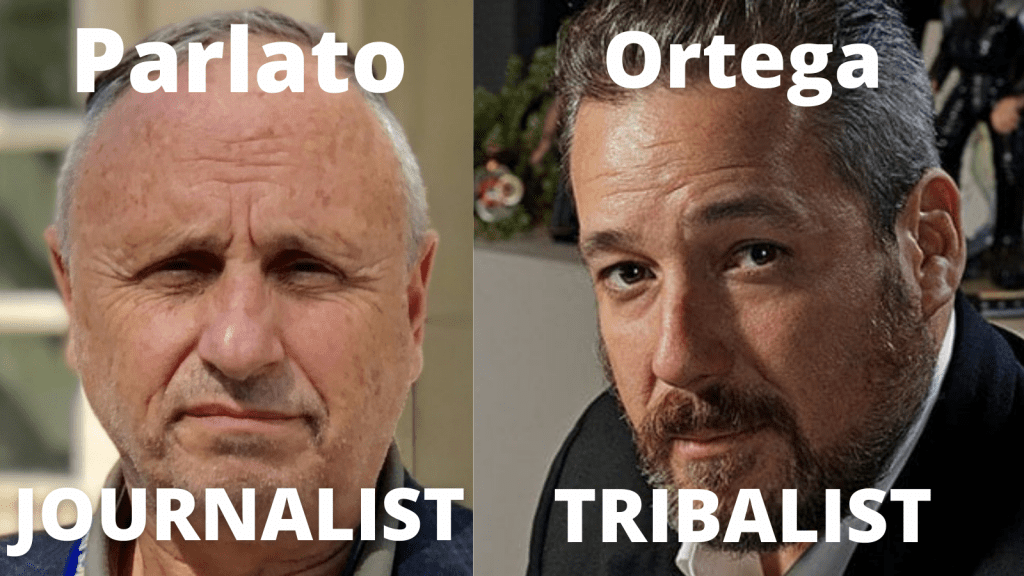 But what’s even more enlightening for me are the differences and similarities between Anti-Scientology and Anti-NXIVM.

The biggest difference between them is the quality, and thus the effectiveness, of the investigative journalism that Anti-NXIVM has over the blatant and impotent tribalism that exists throughout Anti-Scientology.

Keith Raniere is spending 120 years in federal prison right now, in large part due to the investigative work of Frank Parlato.

David Miscavige is safer than he has ever been, in large part due to the impotent tribalism of Tony Ortega.

Here’s a recent article that Parlato wrote based on a quick read of my blog and some of the comments I’ve written on The Frank Report.

Excellent commenter “Erasend” weighs in with his perspective on Mike Rinder: 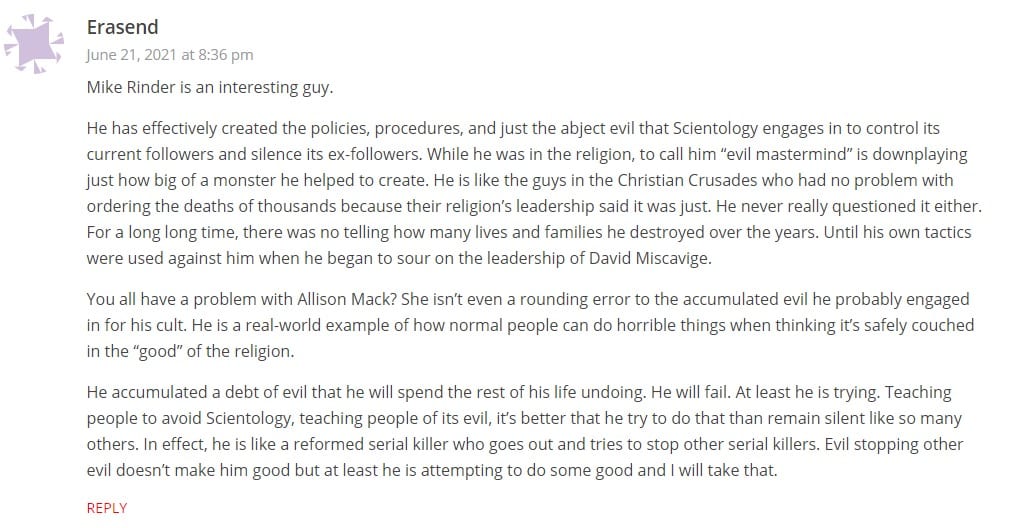 Here’s my reply to him: 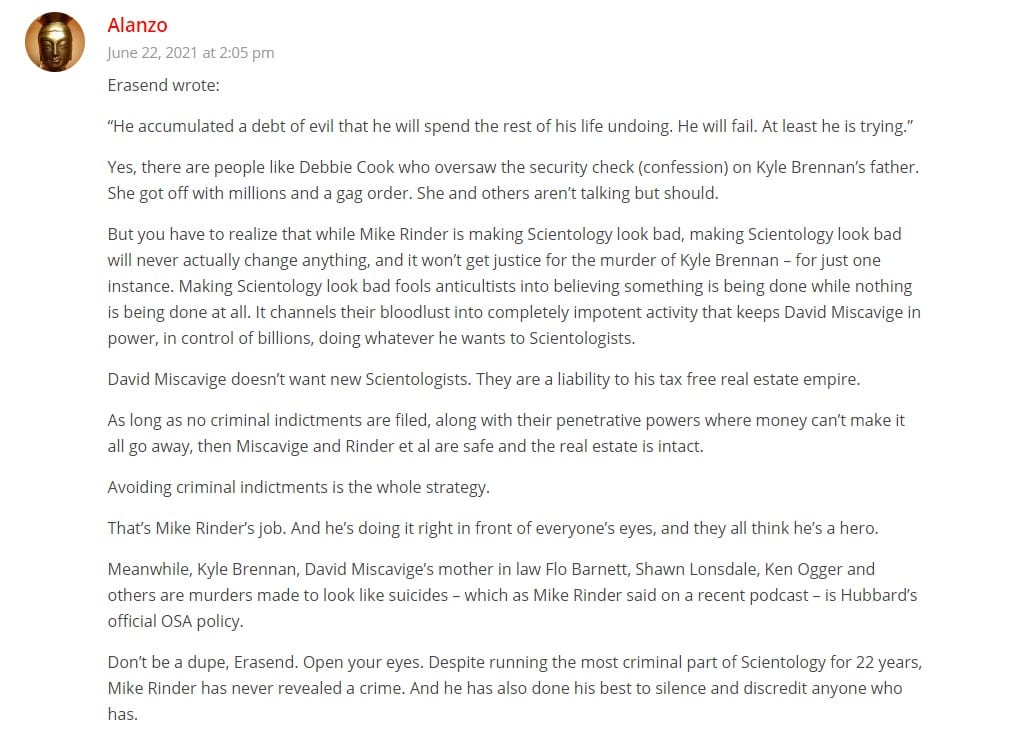 Here’s Erasend’s reply back to me – bless his heart:

And here’s the difference between Frank Parlato’s The Frank Report vs Tony Ortega’s Underground Bunker – This communication is allowed on one, and is completely forbidden on the other:

Is Tony Ortega’s fake journalism one reason why David Miscavige is still running Scientology, in control of billions, doing whatever he wants to Scientologists – and Keith Reniere is in federal prison?

Yes. I believe so.

I’ve asked Frank to look into Scientology, and he has since started publishing articles on it.