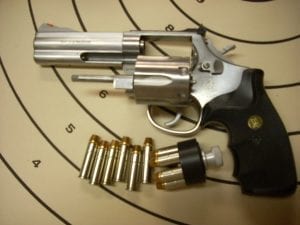 “Knowledge of the enemy’s dispositions can only be obtained from other men. Hence the use of spies, of whom there are five classes: (1) Local spies; (2) inward spies; (3) converted spies; (4) doomed spies; (5) surviving spies. When these five kinds of spy are all at work, none can discover the secret system. This is called “divine manipulation of the threads.” It is the sovereign’s most precious faculty.

“Having local spies means employing the services of the inhabitants of a district. Having inward spies, making use of officials of the enemy. Having converted spies, getting hold of the enemy’s spies and using them for our own purposes. “Having doomed spies, doing certain things openly for purposes of deception, and allowing our own spies to know of them and report them to the enemy. Surviving spies, finally, are those who bring back news from the enemy’s camp.

“Hence it is that with none in the whole army are more intimate relations to be maintained than with spies. None should be more liberally rewarded. In no other business should greater secrecy be preserved.”

It might be lost on some people that having a Church attorney read an email from Marty Rathbun in open court to try to discredit a critic during a trail is not only an exposure of Marty Rathbun as a spy. It is also, more importantly, an action of killing Marty Rathbun’s credibility and burning him, rendering him useless for any Church intelligence work.

It was an action to make Marty Rathbun into a Dead Agent – to ensure that no one in the Ex and Indie communities will ever trust him and come to his aid for anything ever again.

And David Miscavige used Tony Ortega to do it.

I quoted this from Sun Tzu because L Ron Hubbard made all OSA Agents read and clay demo every verse of this book. Along with following L Ron Hubbard Advices, The Art of War is the basis for everything that OSA, David Miscavige, Marty Rathbun, and Mike Rinder, do.

The day after Tony Ortega posted his first broadside against Monique Rathbun for dropping her lawsuit, I received an email from Marty, with his phone number, asking me to call him.

He picked up right away, whispering into the phone while walking outside to talk to me because the rest of his family was still asleep. He told me that he appreciated what I’d written defending his wife in the comments section of Tony’s blog. I told him that there was no need to thank me, I was saying something I thought somebody needed to say.

He then started talking in a way that made my ears perk up.

He started talking to me about being a screenwriter.

Before this, I’d never talked to Marty Rathbun in my life. I’d sent and received maybe one or two emails from him during his time as King of the Indies, but those were nasty, brutish, and short. The idea that he was bringing up screenwriting to me, and pushing it as a “button”, was very intriguing. I know that no one is going to believe me when I say this, because after all, Tony Ortega has just proven that I have been duped by Marty Rathbun, but I did know in that instant that Marty Rathbun was recruiting me, and that he was using OSA intelligence material on me to do it.

Over the 17 years that I have been a critic of Scientology, certain items have come up in my conversations with other “critics” that let me know that they are either OSA, or they have been briefed by someone who is working for OSA, about me.

One of those items is “You’re unimportant”.

The very first time I was ever put on an Emeter in Scientology was in the course room of the Champaign, IL mission in 1984. The course supervisor called me up to check what I had been reading. Obviously he spotted some kind of misunderstood word phenomena on me. After asking me a few definitions of words from my course, he placed my Ups and Down in Life Course pack on the meter shield on his desk in front of me, opened to the essay I was reading. He had me hold the cans while reading a passage by L Ron Hubbard.

As I read, he said “That! What did you just read?”

I said that it was a sentence about how “unimportant people” should not be shown any undue attention. His direction of my attention to this term made me realize that I had a very big disagreement about the attitude being displayed here by L Ron Hubbard. In fact, I began to get quite pissed off that Hubbard was talking about “unimportant people”. I protested and disagreed that anyone was “unimportant”. I really did not like the fascist and authoritarian tone that Hubbard was displaying here.

I was sent back to my table to keep studying and pretty soon I realized that I felt pretty good. I mean really good. I blurted out to the Course Supervisor, “Hey! That really helped! I feel so much better now!”

It was my first win in Scientology.

And it was very clearly written and filed, from top to bottom, as the first few worksheets of my preclear folders.

Many years later, in the early 2000s, after I was already out of Scientology and being a critic of them on the internet, I had an occasion where I was in the same room as a real live person who worked for the Office of Special Affairs. As he was in the middle of a conversation with me which clearly belied the words that were about to come out of his mouth, he looked right into my eyes and said unto me “…because you are so unimportant.”

When he left the room, that phrase stood out to me like a raw buffalo. It was very odd. It was forced. And it was inapropos of the very conversation that we were having. And yet he said it with an almost “Tone 40” intention, straight into my face.

Over the next few months, I remembered that word-clearing session I had in Champaign, and I realized that “you’re unimportant” was their interpretation of a “button” of personal emotional turmoil that is written into my pc folders. Since then, whenever it has been used on me, I’ve known that it was being used as an OSA op. Either the person himself was OSA, or he had been briefed on me, unwittingly, by OSA.

The next time it was used with me was by Mike Rinder on the Internet, while he was still working with Marty Rathbun as leaders of the Indies. I knew at that time where Mike Rinder got the intelligence to use that phrase on me, and what he was doing when he used it.

These are the kinds of things that make OSA agents really clown-like and buffoonish. A real spy, whose very life depends on the deft use of this technology, would never be this ham-handed.

But here was Marty, talking to me about something on the phone that he could not possibly know about me, but which was strewn all through my pc folders from the time I lived in LA.

Leah Remini’s Scientology and the Aftermath Attack Their Critics Too 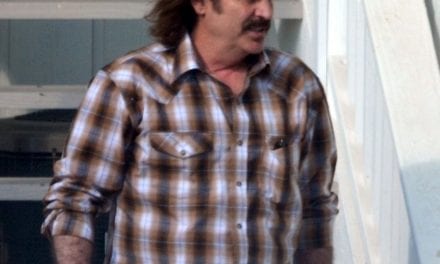