Consonance & Dissonance in Thinking About Scientology

The human mind wants to think about things – especially important things – as either ALL GOOD, or ALL BAD.

A mixture of good and bad in the mind gives you a feeling of dissonance – disharmony, conflict, chaos.

Thinking about things as ALL GOOD, or ALL BAD, gives you a feeling of consonance – consistency, harmony, peace.

Feelings of consonance are much more tolerable to you than feelings of dissonance. So the mind always tries to get away from dissonance and create consonance. Your mind will reduce dissonance by ignoring, or explaining away, thoughts and ideas that don’t fit your existing belief system.

But some Ex-Scientologists live like this, even after getting themselves out of Scientology, every day.

The truth about Scientology, as with almost all other things in life, is dissonant: It is both the good and the bad mixed together.

You can’t understand something that is complex and dissonant by thinking about it in simplistic ways. Your thinking has to match the complexity of the situation you are thinking about for it to be adequate to understand it.

A feeling of consonance can be achieved, even amongst the dissonant wreckage of Scientology. It takes an effort to think about things in nuanced ways, to think in ways more complicated than ALL GOOD or ALL BAD. It takes a complexity of thought that matches the complexity of all your experiences in Scientology – all the good ones and all the bad ones.

As with any skill, this way of thinking requires learning, effort, and practice.

This skill is a very desirable one to work on after Scientology.

People Who Have Been Harmed By Scientology Deserve Justice 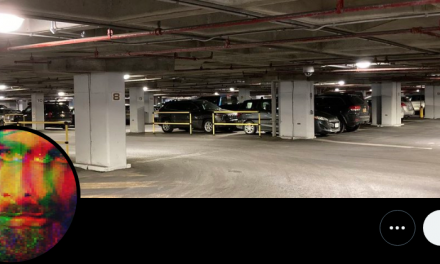 Good question. I can only answer from my experience.

I was lucky. I was interested in and beginning to study Buddhism when I walked into a Scientology mission and was told that Scientology was “Buddhism, updated, with meters”. I had not yet learned enough about Buddhism to see that this was not true.

So when I left Scientology, I just went back on the path I had been derailed off of by that Big Troll L Ron Hubbard. Buddhism has been more than enough for me spiritually.

But I have also generally kept studying and feeding my mind and soul. I’ve kept studying philosophy, real philosophy like Plato and Aristotle and Kant. I’ve continued to read books on science and critical thinking and neurology and social psychology. I have studied the areas that Hubbard said he had “wrapped up” and found out that he had clearly not understood even the basics of many of the subjects he presented to Scientologists as “wrapped up” in Scientology.

So a good thing to do might be to go back and take a look at the person you were when you were first getting involved in Scientology. What was your life like? What goals did you have? What problems existed for you back then? Which ones were addressed by getting into Scientology? Which still exist?

During this kind of self-examination, I’ll bet somewhere in there your own answer will plop out onto the ground in front of you.

Sorry, perhaps slightly off topic, but what follows Scientology? Many are clinging to the Indie groups but this is not for me I’m done with the subject however it is offered. Yet we all got into scientology for something – answers, help, whatever. Are we to think that these issues are now resolved and we can go back to normal, whatever that may be?

I haven’t found another cause yet and am not sure I want to, but Scientology promises so much that it never delivers on and has left me at least part way back where I started – what is there beyond everyday existence? Perhaps my question is not off topic after all, could this be an example of the very dissonance you are talking about?