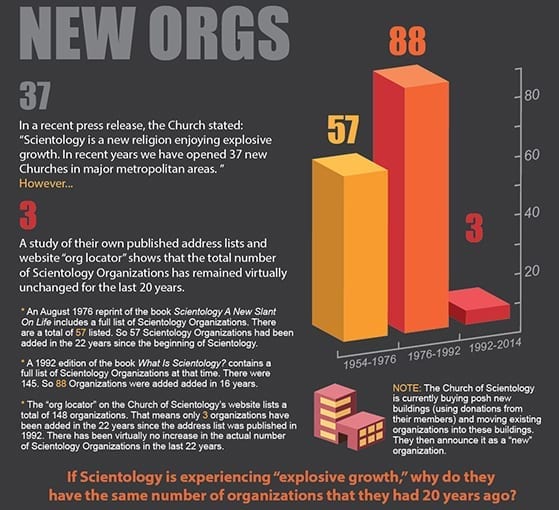 Mike Rinder posted a graphic which proves that the Church of Scientology lies to the world about their size, and the rate of their growth.

They, in fact, are shrinking, while they tell the world, and the world’s media, that they are growing.

Jefferson Hawkins of SkyHawk Studios created this graphic from statistical data that the Church itself has reported over the decades of its existence. It’s counter-intuitive to think that an organization that calls itself a “Church”, and which enjoys the full protection of the First Amendment in the United States, will blatantly lie like this. But they do.

2 thoughts on “How Big is Scientology – Really?”