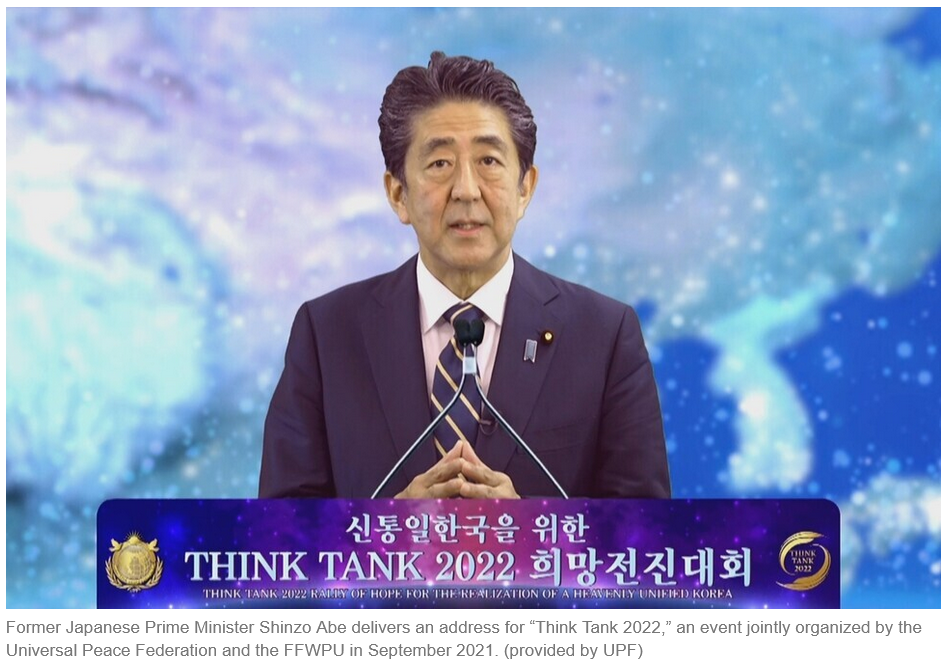 “Reports have surfaced that Tetsuya Yamagami, the man who fatally shot former Japanese Prime Minister Shinzo Abe, referenced his mother’s religion — the Unification Church — as the motivation for his actions, drawing interest to the religious movement.

“While being questioned by police Yamagami reportedly said that his mother is “a follower of the Unification Church” and that he had “targeted Abe due to his ties” to the group. Additionally, he reportedly stated that he “originally wanted to target the leader of the Unification Church,” but believing it would be difficult, he’d attacked Abe, believing the former prime minister of Japan to have ties with the church.

“Following her husband’s death, Yamagami’s mother took over his construction company until she went bankrupt 20 years ago. Regarding this, Yamagami reportedly was resentful of the Unification Church, as he believed his mother — a follower of the church — made large donations to the religious movement.

In the articles listed below, other anticultists are interviewed who justify for Tetsuya Yamagami’s assassination of Shinzu Abe, just as they did in the murder of a young Scientology staff member in Sydney Australia, exposing the sociopathy built in to AntiCultism.