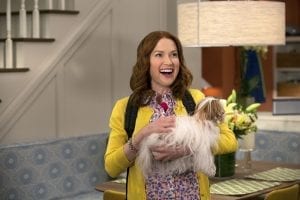 Sociologists who study the issues surrounding religions and cults have identified 3 types of stories that form a socially-constructed narrative of a leave-taker’s experience inside their former group.

These types of stories are not unique to Ex-Scientology. They have been found to occur as common coins passed around by leave-takers who assume a role which sociologists call “the apostate role”.

I’ve written about this before, but I am going to define these terms again here.

The Apostate Role, a role that a minority of leave-takers assume, is one type of role among 3 which have been identified by sociologists.

The Apostate role: defined as one that occurs in a highly polarized situation in which an organization member undertakes a total change of loyalties by allying with one or more elements of an oppositional coalition without the consent or control of the organization. The narrative documents the quintessentially evil essence of the apostate’s former organization chronicled through the apostate’s personal experience of capture and ultimate escape/rescue.

The American sociologist Lewis A. Coser defines an apostate as not just a person who experienced a dramatic change in conviction but

“a man who, even in his new state of belief, is spiritually living not primarily in the content of that faith, in the pursuit of goals appropriate to it, but only in the struggle against the old faith and for the sake of its negation.”

When a person decides to take on the Apostate Role, he usually teams up with others who are also playing that role. And in order to be a legitimate member of this group, the new person has to get his stories about his former cult/religion straight. To stay in this group, Sociologists have found, (and I have experienced first hand), that the new group member needs to accept and promulgate three types of stories about his former group.

These three types of stories are called

An example of a Capture Story introduces the idea of the “deluded follower” who was under “hypnotic mind control” in order to be captured against their will into the religion. This story which serves as an example, comes from Mormon apostates from the 1800s, goes like this:

At this time I was wholly unacquainted with the doctrine of magnetic influence; but I soon became aware of some unaccountable power exercised over me by my fellow traveler. His presence seemed an irresistible fascination. His glitte¡ eyes were fixed on mine; his breath fanned my cheek; I felt bewildered and intoxicated, and partially lost the sense of consciousness, and the power of motion . . . I became immediately sensible of some unaccountable influence drawing my sympathies toward him. In vain I struggled to break the spell. I was like a fluttering bird before the gaze of a serpent-charmer.

An Escape Story.. well. We’re very familiar with these. Almost every Int Base Escapee has an escape story. Few of which I actually doubt. Marc Headley wrote a great book called Blown For Good – which was all about his escape story from Scientology’s Int Base.

The question becomes, “What about the anti-Scientologists who never were at Int Base?”

Chris Shelton, a person who is playing the Apostate Role for all that it is worth right now, was also in the Sea Org, but not at Int Base. He told me his escape story. He routed out “standardly” and became a public Scientologist in Minneapolis. It wasn’t until the Church forbid him from even helping out staff at the Minneapolis org, and made a female Scientologist he was in love with disconnect from him, that he realized that, after 25 years, Scientology was a cult that needed to be taken down.

Most other non-Int Base Sea Org members I know left the same way – they routed out standardly or walked out the door and never came back. And I know of no Class 5 or mission staff or public Scientologists who had to “escape” in any way. But which escape stories are told over and over? The stories from the kookiest place in Scientology – Int Base.

You might ask yourself – as I did for years – Where is law Enforcement? Why haven’t they done anything about this? There are standard responses for these questions in Apostate Ex-Scientology. But I have found that these standard responses act as thought-stopping cliches which hide the real answers behind them.

In this critical examination of these types of stories that we tell ourselves, the process of separating these out and analyzing their details is important. Why? Because we need to have truth and accuracy if we are to locate the actual abuses in Scientology that need to be addressed and corrected by law enforcement or any other governing force in the real world. Facts are important, especially if you want to win court cases and force the Church of Scientology to change.

So here is a list of atrocity stories that I am familiar with from Scientology. There is no attempt here to make these false in any way. This is an attempt to identify what these sociologists are talking about, and to critically examine these stories in order to test their veracity.

In order to do this we need to step back – cool out – and think about what we’re telling ourselves.

Can anyone think of any more?

NOTE: I realize that these stories are considered sacred in anti-Scientology and must never be questioned or challenged. Well that’s one of the things that kept me in Scientology for 16 years, and in Ex-Scientology for the same amount of time.

Think of all the Escape stories, Capture stories, or Atrocity stories you have heard or told yourself and others about Scientology over the years, and list them in the comments section below. 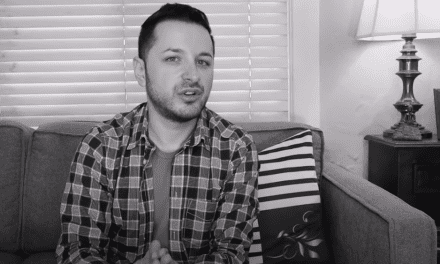