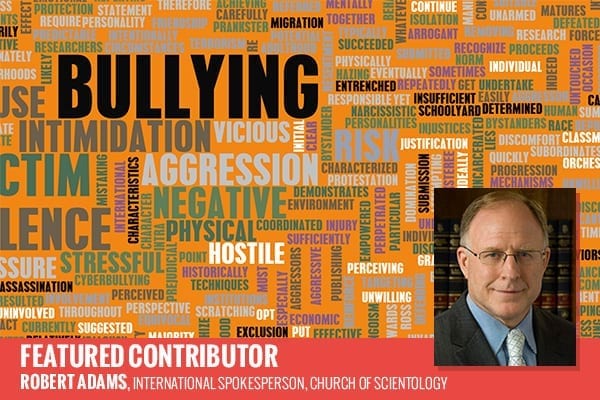 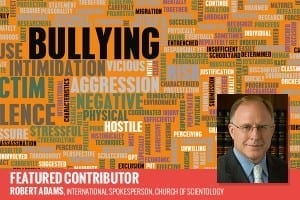 Bullying is a routine “handling” for people who Scientology perceives as “suppressive”.

Bob Adams’ article is truly one of the most hypocritical things I think I have ever seen them lie about.

It is truly Stalin and Kafka-esque.

And here’s their Soviet-style propaganda piece, as if pulled from the pages of Pravda: Religion News.com “A Scientology Perspective on Bullying”

Here’s the true documented Scientology perspective on bullying which runs against their Stalin-esque PR pronouncements about it on WorldReligionNews.com.

George Baillie, an OT 8 Scientology Sea Org Member (the elite of the elite in Scientology) bullies a person who he has just met on the street in East Grinstead, England.

This is another Scientologist who is talking to peaceful protesters on the street in Clearwater Florida:

This is “William” a staff member at the Church of Scientology in Washington, DC bullying a protestor outside their organization.

The infamous Squirrel Busters Bully and harass Mark Rathbun at his home.

A Paris man was assaulted by Scientologists and shows his bruises

Anderson Cooper had a week long series called “Scientology: A History of Violence” on CNN which is one of the most bizarre and creepy things ever aired on TV:

And here’s the most recent video documenting Scientology bullying – of an Ex-Member at LAX just ten days ago – by 3 of Bob Adam’s fellow top executives of the Church of Scientology, no less:

Bob Adams talking to people about bullying from a “Scientology perspective” is really one of the stupidest things they could possibly do.

Obviously, they don’t let Bob on the Internet.

Scientology bullying is Scientology’s true perspective on bullying, and it is fully documented. 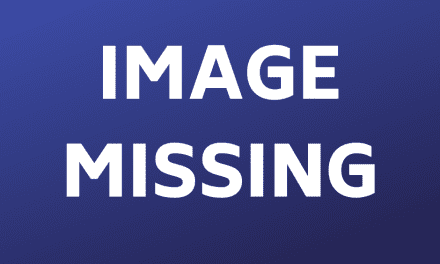 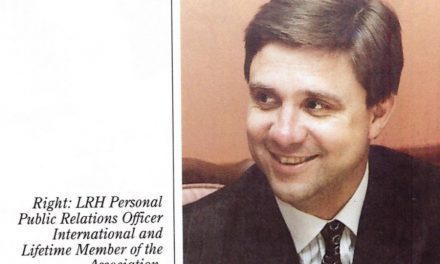 What is a Limited Hangout?