In 2011, Mike Rinder traveled to Trinity College in Ireland to debate why Scientology is a religion. I mean if he traveled all the way there to say this – he must have meant it – right?

But here’s what Mike Rinder says about it:

Mike’s presentation here contains, in rat-a-tat fashion, all the considerations which governments and social scientists and expert court testimony uses to determine whether a group is a religion.

Chris Shelton, even though he has the arrogance to call himself an expert in this matter, does not use any of Mike’s criteria to proclaim that Scientology is a not a religion. This is what Chris said about himself in his video called “Why Scientology is not a Religion”:

Even though Chris has convinced himself that he has the “expertise to speak from a position of certainty”, none of the criteria Chris uses to proclaim Scientology not-a-religion are legitimate. His argument is that while he was working in Scientology “at its highest levels” (eye roll), nobody acted like Scientology was a religion, therefore Scientology isn’t a religion. Mike Rinder effectively debunks this view in his speech here.

Leah Remini has also declared that Scientology is not a religion. But she doesn’t use any social science or court rulings or any other legitimate criteria to conclude this. Coming from Leah Remini, this proclamation is like a Fatwah issued by the Screen Actor’s Guild: the lines are delivered by striking a pose with nostrils flaring, but it’s really just another actor posing. Actors never really get the respect that they feel they deserve. Given Leah’s argument, determining whether Scientology is a religion is another instance where actors really don’t deserve it.

Scientology is a religion, and Mike Rinder says exactly why, using the correct and legitimate criteria to make that conclusion.

A Little History – As Defined By Me

When Mike Rinder first delivered this speech in 2011, he did it when he and Marty were running the Indies. And it was scheduled suspiciously close to a crusade I was running on those guys of “Why Can’t Marty and Mike Debate Stuff?” As the Kings of the Indies back then, their position was that “the only thing wrong with Scientology was David Miscavige”. Which was very wrong, and I was calling them out on it.

When Mike suddenly appeared in Ireland at Trinity College – one of the most prestigious debate fora in the English Language – I thought, “Wow. Mike really has a hard time with criticism. He could’ve just cut and pasted this onto Marty’s blog.” 🙂

Rinder’s is a good solid speech, with the correct criteria to determine whether something is a religion, and he proves here that Scientology is one. Courts have affirmed it, and so has the IRS and many other government bodies around the world.

No matter how hysterical the anti-Scientologists get, no matter how much they kick and scream, I don’t think this shaving cream is going back in the can.

When Marty, Mike and Dave were going for Tax Exemption, Marty said that all they needed was a seat at the table. Once they got there, they knew it was a slam dunk – not because they bought everybody off at the IRS, or blackmailed them, but because Scientology is legitimately a religion and it is easy to see for those who determine such things.

The argument that Scientology is not a religion is simply illegitimate if you know what criteria are used to decide this. Mike does know the criteria here, and he delivers them beautifully – in probably the best places to deliver them on Earth. 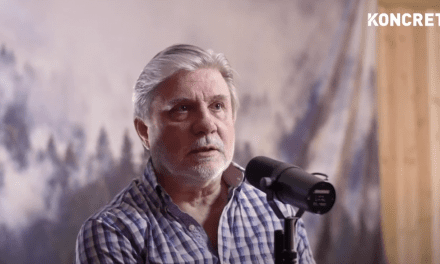 Do you skip over attempts to inflame your political passions - even if those tweets used to work on you?

The US is a highly dysfunctional society, similar to Romania under Soviet rule.

There's really nothing a citizen can do about corporate control of US democracy.

That time when the author of 'The Varieties of Religious Experience" did a bunch of whippets and wrote down everything he thought.

It's short, but stout.