From their positions as the heads of the Office of Special Affairs, I witnessed what Marty Rathbun and Mike Rinder did to people who had the courage to speak out and warn the public about the criminality and abuse they experienced while in the Church of Scientology.

Make no mistake – I appreciate what Marty and Mike have done for the last year and a half to try to repair the damage they did to Scientology’s whistle-blowers and others who spoke out. In my opinion, Marty and Mike are on a clear path to clean up the abuses they perpetuated against well-meaning, innocent people who sacrificed their livelihoods, their families, and sometimes their sanity, to do what they felt was their civic duty for their fellows and to warn the public about the dangers of Scientology.

I believe that Marty and Mike ARE now headed in the right direction.

They are not yet telling the full truth that everyone needs to understand the full activities of what Scientology has been engaged in, and to know the real statistics of an organization which seeks to exploit their members’ spiritual vulnerabilities, and which has abused their member’s sacred, spiritual trust.

Much has changed for the better since Marty and Mike began speaking out. And their efforts, and what they themselves have endured at the hands of their former boss, David Miscavige, are all very much acknowledged by me and many others.

But I am here to tell them that they need to do more: They need to come fully clean.

They know FAR MORE than they are telling.

In a post that Marty Rathbun wrote a few days ago entitled “Journalists Beware of Scientology Inc Spy“, Marty Rathbun exposed a person who probably worked for Marty and Mike for 20 years. He was probably managed by Marty and Mike while they ran him on operations they themselves conducted against whistle-blowers who went to the press to warn the public and to expose Scientology’s criminal abuse.

The following set of comments on Marty’s blog, underneath Marty’s article, exposes one little string that every Scientologist needs to pull so they can make fully informed decisions about an organization, and a philosophy, to which they have given their lives, their good names, and their sacred trust:

This is fascinating stuff, Marty. Connolly was pulled off a Vanity Fair piece in 07 on the suicides of Theresa Duncan and her 2D, Jeremy Blake. Graydon Carter offered no explanation as to why he took him off the story but consider this: Duncan was telling the world that her friend, Beck, wanted to get the hell out of the CoS. After that, she started getting threatening phone calls in the middle of the night and was being followed. Beck later denied that he’d ever told her he wanted to leave CoS.

Huck,
Can you forward me more details on that affair, if you have access?
Marty

The broader story, that Duncan believed she was being followed and harrassed because she publicly said that Beck wanted to break all ties with MissCabbage’s “church” has been well documented.

Also, Connolly wrote extensively about The Pelican. I’m guessing quid pro quo with OSA on that one.

I seem to remember, too, that in the early 90s, he wrote a Scientology expose, maybe for Premiere magazine?

Yes – he informed on Premiere when they did a report on the early 90s. Take a look at his treatment of Bert Fields in the Pellicano stories. Fields was absolutely in bed with Pellicano. My guess is you’ll find the connection downplayed in the stories.

Fields is a survivor but the links to The Pelican almost cost him his career.

I have a question for you: if Connolly has been on CoS covert lines since the early 90s, who cultivated him if neither you nor Rinder knew about him?

Marty Rathbun never answered this question on his blog, and neither did Mike Rinder.

It is a string that is waiting to be pulled, and there are more than a few Sherman Tanks waiting to come out.

Ever since the revelation that the FBI is now investigating the criminal abuse perpetrated by the Church of Scientology, the landscape of Scientology Whistle-blowing has completely changed. I have come to realize that I, and many critics who have been around as long as I have and longer, are like Cold Warriors, fighting a fight that no longer really exists. We can now turn our attentions to our own lives and self-interests, knowing that the Truth Will Out with the power of subpoena, the forensic accounting, and the witness protection that the US FBI can deliver.

So I’m pretty much done with Keeping Scientology Exposed. The sacrifices and the efforts of countless whistle-blowers have paid off. I have a strong faith that justice will be done for all those who have been awaiting it when it comes to Scientology’s criminal past.

But if Scientology has any hope of a respectable, crime-free future, where it can actually be accepted into society and into the Family of Man, Marty and Mike and many others who were involved need to come clean to those Scientologists who put so much faith in them, and they need to tell the world ALL that they know.

I believe that only then can Scientologists hope to have a clean break with the past, co-exist in a present society that can trust them, and have a future that they can fully be proud of. 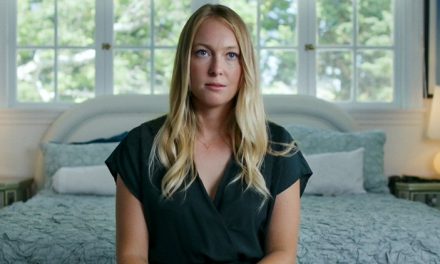 My Message to India Oxenberg Producer & Star of “SEDUCED”