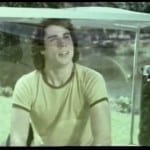 John Travolta spoke out against Alex Gibney’s documentary “Going Clear” on Scientology yesterday, as was reported in the Tampa Bay Times.

Here’s an important quote from the Tampa Bay Times article which shows how Travolta, as a Scientologist, thinks about it

I think this is some very interesting reasoning, actually:

“I haven’t experienced anything that the hearsay has (claimed), so why would I communicate something that wasn’t true for me?” Travolta said. “It wouldn’t make sense, nor would it for Tom, I imagine.”

Travolta called Going Clear a product of “people who were disgruntled with their experiences” with Scientology, while the church “has been nothing but brilliant for me.”

“I’ve been so happy with my (Scientology) experience in the last 40 years,” he said, “that I really don’t have anything to say that would shed light on (a documentary) so decidedly negative.

“I’ve been brought through storms that were insurmountable, and (Scientology has) been so beautiful for me, that I can’t even imagine attacking it.”

One turbulent time for Travolta was the 2009 death of his son, Jett, after a seizure while on holiday in the Bahamas.

“Oh, my god, I wouldn’t have made it” without the church’s assistance, Travolta said. “Honestly.”

The two-time Oscar nominee claimed to have used Scientology to aid others in crisis, another reason he won’t see Going Clear.

“I’ve helped so many people through hard times,” Travolta said. “Loss of children, loved ones, physical illnesses. Through many tough, tough life situations I’ve used the technology to support them and help them. It’s always worked.

“So, why would I even approach a negative perspective? That would be a crime to me, personally, to do that.”

For John Travolta, it is a crime to burst the Scientology Bubble that he lives in.

Hey – He played “The Boy In the Bubble”.

He knows what he is talking about for himself!

The question is, with all of Scientology’s talk about RESPONSIBILITY ACROSS THE DYNAMICS, why after so much auditing and training in Scientology, is John Travolta still so stuck on the First Dynamic? What about his friend Spanky Taylor, and her child that she had to rescue when she found her covered in fruit flies?

What about the RPF and other fully documented human rights abuses that John Travolta undoubtedly knows about?

John Travolta is more proof that Scientology does not make people more responsible, but incredibly self-centered.

John Travolta demonstrates how Scientology destroys the moral compass of those who adopt it.

17 thoughts on “John Travolta: The Boy in the Scientology Plastic Bubble”