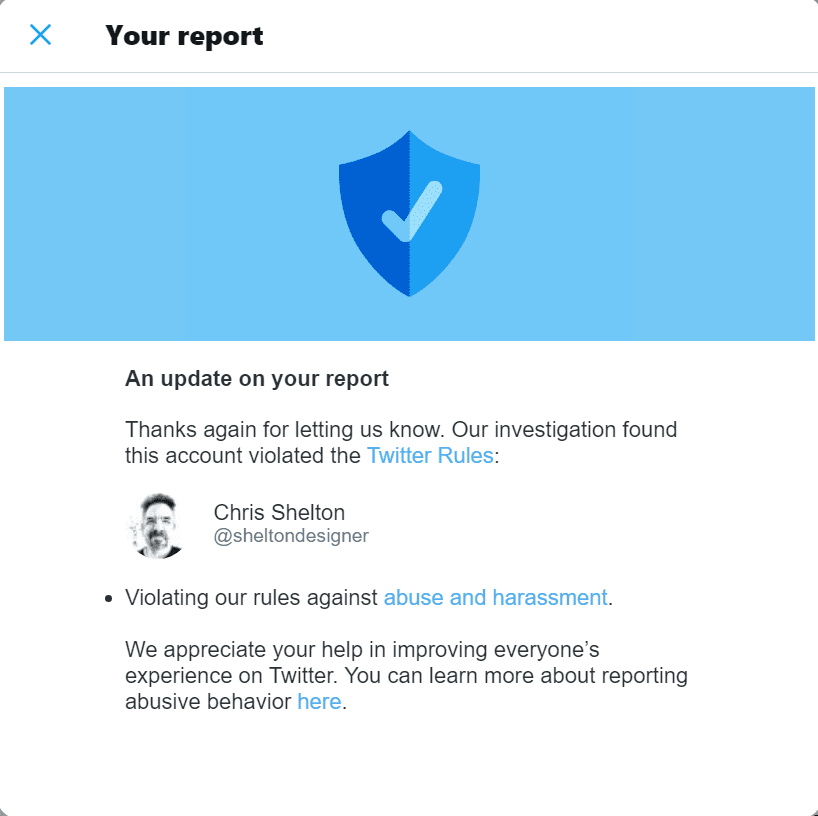 Chris Shelton, the abusive anticultist who runs a youtube channel devoted to hysterical anti cultism, was finally recognized for his apostatic hatred of low level members of his former religion – simply because they belong to the Church of Scientology.

Was he targeting those individuals in Scientology who are responsible for any abuse or criminal activity?

Did he lie to his Twitter followers about why he was suspended?

Fortunately, Twitter has rules against such targeted harassment and abuse.

And, finally, Twitter has applied those rules to a particularly cruel and hysterical Anti-Scientologist.

What Chris Shelton and Other AntiCultists Believe They Are Doing

In one of his videos “Reaction to Scientology Fraud Lawsuit”, Chris laid out what he and other anticultists are trying to accomplish:

Here are some examples of his tweets that you can see on a weekly basis in his Twitter Feed: 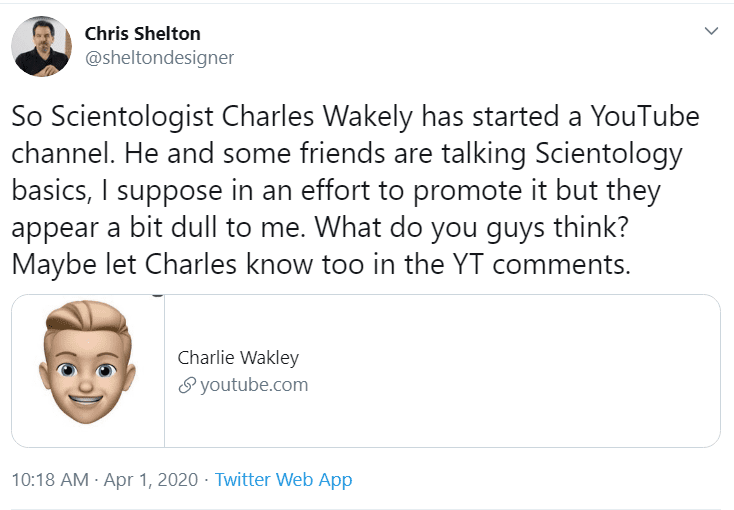 When I finally woke up from the blind tribalism in Anti-Scientology, I began to see this sickening behavior everywhere. Not only is it vicious and cruel to people who have harmed no one and never would, and who have every right to practice whatever religion they want, it’s also incredibly ineffective at targeting any real criminality and abuse.

It is the wrong target.

Go after the specific criminals at the top of Scientology, the ones who cause the criminality and abuse. Expose their specific criminal acts. Only this will lead to the criminal subpoenae, forensic accounting, and all the other REAL, EFFECTIVE ACTIONS that will accomplish what these anticultists only pretend to want: a federal investigation of the crimes of Scientology and a review of their tax exempt status.

But anti-Scientology, especially Celebrity Anti-Scientology, is now filled with colossally ineffective critics such as Chris Shelton, who are simply getting off on the vicious gang-banging they can whip up against any member of their former religion.

Why Aren’t Anti-Cultists Recognized For What They Are?

We recognize the human rights of minority races, minority genders & minority sexual orientations. We have a class of crimes called hate crimes to protect them against discrimination, harassment and violence. We rightly call out, shut down, and even prosecute those who attack these minorities with slurs & dehumanizing stereotypes.

For some reason though, few recognize the word “cult” as a slur for a minority religion. Harassing and dehumanizing “brainwashed cult members” is routine online and in real life.

As for Chris, I just want to say: Apostasy is a helluva drug, buddy. Maybe after your Twitter suspension you might come down a little and smell the coffee.

I, and I hope a growing number of others, will be watching.