In keeping with not forgetting the positive and constructive parts of Scientology in order to seek to live with the truth, I found Mimsey Borogrove’s opening post on ESMB to be highly relevant. So I am stealing it and posting it here.

A positive viewpoint – what’s it worth?

” I was reflecting on Jon Atack’s articles.

I think they are insightful. However I think he needs to examine a facet of Scientology that I think is often missed in the sea of negativity published on the subject. That is the attitude it engenders in its followers. What I am referring to is the can do meme. The attitude that one can change for the better, that one can improve his life, that one can make a difference.

I was a Scientologist since the late 60’s until I was declared a few years ago – I had worked on staff for a few years, I did the briefing course, and eventually got on to OT7. After I was declared, and still a true believer, I began to go on line and the whole mess began to unwind over the next several years, as I discovered the depth of Hubbard’s betrayal. I was stunned to find out that Narconon was no better than quackery, especially when Hubbard had the assets, the means to fund meaningful research and create a viable, workable drug rehab program. There are other similar examples of his betrayal. I was shocked by the duplicity of the man. On the other hand I was amazed to find the extent of the subject if it was in fact a con. Why would anybody go to such lengths to scam someone for a few dollars? The only reason that makes any sense is that he believed much of it himself.

If there is one positive aspect that he has created in his followers is the belief that one can be better. Let’s put aside that he attributes it to the former glorious states one had in prior lifetimes. In his policies he preaches that one can make it go right, that one is responsible for ones own condition, that the way out is the way through. That if one is failing, one needs to change his operating basis, and become more effective, that one should find out what people want, and deliver it. That through a do it now attitude, that by completing things (cycles of action) one can accomplish much, that one should intend that something be accomplished and then make that happen – to keep an eye on the goal, not the stop. There are many of these that constitute the positive attitude they engender in the person. That you can make a difference. That you should flourish and prosper.

These values I have taken away from Scientology. I paid a hellish price for them, I gave many thousands to Scientology that were misused by a corrupt organization. If Scientology is anything – it is a schizophrenic, dualistic, disingenuous organization – one that creates a positive attitude in it’s adherents so that they will (ultimately) fork over wads of cash in their desire to create a better civilization.

That is the sad part, the betrayal I have had to confront and understand, that I was a mark. That I was puffed up, love bombed, etc. to be shorn like any sheep and cast aside when I became inconvenient to them.

When you consider that many people feel they are cogs in a vast wheel, than they count for nothing, that they feel stupid, or worthless, they can’t make a difference, that their vote only empowers corrupt government officials, that they will lead meaningless lives, an attitude like the one Scientology engenders, is perhaps, the one truly positive benefit the subject has. As an example, I am reading a book on handling ADD by Dr. Amen and the negativity one has within, the negative viewpoint one has of himself is destructive to the person, and a goal to overcome, if one is to rise above the disease. He stresses one can not depend on medication alone to cure it.

So that attitude of self worth is a valuable one. And it is perhaps the one truly positive gain that one can get from Scientology. 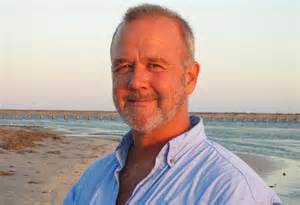 A History of Scientology Criticism: Dennis Erlich & “Scientology vs. The Internet”