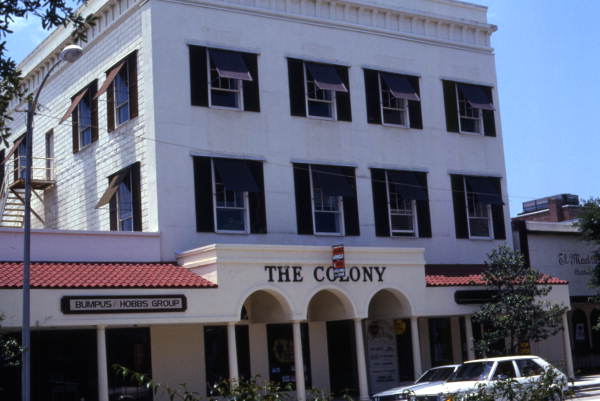 I called “Ted the Tour Guy” of Cult City Tours last weekend because I had a great idea for a stop on his tour of Scientology’s hotspots in downtown Clearwater:

It’s the apartment where Kyle Brennan died from a gunshot to the head, and where 14 pieces of evidence were wiped clean of blood and fingerprints. It was the address of Kyle Brennan’s Scientologist father, Tom Brennan, who was the personal assistant to David Miscavige’s sister, Denise Miscavige Gentile, at the time. 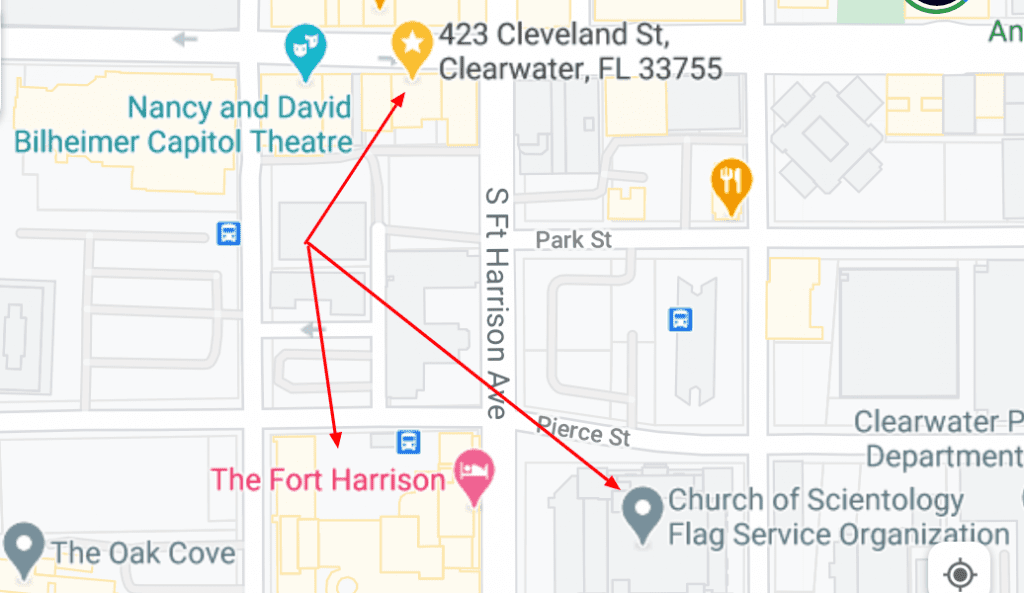 Ted the Tour Guy told me that this location was too far away. I asked him if he’d ever heard of Kyle Brennan. He said yes he had. I told him the story about this likely Scientology murder and cover up and I made the point that it is only criminal indictments that make Miscavige, and his tax exemption, vulnerable. Completely legal conduct, no matter how morally outrageous, could never be acted on by law enforcement.

Ted The Tour Guy then told me:

“Scientology can’t be prosecuted. What you can do is mock them. That’s what they can’t handle. On our last tour we counted 22 cameras on the street, and now they only have 12.”

He was very proud of this accomplishment.

Ted The Tour Guy is being promoted by Mike Rinder, Aaron Smith Levin, Marc and Claire Headley, Clearwater City Councilman Mark Bunker and others for yet another star-studded, completely impotent, and pretty juvenile stunt this weekend.

Apparently, Anti-Scientologists have become very easy to dupe since Mike Rinder ‘left’ Scientology as the head of OSA, 3 or 4 months after Kyle’s body was found, and all that evidence of his very likely murder went missing.

Mike Rinder has never mentioned Kyle Brennan on his blog, on the Scientology and the Aftermath TV Show, or on his weekly podcast with Leah Remini.

But hey – Cult City Tours are on it, part of the most effective band of critics of Scientology that have ever existed, completely supported and controlled by the guy who used to run OSA for David Miscavige for 22 years.

For more information on the death of Kyle Brennan, visit his mother Victoria Britton’s blog and listen to the PBS Interview she gave about the case.

And think about these unanswered questions on the death of Kyle Brennan: 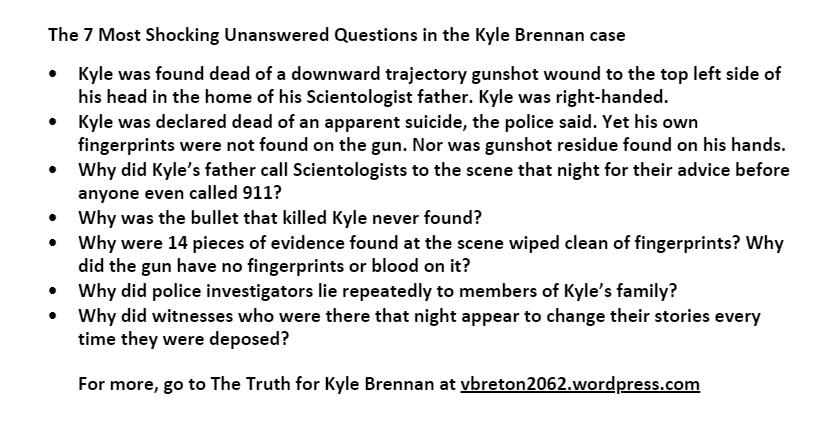