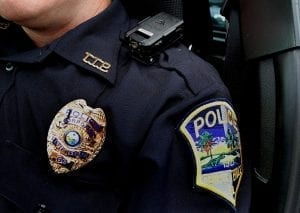 In a free society, a society which recognizes civil rights, you have a right to believe as you choose. This includes having different moral values than others in your society.

Some people believe that abortion is murder. They see pregnant women getting abortions as one of the most immoral things you could possibly do.

So the person who believes that abortion is immoral must tolerate those in their society who believe it isn’t. This is a difference of moral values – all in the same society.

In a free society, laws are those values that, once you transgress them, your behavior is not protected. If you end the life of a baby after he’s been born, you will be arrested and thrown in jail. If you physically prevent someone who is about to kill a baby, you’re considered a hero.

Anti-Scientologists who want to “end the cult” are not thinking things through. Unless Scientology is doing something illegal, they do not, nor does the government, have the power to “end” them.

You actually do not want to live in a society where the government, or even you, have the power to take away someone else’s religion.

Multiple decades of harping on how immoral Scientologists are, while never producing any crimes they have committed, has ensured that David Miscavige is still in power, still doing whatever he wants to Scientologists.

Highlighting behavior which you believe is immoral is mostly impotent if you wish to “end the cult”.

Only highlighting illegal behavior will ever get the government involved to “end the cult”.

Only promoting beliefs and behavior which YOU BELIEVE is immoral will ensure its survival.

If Scientology isn’t breaking any laws, then you do not have the right to “end the cult”. And I think once you think this through, even you would agree that unless they were doing something illegal, no one should have the power to “end them”.

I’ve watched people yelling to “end the cult” for two decades now. And in all that effort, I have not seen one arrest, or even any charge filed against Scientology in the US. And I’ve seen very few charges filed, with mostly failed prosecutions, around the world.

This impotence is caused by people not keeping in mind the distinction between behavior that is immoral, rather than illegal.

This bright line distinction informs all kinds of things, once you think about it. While going on and on about how immoral Scientology is may horrify some people who share your same moral values, it will never get you a federal investigation.

Think about that. And decide whether you are being emotionally manipulated by someone saying they want a federal investigation while never producing any crime Scientology has committed of any kind.