I’ve re-joined the fray on Twitter over the last couple of weeks.

Tony Ortega is on Twitter answering questions to people about Scientology in his extremely biased way. I mean really, even Tony Ortega has to admit that he has a bias, and he writes with a bias on Scientology everyday on his blog. No one really thinks that Tony Ortega is unbiased and objective and tells all sides of the truth in his reporting on Scientology, do they? 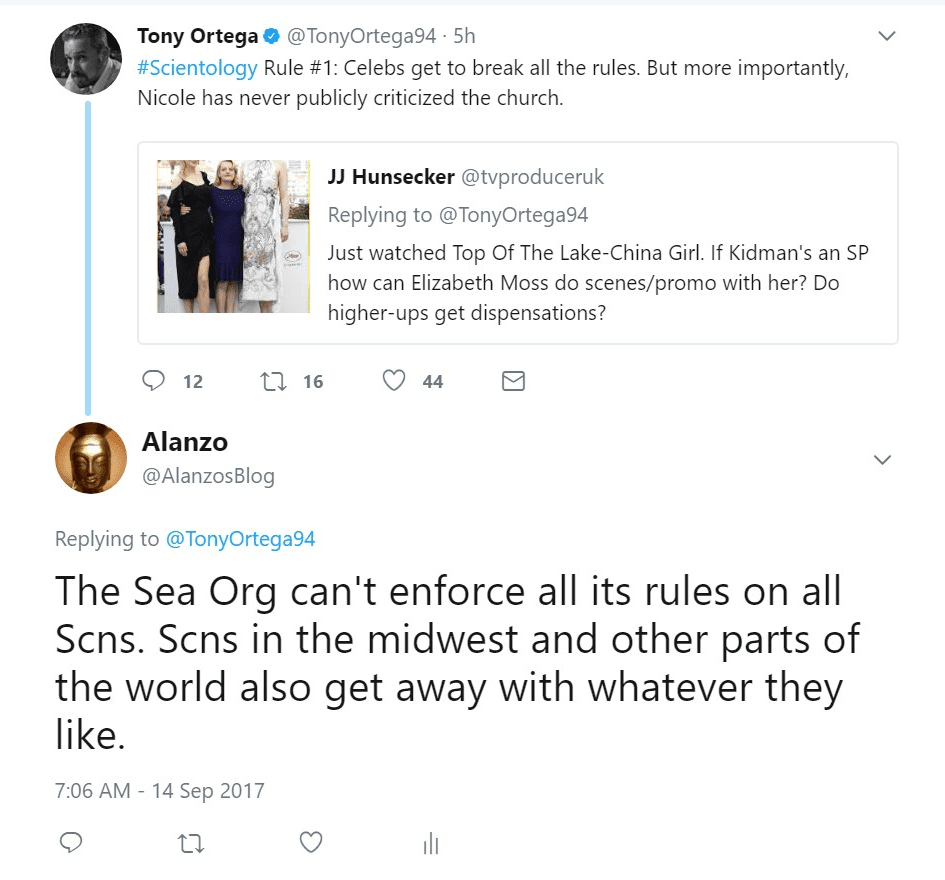 Here I was just telling Tony what it was like inside Scientology for the vast majority of Scientologists – NON Sea Org members. I figured since he was never in Scientology at all, he might appreciate someone letting him know what it is really like to be a normal, everyday Scientologist.

If you look at his response to me below – I’m “Troll” in Tony Ortega’s tweet – you see that Tony doesn’t really duplicate or understand what I tweeted him, nor does he seem to care. 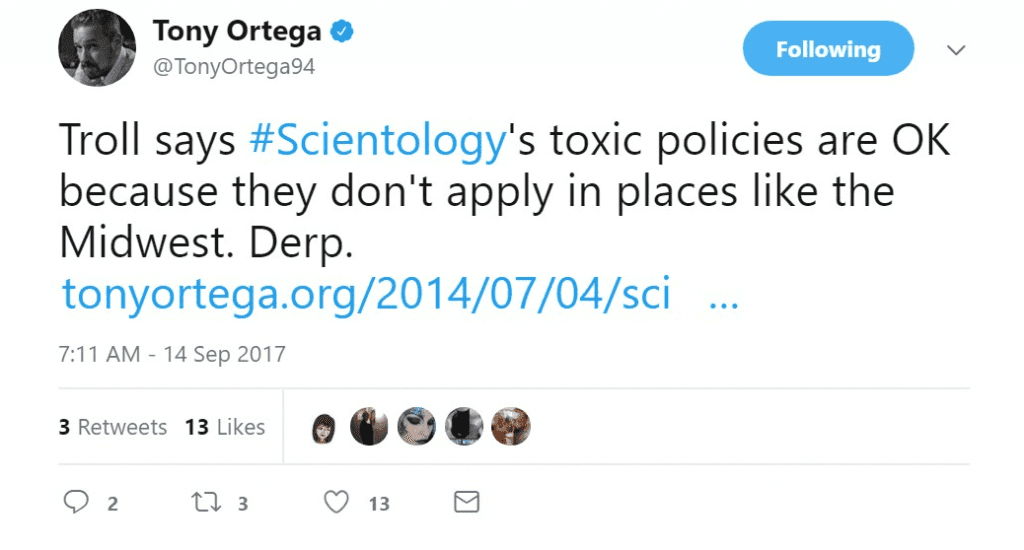 Here you can see that Tony completely twisted what I said. I never said anything about how toxic policies were OK, or how they did not apply in the Midwest. I said that the fanatics in the Sea Org have trouble enforcing any policies on Scientologists there, and elsewhere in the world where there is no Sea Org installation, and thus they have less reach.

So I tweeted him back: 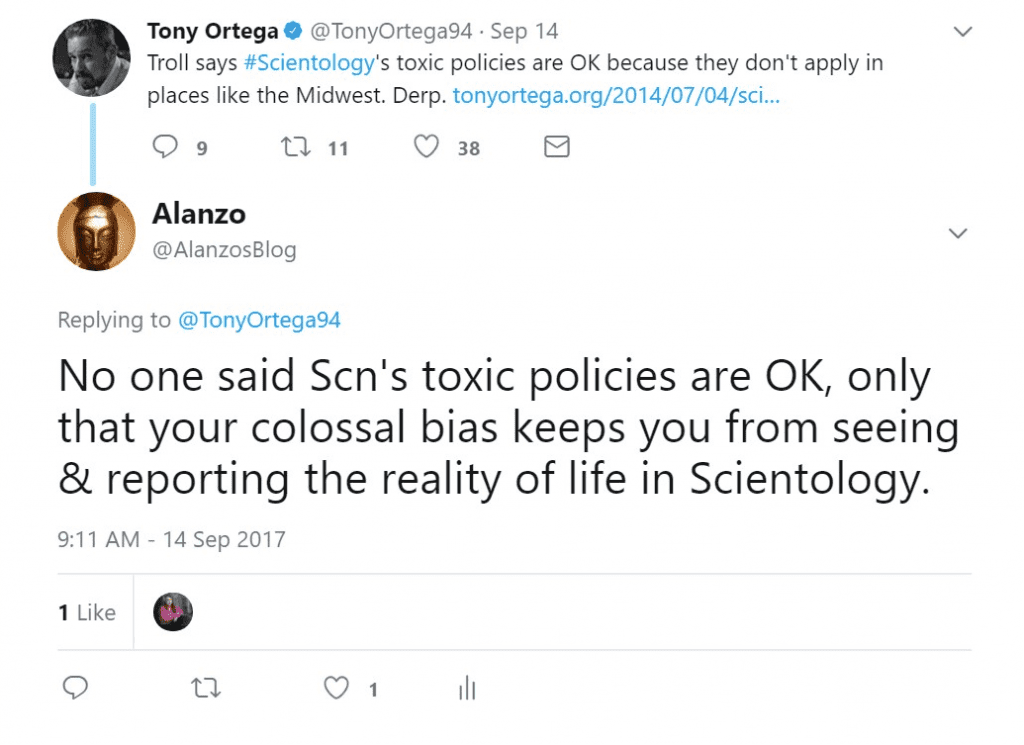 When I said that Tony Ortega had a colossal bias on Scientology and this made him unable to see and report on real life inside Scientology, given the above, was that really an unreasonable statement?

Am I all wrong here? Is my point to Tony valid?

Here’s another one from just this morning. Get the way he answers the question he’s asked. 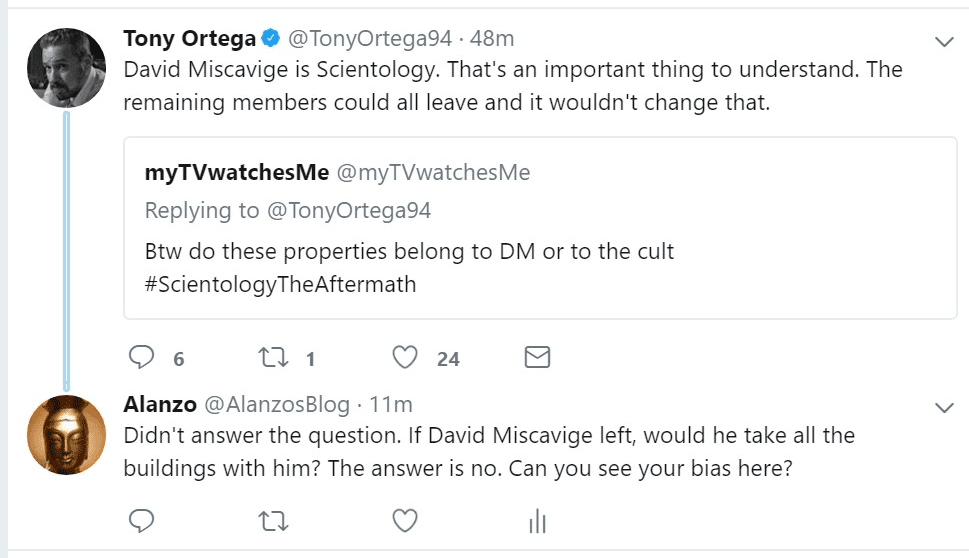 Is this a guy who is trying to provide the objective truth about Scientology?

Why are so many people putting up with this without questioning him? 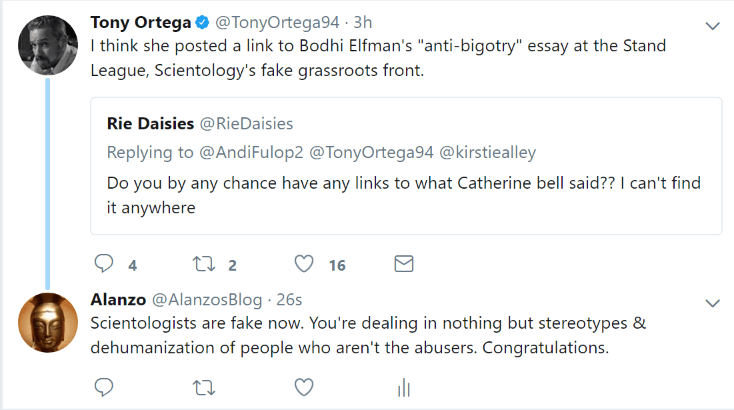 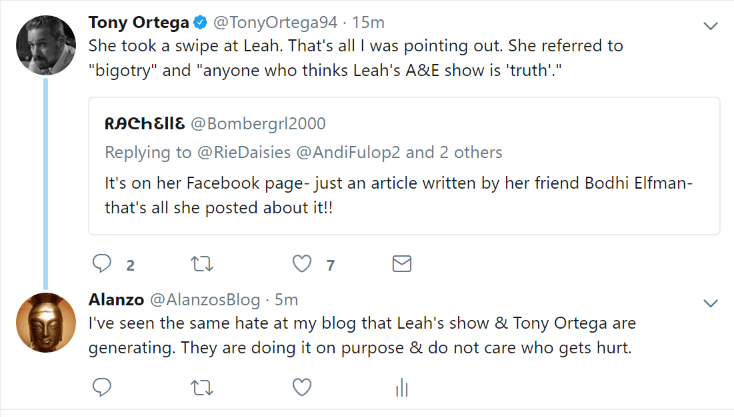 22 thoughts on “Tweeting With Tony Ortega”