This is What Scientologists Actually Believe

Yes, those scientologists rich enough to make it to OT 3 (a group which comprises less than 10% of anyone who ever got themselves involved in Scientology) believe in Xenu – the evil galactic overlord.

And then there are those Scientologists who work with David Miscavige in the Sea Org at Int Base, who are basically trained intelligence officers, whether they are aware of it or not. All the intelligence technology – which makes up the real secret inner core of Scientology – is believed very strongly there. This comprises way less than 1% of Scientologists.

It’s best expressed in this lecture on Christian Gnosticism, by Yale professor Dale Martin as part of the Yale Courses Channel on Youtube. It’s called The Gospel of Thomas.

This gnostic context explains Hubbard’s whole cosmology: why the body is considered ‘aberrative’ in Scientology, and why Hubbard taught that MEST (Matter Energy Space & Time) was the dead end for “Thetans”. It also explains why the ‘path to salvation’ in Scientology is auditing and training.

No comment is made here about whether Scientology actually leads anyone to any kind of salvation. For myself, after 16 years, I found conclusively that it did not, and left to expose their criminal executives on the internet 20 years ago, and have been doing so ever since.

But – this gnostic view of Scientology is ALSO true.

No matter the as yet unprosecuted criminality of its executives, Scientology is rightly categorized as a gnostic religion which created a highly developed form of psychotherapy to achieve the same goals as laid out in this lecture by Professor Martin. Whether Hubbard ended up with these goals in mind, and whether David Miscavige, Marty Rathbun and Mike Rinder ever understood any of this is beside the point I’m making here.

I think it’s clear that, for them, it was only a way of becoming fabulously wealthy.

That’s not the case for almost all Scientologists. 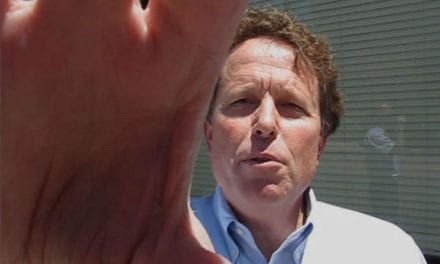 Is Leah Remini another Dupe of Mike Rinder?

God brainwashes those who brainwash themselves.
View on Twitter
0
4
Alanzo @AlanzosBlog

Author Stephen Uzzell @StephenUzzell2
#OTD 1943, Himmler ordered all Jews remaining in ghettos in the Ostland area to be sent to concentration camps or 'evacuated to the East'. This marked an escalation of genocidal policy against the Jews following the Wannsee Conference. https://t.co/WNGaU38V57
0
1
Follow @AlanzosBlog