The sweet, caring eyes of Janet Weiland, long time OSA operative for the Church of Scientology

In response to seeing Janet Weiland’s name and face again on ESMB after an excellent write up from Fred G. Haseney, detailing how Janet Weiland is trying to get him evicted from his home in LA for criticizing the Church of Scientology, the poster who goes by the name “Sheila” wrote this about her experiences with Janet:

“She was on the RPF with me in 1985, so must have been posted there in 1986. Was my twin for a few months. She’s quite a bit older than me, was on Mission Into Time. That smaller picture is not only badly shooped (that’s not her eye color, she has greenish or hazel eyes), but it’s about 40 years old. Janet would be in her 60s now and she looked far older than that with plenty of wrinkles by 1985. OSA Babes? Rily?

‘So many last names on her folders, too. By 1985, she was on her 3rd or 4th marriage. I don’t remember her having any children, either. She was on MIT and told me it was just a treasure hunt. Remember that, Janet? Remember the ‘rock party’ you told me about, firsthand? Remember how you told me how you didn’t personally like L Ron and how he made a fool of himself when he dressed himself all up in his self-awarded medals and strutted out on the deck like a peacock and the locals laughed and threw rocks and he ran out of there and yelled out an order to leave because the place was full of SPs?’

‘Remember how you told me in confidence that you felt terrified of Hubbard? Could that have been your own spiritual reaction to his incredible evil?’

‘I was trapped on the RPF and just wanted to leave and raise my family and how evil was that, Janet, how evil is scientology, that instead of letting me go, when every day I was separated from my 5-year old son I was completely torn up inside and miserable, you and that lousy C/S and evil Hubbard instead had a ‘process to run on me’ to ‘handle’ my love and concern for my son and try to break my will to leave and live my own life and raise my son properly instead of in that abusive Cadet Org and Sea Org?’

‘I know you’ve never seen or experienced anything like that before in scn and probably never again so I know – absolutely – that you remember that session. Black scientology. that RPF, that Int Rundown, the reaction you saw (and felt) was the pure evil of the process itself breaking a mother’s heart. Pure mental torture designed to break others’ will. You feared it at the time, remember? ‘

‘Be afraid, be very afraid. You are in the devil’s lair and working as its instrument.’

‘Oh I know you remember, Janet Weiland. You’ve done enough harm. Leave us alone. Leave scientology and maybe, just maybe some of your original spirit and compassion might recover some day.’ 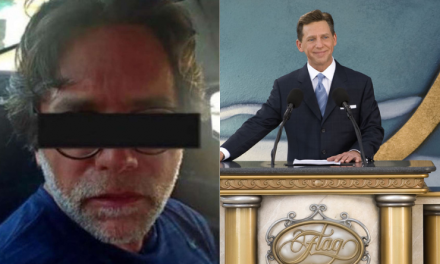 Contrast What the Feds Did to NXIVM vs Scientology 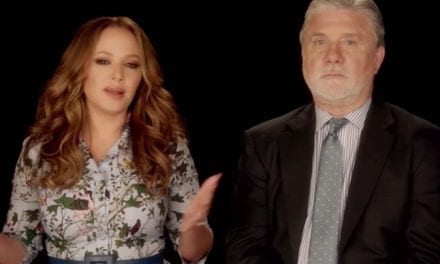 Why Has Mike Rinder Never Revealed a Crime?