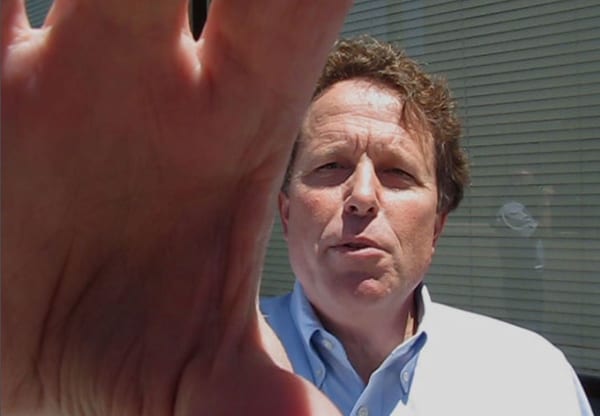 After almost 40 years of fairgaming Gerry Armstrong, Scientology’s truculent mouthpiece, Kendrick Moxon, filed a 133 page application to California law enforcement for the arrest of Gerry Armstrong based on two anonymous comments on WhyWeProtest.com, forcing Armstrong to hire a lawyer to defend himself from Scientology – once again.

Marty Rathbun and Mike Rinder both profess to be out of Scientology. They have championed themselves as heroes, saving the victims of the Scientology fair game that they themselves waged against Scientology’s critics and squirrels for decades.

But neither Rinder nor Rathbun has ever lifted a finger to help the most fairgamed person in Scientology history – Gerry Armstrong.

They have remained completely silent on what they did to Armstrong, and to this day, have never revealed anything that would relieve him from the fairgame hell Scientology still holds over his head and still exacts upon his life.

How can anyone say that Mike Rinder is a “hero” while he does nothing to help Armstrong, the most fair-gamed person in Scientology history?

You will never hear about Armstrong on Scientology and the Aftermath, nor even on Mike Rinder’s Leah Remini Scientology Fair Game Podcast.

Please go to the links above, read the pages Gerry has been forced to put up to defend himself, once again, and support him any way you can.