I have to say that Tony Ortega hit it out of the park this morning. Not only did he publish evidence of probable criminal activity and cover up by members of the Church of Scientology in the Danny Masterson rape case but he also produced Dani Lemberger, who said:

Not much I can say about Marty. I was surprised by the Church’s attorney presenting the email from Marty but I don’t see it had much impact. It gave them satisfaction that they had something on me. I laughed at the very bizarre twist.

The next day I wrote Marty an email, see below. He didn’t respond. He did answer you when you asked him about it.

Marty and Tami and I spent a week together at their home in June 2012. That got us declared. I stayed in comm with Marty the next year or so, until mid-2013. He became weird and “anti-Indie Scientology,” so the correspondence ended.

There was never a real upset between us, he has no reason to want to hurt me. Only if he is now working with David Miscavige and being paid by Miscavige would he give any info to a lawyer in Israel he doesn’t know.

That’s all I know about this. Regards, Dani 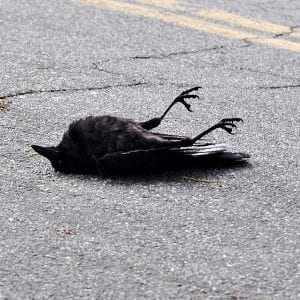 I think that very few members of the anti-Scientology tribe will believe me, but I’ll gladly eat this. In fact, the only person who could stop me from eating this is Marty Rathbun – but he told me on Thursday that he “doesn’t give a damn any more”, and that’s the last I’ve heard of him.

Maybe he’ll email me right before I take my first bite with whatever explanation he has about all this. The Church of Scientology has just successfully dead-agented him, and all he has to say for himself is that he does not give a damn any more.

He obviously doesn’t give a damn about any of the people who trusted him, either. Or he’d get his head out of his selfish, narcissistic asshole and give the victims of Scientology the information they need, and have always needed from him.

This goes for Mike Rinder, too.

Marty stated in an affidavit a few years ago that during the whole time you were the head of OSA you ran – on Miscavige’s orders – every operation against every critic.

That means you lied to me on your blog.

“Between 1982 and 2004, it was my job to act as a go-between for Miscavige and OSA. The manner in which we shielded Miscavige was elaborate. Much of Miscavige’s control of OSA was done “off the record.” Every evening I would receive an intelligence briefing in writing from OSA. The briefing was usually several pages summarizing reports from private investigators and Scientologists serving as undercover spies watching and interacting with Scientology critics. The written briefing, contrary to established corporate policy, had no routing information on it. That is, the daily briefing had no indication who wrote the report or who it was directed to. If a report ever got out of the Church, it could not, on its face, be used to incriminate any of its author or recipients.

19. “After I read the report each day, I was instructed by Miscavige to put it into a fresh envelope with no routing information on it. I then personally carried the envelope into Miscavige’s office and set it on his desk. I was the only person in Scientology, aside from his wife and secretary, ever authorized such access to his desk. When Mr. Miscavige read the reports, he would enter my office with the report in hand. He would say ‘beat it’ to my secretary or anyone else who happened to be in my office. Once any visitors had left, Mr. Miscavige would discuss the contents of the report. Often, he would instruct me to order OSA to direct an operative or private investigator to find out something to do concerning the target of infiltration or investigation. On other occasions, Mr. Miscavige would joke about what was reported about a particular target, or rant about the target’s activity. When Miscavige was done discussing the daily OSA briefing with me, he would throw the report on my desk. That was my cue to pick it up and shred it after he left the office and before anyone was permitted to return to my office.

20. “For 22 years, my schedule was to wake up at least an hour before David Miscavige’s scheduled wake up time so that I could collect all important information on any matter of concern to him being handled by the OSA network. Every morning, I was required to brief Miscavige verbally on any major developments on matters handled by the OSA network around the world or matters concerning security. My briefing to him would begin with major problems which he insisted he know about. My briefing included reports about handling the media stories, investigations, legal cases, security breaches, and potential security situations. That briefing would last anywhere from a few minutes on a quiet day with no major developments, to all day when something was afoot that riveted Miscavige’s attention. Miscavige would issue orders to OSA that I had to accurately note on paper.

21. “After the conference with Miscavige, there were a number of options available for issuing his orders, depending on their scope and the level of security required. Most often, I would call Mike Rinder, into my office and I would brief him verbally on Miscavige’s directives. Mr. Rinder would then return to his own office and type up the orders as written directives to OSA. Those directives would be worded as if the orders were originated by him, with no reference to me or RTC, and especially not to Mr. Miscavige. On many occasions, Mr. Miscavige would require Mr. Rinder’s presence during briefings in which he wanted more detail than usual, or wanted to issue more detailed orders than usual. In such cases, it would be my responsibility to follow up to verify that Mr. Rinder relayed Mr. Miscavige’s orders to OSA as Rinder’s own orders.

22. “Mr. Rinder and I were ordered by Mr. Miscavige to keep secret virtually all of our communications, and to specifically keep them secret from any other managers or staff with CSI and RTC. All other CSI managers had little to no knowledge of any matters affecting Scientology from the world outside of the Church. Except for OSA staff, Sea Org members have little contact with the media or the world outside of their corporate duties.

Tell critics what was done to them, Mike.

Every single one of them.