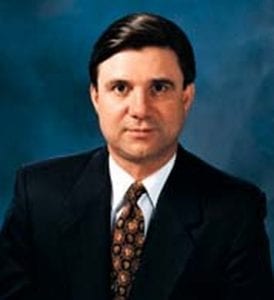 Scientology and the Aftermath is a great show that has exposed a lot of outrageous behavior on the part of the Church of Scientology. That show has been invaluable in helping many Ex Scientologists tell their stories of abuse.

But if you’ve been a critic of Scientology for as long as I have, you would see that some things do not add up – and have never added up – about Scientology’s criminality and abuse. You would see that the guy who has been at the center of all that has been Mike Rinder.

Mike Rinder ran the Office of Special Affairs for David Miscavige and reported compliance with his orders to fair game critics, to intimidate the media, to cover up sexual abuse, and to create and enforce draconian contracts on Scientologists, all in order suppress knowledge of nefarious acts by Scientology to “protect it” from “bad PR”.

All that dirty work fell to the Office of Special Affairs – and to Mike Rinder as its Commanding Officer – to “handle”.

Yet in the 11 years that Mike Rinder has been out of Scientology, not one prosecutable crime has been exposed by him. In fact, not one criminal charge has been brought against the Church of Scientology in the US since the late 1970’s.

Mike Rinder has been at the top of the Church of Scientology for that entire time. In fact, one of his primary jobs was to assist in the L Ron Hubbard “ALL CLEAR UNIT”, run by David Miscavige, to shield L Ron Hubbard from criminal prosecution after his wife went to prison. So Mike has been at the center of any criminal activity that the Church of Scientology might have engaged in for many many decades.

Mike Rinder has talked about a lot of morally outrageous acts by Scientology and done a good job of exposing those. But what about any criminal matters that would really jeopardize David Miscavige and the Church of Scientology and pierce their First Amendment protections?

Are those crimes simply non-existent?

Or are they still being covered up?

If they do exist, is he just afraid of implicating himself?

Is law enforcement too corrupt or too afraid to take on the Church of Scientology?

Or is Mike Rinder simply too selfish and irresponsible to actually tell ALL about what he knows?

The Twitter hashtag #AskMikeRinder contains all the questions that still remain unanswered about any criminal activity that the Office of Special Affairs might have known about, or might have been involved in, while Mike Rinder ran it for David Miscavige and the Church of Scientology.

If you’ve ever had a question, or something didn’t quite add up in one of the episodes you watched of Scientology and the Aftermath, you can use that hashtag to ask.

If you have knowledge of any criminal activity that you believe the Office of Special Affairs of the Church of Scientology knew about and covered up, or executed directly, here’s the place on Twitter to ask it to help expose it – after reporting it to law enforcement, of course.

Pro tip on that: Do NOT ask for Mike Rinder’s guidance – or anyone who has ever been involved in Scientology – go directly to law enforcement yourself.

Here are some example questions that have been asked so far on the #AskMikeRinder hashtag:

You get the idea.

So be watching as more #AskMikeRinder questions gather.

Just go to Twitter.com and in the search bar type in the hashtag #AskMikeRinder! 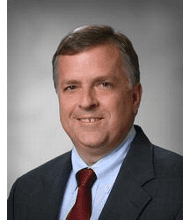 I’m continually amazed at how the fans and followers of Mike and Leah Remini’s Scientology and the Aftermath show, are unable to even consider (when presented with facts) that Rinder could be running the same OSA PR style con that he did for 22 years.

My nagging question is, WHY?

WHY does Mike Rinder continue to lie, mislead and cover-up? Is it simply for the money from the show? And /or does he get a kick out of fooling people?

Alanzo ·
@AlanzosBlog
Best definition of a "Cult" by an actual cult expert, Dr. Eileen Barker of the London School of Economics and @InformReligion

What is a cult?
https://t.co/NIPGsw5eMI
View on Twitter
0
1
Alanzo ·
@AlanzosBlog
"After five days of deprogramming, I “woke up” and emerged from being a “model Moonie” and leader to a very upset, confused, angry, ashamed self."

After 5 days of forced deprogramming, @CultExpert wants you to be ashamed of yourself, too.

https://t.co/2doo1dpt6j
View on Twitter
0
0
Alanzo ·
@AlanzosBlog
What mainstream society does to minorities - if they are allowed to.

Be vigilant and protect the rights of minorities to maintain a free society.

He'll never miss an opportunity to ratchet up the threat you feel from #Scientology & Scientologists who never harmed anyone & never would. https://t.co/FXeqtdMe4L
View on Twitter
Tony Ortega@TonyOrtega94
One of the more common questions we get from people learning about #Scientology is the phrase you often hear from the church about "clearing the planet." What does that mean? Is it as ominous as it sounds?

Oh yes. It very much is.
0
0
Alanzo ·
@AlanzosBlog
What are the #ThoughtTerminatingCliches of #AntiCultism? https://t.co/P514Q2N9IK
View on Twitter
Sarah and Nippy @alittlebitculty
What are some of the common Thought Terminating Cliches that you’ve heard over the years?