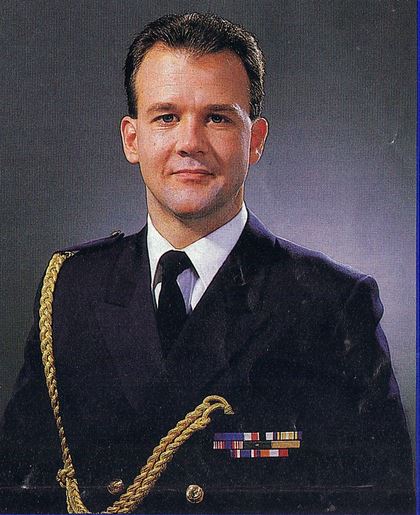 “There was another insurrection happening that directly exposed the activities of David Miscavige, L Ron Hubbard, and Author Services Inc. This insurrection was being spearheaded by none other than John Zegel, the stepfather of Mark Yager, Commanding Officer of L Ron’s International Messenger
Organization.

‘John Zegel had commiserated with ex-staff members that were part of the large group of Scientology executives who were excommunicated and kicked out of the church. At least four people from that group had been personal aides for L Ron and did everything for him including feeding, bathing him and caring for him during times when he was sick. Some of these people had cared for L Ron for many years and knew many things about him the general public did not know. John Zegel zeroed in on these people and debriefed them thoroughly about L Ron Hubbard and his personal business.

‘John Zegel started a taped lecture series exposing intimate details he had learned about L Ron Hubbard, his wife Mary Sue Hubbard, and the takeover of the Guardian’s Office by David Miscavige. He also divulged detailed information that exposed exactly how the Religious Technology Center was
incorporated and why. These taped lectures also included the details of how Author Services was incorporated, who it was staffed by and the exact amount of money they were extracting from Scientology organizations for L Ron’s bank accounts on a weekly basis. The amount was in excess of a million dollars per week!

‘I had failed to handle John Zegel, and David Miscavige told me not to worry about it because John Zegel would now receive special handling.

“David had a special staff member as part of his entourage that did nothing but handle lawsuits and intelligence activities in the exact same manner as the previous Guardian’s Office under Mary Sue Hubbard. Vicki and I were rank amateurs compared to the work these people were capable of.

“That person was known as Special Project L, and his name was Mark Rathbun but everyone called him Marty.

“When things got real bad and real ugly with our legal and intelligence endeavors, Special Project L would get involved. Marty was the interface with our hired guns like ex-police officers, ex-agents of various agencies and such.

“Over the years, Marty had developed a very good working relationship with certain individuals in the Los Angeles and Riverside County police departments. He primarily worked with people that had previously been employed in law enforcement. The primary value these hired guns had were their current connections with those still hired in the system.

“Marty was like a secret weapon that functioned as a Terminator at the behest of David Miscavige exclusively. Any and everything associated with John Zegel was turned over to Marty to take care of.

“I was never asked to deal with John Zegel again.

“As if to add insult to injury, David Miscavige’s mother-in-law, Flo Barnett, had resigned from Scientology. We learned from Bob Mithoff that Flo also possessed a copy of our confidential upper-level materials.

“Now David Miscavige also had a proven connection to an external influence hostile to Scientology just like Marc Yager. Technically, he was a Potential Trouble Source.

“David was extremely upset over the situation. If L Ron had known of this at the time, there would be no David Miscavige to talk about. His career would have been over because when L Ron got on to anyone or anything he thought was an external influence he wouldn’t stop until all connections to the external influence were removed and completely gotten rid of.

“The situation posed a direct threat to David, and he went into action. He told Vicki and me not to get involved with the situation with his mother-in-law Flo Barnett. He said she would
be handled by Special Project L.”

See Also: “Shelly Miscavige on the Murder of Her Mother, Flo Barnett“