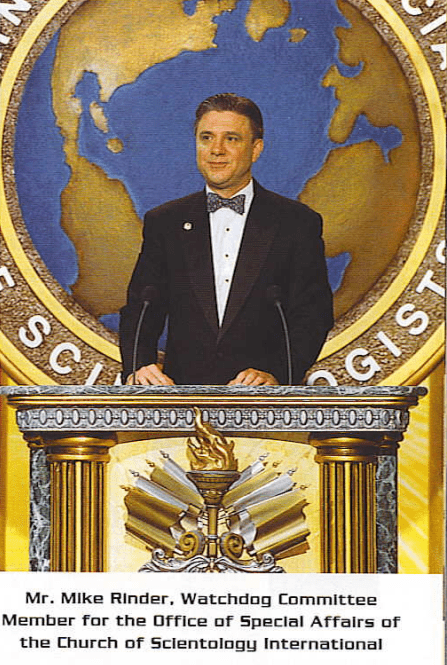 Rest assured, every one of the “experts” scientology touts is paid. Massimo Introvigne of CESNUR., Gordon Melton, Brian Wilson and many, many others. I know, I did the original program to find “religious experts” who would write “expertises” on the subject of scientology. Every single one of them was paid for their “work,” though that fact was not made public.’

“Scientology’s experts are all wonderful people with college degrees who wear suits and write scholarly books — but they take scientology’s side in any argument. Because they are paid by scientology.”

In 11 years of watching him, I’ve never seen Mike Rinder admit this before.

It opens up a whole bunch of questions which Mike Rinder will never answer. Why? Because keeping those questions unanswered maintains his much-needed anti-science slur of all of social science and academic research on religion.

Like many anti-vaxers we see on social media who cite one scientist who was paid by a pharmaceutical company who sells vaccines, Rinder here is naming 3 guys who he says he paid for their “work”.

And just like anti-vaxers who use their one example to slur ALL SCIENTISTS, Rinder here is using these three people to slur every social scientist or religious expert who writes something about minority religions that might question his [present] anticultist narrative about Scientology.

So these questions need to be asked:

In one case, you say because it was only airfare and hotels, those Exes on your show were not paid.

But in the case of religious scholars who wrote something you agreed with (at the time) about Scientology, you now say they were paid?

How are the rest of us supposed to believe this double standard for your definition of who is paid and who is not paid, and how this determines the truth of what they say?

And so, which social scientists were paid by you, exactly?

Was Eileen Barker paid by the Church of Scientology, Mike?

Was James Richardson, Lewis Coser, Rebecca Moore, Hugh Urban, David Bromley, Stuart Wright, Dick Anthony and dozens of other scholars and experts who wrote things that you now don’t like paid by you too back in the day?

What did you pay them for, exactly, Mike?

Mike Rinder didn’t like debate and disagreement when he was the psychopathic head of OSA for 22 years for David Miscavige, and it’s no surprise that he doesn’t like it now. Then, as now, he used glittering generalizations to insult and discredit whole classes of social scientists and suggest “they’re all paid” if what they wrote about disagreed with what he wanted written about.

Back when he was head of OSA, anyone who disagreed with Scientology was being paid by Big Pharma – remember?

Now – if they wrote something he doesn’t want to you think about – they’re all being paid by Scientology.

See this problem with Mike Rinder?

Scratch the surface just a little bit, and you can see the career-long lying and manipulation he has engaged in.