Back in the day, there was an old guard critic named Joe Lynn who got very very angry when Marty Rathbun and Mike Rinder got out of the Church and became Independent Scientologists. Marty and Mike were ranting and raving about how bad David Miscavige was, while also saying that going to the FBI about anything in Scientology was a waste of time. Mike and Marty said they’d already been to the FBI and the FBI was not interested in Scientology.

Then Mike and Marty told people that when they were running the dirty tricks operations from OSA and RTC (respectively) that they had been very careful not to commit any felonies. And, of course, they had no felonies to confess to anyone, either.

This made Joe Lynn bust a neck vein. He was positive that Marty and Mike were part of a “controlled opposition” false flag operation, which was not an unprecedented dirty trick for either Marty or Mike. Joe Lynn believed that the two of them had been sent out to distract critics and law enforcement from the real crimes that Scientology had committed.

Over the years, Marty and Mike have moved away from all forms of Scientology and they have been very effective at exposing the cultic abuses in Scientology – if not the crimes. They have shown clearly that David Miscavige was not the only thing wrong with the subject. But in all these years, I am aware of no evidence of felony-level criminal activity committed by the Church of Scientology that has emerged from anyone.

We critics used to think that there were murders, and rapes, and felony-level fraud, and kidnapping and false imprisonment, and human trafficking. This list of crimes going through most critics’ heads fueled massive outrage and weapons-grade finger typing to bring the whole “criminal organization” of Scientology crashing down.

And we believed that fully exposing the evidence for these crimes would finally produce the Holy Grail of all Scientology Activism: The David Miscavige Perp Walk.

Over the years, you would think that at least some evidence of at least a few criminal acts would have emerged, right?

After all these years of “exposure”, what we do have real evidence for is enforced Scientology disconnection. In Scientology, it officially remains a “high crime” to be in communication with anyone deemed to be an SP by the Church of Scientology. And this has ruined many careers, and broken up dozens of families.

But, as with just about every form of Scientology cultic abuse, disconnection is legal.

As part of their militant tribal moralizing, I have seen Scientology critics demand that every Scientology family stay connected to each other, whether they want to or not. I have seen the hypocrisy and the self-righteousness for intrusion into other peoples’ lives reach moon-shot status just because, after all this time and energy and protesting and exposure – Scientology Disconnection is the only “smoking gun”; the only “crime” that remains visible after all the activist outrage dissipates from your brain.

The main thing wrong with Scientology is that you might end up disconnecting from someone in your family?

After all this time, is that all we’ve got?

Alanzo tries to use critical thinking on the war between Cults and AntiCults.

"The problem is that scholars like myself who study new religious movements ...have concluded that such groups often share very little in common besides being new, small, or otherwise socially stigmatized."

If you've ever believed in the ideals of the "Scientific Method", a process unstained by human politics or tribalism, this is a gobsmacking interview to skip & scrub through.

But if you were never fooled by that, this interview is hilarious.

Almost a satire of the human comedy. https://t.co/G26lE6jwJd
View on Twitter
0
0
Alanzo @AlanzosBlog

Of course he's an idiot for being an #atheist, but he somehow managed to keep it in his pants long enough to give this talk - which is pretty brilliant.

America is a nation of immigrants.

There should be nothing to resist about that.

Sadly, because humans are so tribal, there is. https://t.co/otB9y2jUIj
View on Twitter 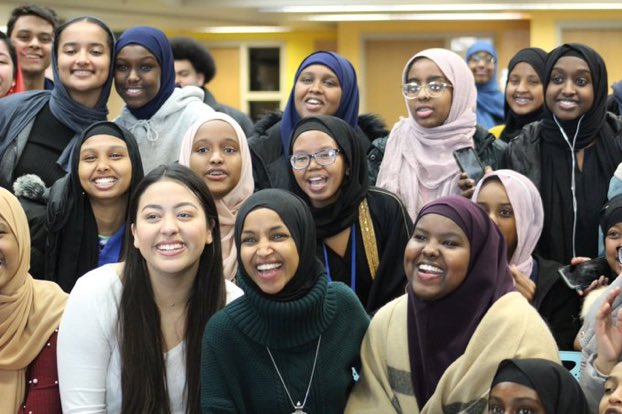 Ilhan Omar @IlhanMN
Their smiles serve as a daily reminder of why my presence in Congress is the resistance.

May we all continue to see ourselves in the halls of power and be reminder that We The People are powerful!

Thank you Columbia Heights for giving me the honor of representing you. https://t.co/zz2JNdZyn1
0
0
Follow @AlanzosBlog

AlanzosBlog shared a post.
This is a miracle for us all to see - a loving and inspired vision into humanity itself.

Ed Bassmaster
What a creative, heartwarming project!
View on Facebook

AlanzosBlog
A devastating take-down of the #brainwashing model" of minority religious and political membership by a leading social scientist.

This article is written in the backdrop of recent political exploitations to sell books such as Stephen Hassan's book "The Cult of Trump".

It clearly reveals how Ex members of #minorityreligions have been hoodwinked by #anticultists to believe they were 'brainwashed' for making their personal life decisions.

Use #socialscience to understand your past involvement in a minority religion - not #anticultmovement ideologues.

The Cult of Trump? What "Cult Rhetoric" Actually Reveals | Religion & Politics
PSA: President Trump is not brainwashing his followers.
religionandpolitics.org
1 1    View on Facebook

AlanzosBlog
Excellent article by Gerry Armstrong on the propeller-headed control freaks who worked for David Miscavige at the Office of Special Affairs, and who now engage in character assassination of #Scientology's critics.

The brainwashing myth
Forty years ago, Rebecca Moore's two sisters helped plan the Jonestown massacre. But she refuses to say they were brainwashed, arguing that it prevents us from truly understanding their behavior.
theconversation.com
3    View on Facebook