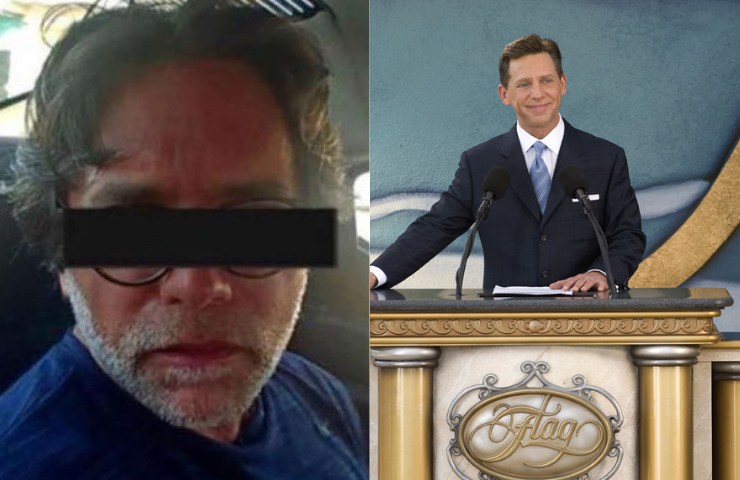 A form of this post first appeared on the Frank Report, stitched together from a few of my comments there.

I appreciate Frank getting this message out. I’ve filled in some of the jagged edges, updated it with more information, deleted things I didn’t write, and reposted it here.

You can see the concerted attempts to derail discussion of the issues I raise in the comments section of this post at the Frank Report. This has been a consistent pattern on the Frank Report from Day 1, investigated by Frank himself.

In her interview with Sarah Edmondson and Anthony Ames for their podcast, A Little Bit Culty, lead federal prosecutor Moira Kim Penza said of NXIVM and the years of lack of law enforcement interest in their crimes:

“Frankly, I can’t fully comprehend why law enforcement didn’t act earlier. Of course, this is a very complex case. And I came at it in a world in which I had a very dedicated team. I was at the Eastern District of New York, which has a lot of resources, which has a historical practice of prosecuting these really big racketeering cases. So I had all of that on my side. But I do think it’s a real question that still remains out there as to why nothing was done earlier [by law enforcement in Albany area, i.e. Albany DA, State Police or the feds in the Northern District of NY].”

Nor why Scientology hasn’t been indicted since 1978, when L Ron Hubbard’s wife and 10 top officials of the Church of Scientology were indicted and convicted and sent to federal prison. That’s when Hubbard took off on the lam from the law.

Within a few years, Hubbard was no longer on the run, and he was building a new ranch for himself in Creston, California.

He died in 1986, and within 7 years of his death, his Church of Scientology received full tax exempt status from the same federal government that sent his wife and 10 other top officials to prison.

What happened in those intervening years?

Tony Ortega, Mike Rinder and others say the feds have done nothing about Scientology’s murders made to look like suicides because the federal government is afraid of Scientology.

Mike Rinder repeatedly says it’s because “Scientology is a religion” so the government can’t act because of the First Amendment.

But let’s keep thinking through their manufactured fog, and keep asking questions, shall we?

Warren Jeffs, Sun Myung Moon, and dozens of Catholic priests have all been successfully tried and convicted by state and federal prosecutors – despite the 1st amendment.

I asked Moira Penza on Twitter what she had to say about the death of Kyle Brennan.

I presented her with the evidence of murder at the crime scene:

– Kyle was found dead of a downward trajectory gunshot wound to the top left side of his head in the home of his Scientologist father. Kyle was right-handed.

– 14 pieces of crime scene evidence were wiped clean of fingerprints.

– The gun that killed Kyle Brennan had no blood or fingerprints on it.

– No gunshot residue was found on Kyle Brennan’s hands.

– The bullet that killed Kyle was never found.

– Witnesses who were there that night, including David Miscavige’s twin sister Denise Miscavige Gentile, and her husband Gerald Gentile, changed their stories repeatedly in the weeks and months after the incident.

– Kyle Brennan’s computer was wiped clean of all files and was completely empty when it was returned to his family.

Like all federal agents and prosecutors – Moira Penza was completely silent on the murders made to look like suicides by the Church of Scientology. I guess the New York Times hasn’t presented her with the evidence she, or any other federal prosecutor, needs to build a case against Scientology.

Here’s the critical thinking question Nippy alludes to in his interview above:

Why did NXIVM get completely obliterated by the feds while Scientology remains unindicted since 1978?

NOTE: I made a full transcript of Moira Penza’s interview here.

See Also: The US Government Now Owns and Controls All NXIVM Intellectual Property